“Lakawanna”, my last Sawatch Centennial has somewhat eluded me for a while. I have had numerous trips to the vicinity over the past few years, where I had hoped to zip up it and back via the S. Slopes route while passing through and even attempted it back in July, late one afternoon after a run on La Plata (bailed early on because of storms). Fortunately, plans solidified with Dave and Emily late in the week and the stage was set.

Sierra and I left the house at 4:35am and after a 10 minute stop in Twin Lakes, we made it to the TH around 7:15am, made our final preparations and were on the trail by 7:28am. I did a little bit of research on this route which entailed skimming the guidebook and glancing at a map, but it seemed very straight forward and intuitive. We missed the first ‘turn’ after .2 miles and went just a bit further and eventually realized our minor error. The creek crossing was easy here and we soon found what we thought might have been the correct old and faded mining road. We followed it for a few minutes and realized that it was leading us somewhat astray, so we just headed East up Lakawanna Gulch on the N. side of the creek for a short while on a well worn game trail, until it seemed appropriate to cross to the S. side in search of the proper dirt road.

After crossing the creek, we soon came across the proper road, followed it for a few short minutes and after a bit of debating which may be the best way, attacked the fall line through the woods to gain the Northwest Ridge. The bushwhack up the ridge was steep, yet fun and easy at the same time. Treeline appeared before long and the views opened up before us on this perfect morning. We took our time working our way up the ridge, going an easy pace and enjoying ourselves as we caught up on summer trips and happenings.

Before long, the angle of the ridge receded and made for enjoyable tundra walking, with a bit of boulder hopping mixed in along the way. We stopped for a long break on Pt. 13,660, taking in the views and I was surprised at how distant the true summit of Lakawanna appeared, but knew that it would be a quicker and easier trip than it initially appeared.

A few false summits later, we were standing on the true summit at 10:09am. We spent about a half hour on top, enjoying the amazing views, chatting it up, taking pictures and eating. I really missed having Allison along more than any time this summer and this summit seemed bittersweet, as it was so enjoyable, but was a bit incomplete at the same time. The potential for this to be my last, or one of my last high mountain outings before the twins are born also weighed heavily on my conscience, along with the obvious signs of fall made the trip even that much more poignant.

We decided to make a nice loop out of the hike and descend Lakawanna Gulch. Dropping off from the saddle into the gulch was steep and loose, but pretty short and once below the headwall, it was a very scenic and enjoyable stroll. We stopped a few times to let the dogs frolic in the few remaining snow patches and play in the water along the way. The willows in the valley looked daunting, but we stayed somewhat high on the South side of the valley, often just above the willows, following some convenient game trails that always led us in the proper direction.

Once at treeline, we found a very nice path, passed a few cabins and we were soon back on the dirt road, thus closing our loop. We followed the lower section of the road that we had skipped in the morning, came to the creek and were thankful we crossed a short ways above, as it was wider here with very few rocks to cross on. Dave made it across mostly dry, but it being minutes from the car, I just splashed through, not even trying to stay dry. It felt great. Another great day out with Dave, Emily and the dogs. 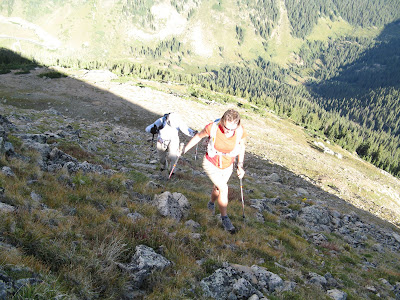 Sierra was the climbing champ this day, there was no way to match her pace. 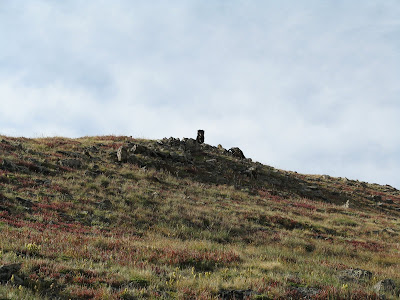 Sierra leading to a false summit. 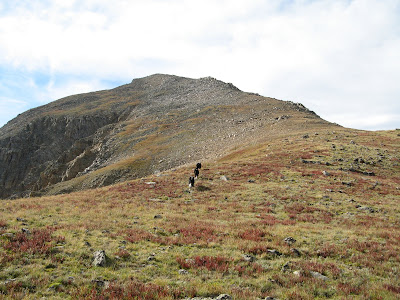 Another false summit.  Fall is apparent. 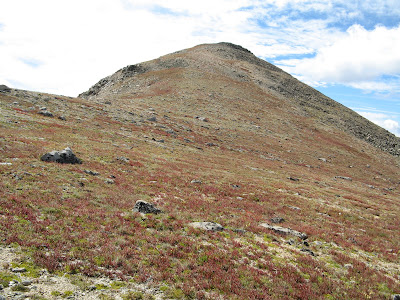 Some of the best summit views around. 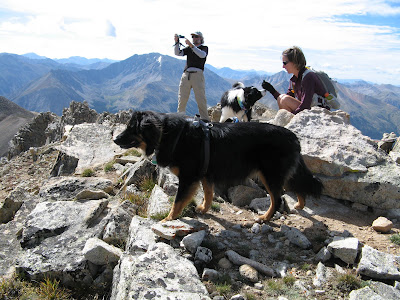 Queen of the mountains. 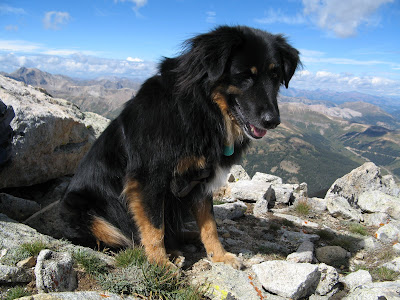 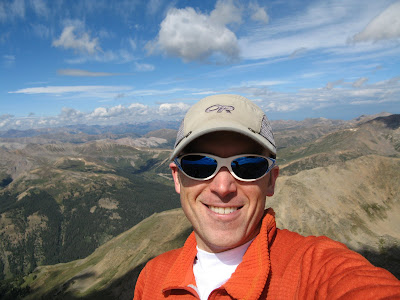 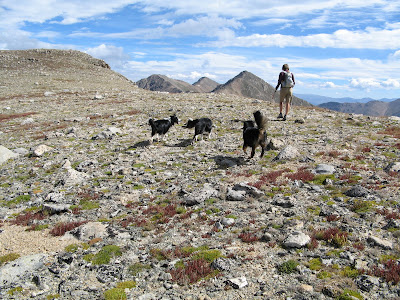 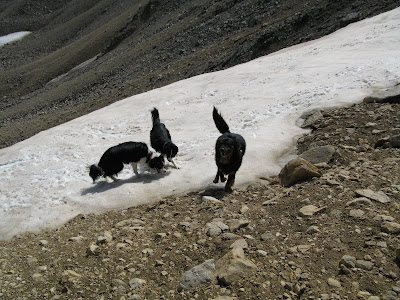 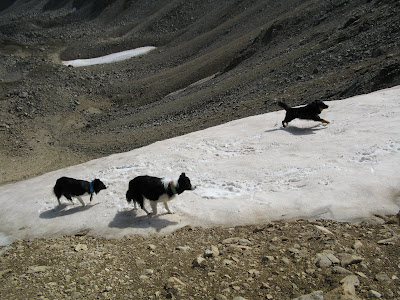 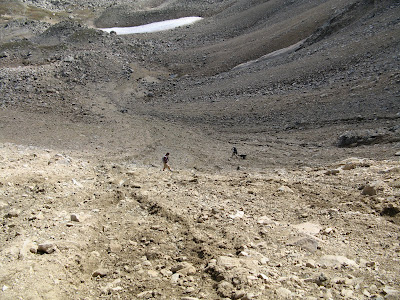 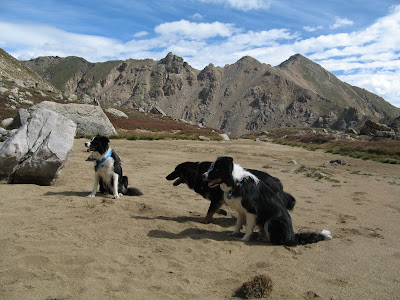 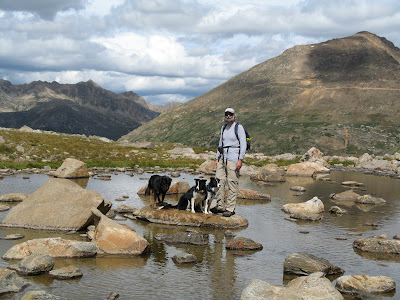 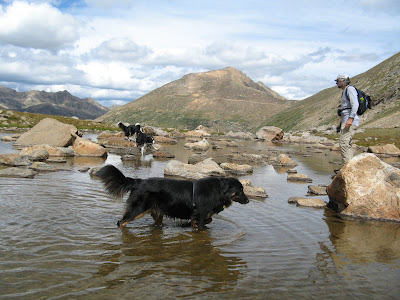 Posted by Jeff Valliere at 1:04 PM