Met up with Dave and David Riddle at Chautauqua for a lap on Green.  David was visiting town from Ohio with his wife and wanted to get in a little trail running before they headed up to Summit County for a weekend of skiing, so he had contacted Dave for a Tour.  Headed up Amphitheater/Saddle Rock/Greenman at somewhat of a conversational pace (they were conversing while I listened).  Conditions were a bit better than Wednesday, but it was windy again and there was plenty of freshly drifted snow to slip around in.

We spent a while on the summit, pointing out the neighboring summits (those that were not obscured by clouds) and just chatting for a bit.

Headed down West Ridge to the top of SuperFlag, which was rough in spots and included a good bit of post holing.  Long Canyon was in better condition, sheltered from the wind and even packed by somebody with snowshoes.

Great day out, a little cold and breezy at times, but seemed calm compared to Wednesday.

I got a kick out of this rather large and heavy (50lb) trophy sitting out front of Dave's apartment.  He has so many, he uses them to decorate outside even.  This one was used to prevent his patio from flying away during the recent wind storm. 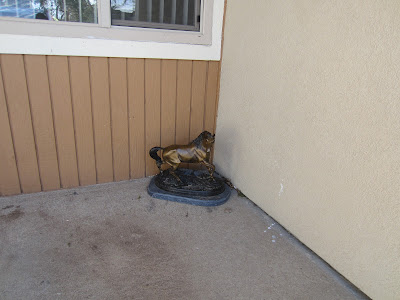 Traversing the drifted, off camber section of trail above the Greenman/Saddle jct.
Dave, David 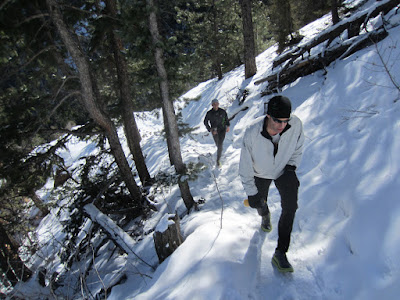 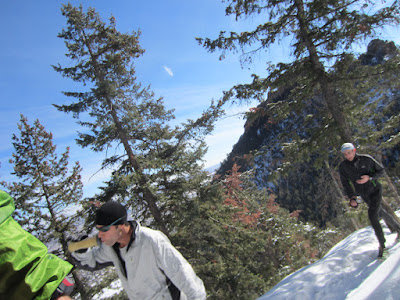 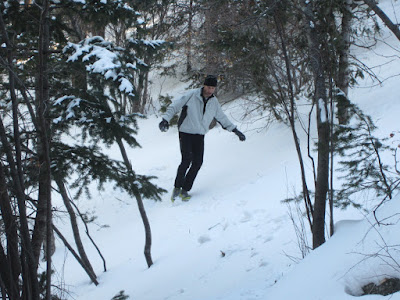 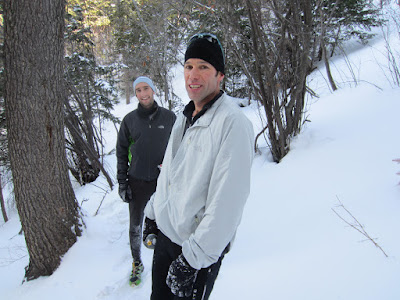 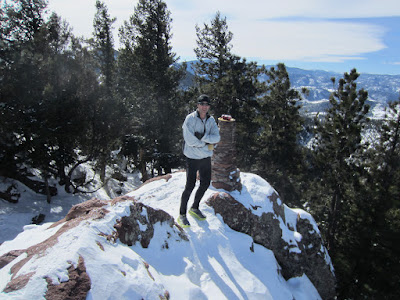 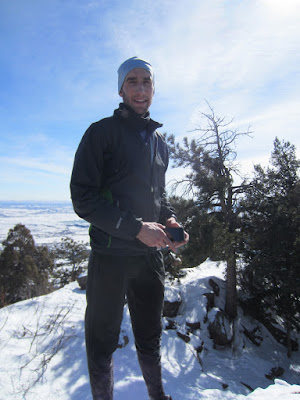 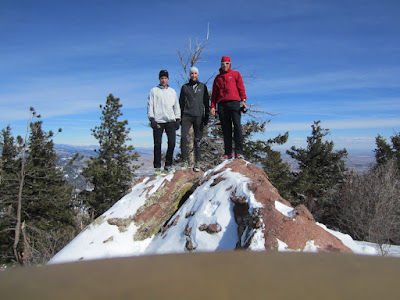 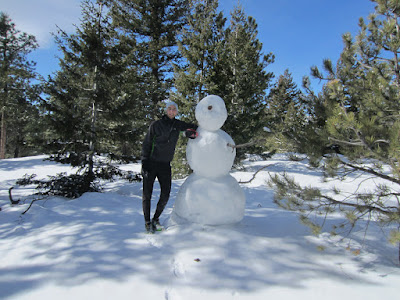 Posted by Jeff Valliere at 2:09 PM