Not sure where to start since I last posted, but have been getting in some very satisfying runs locally.  Fitness is pretty good, I think, at least good for my usual laps on the local peaks.  I even managed to eek out a 49:19 round trip PR on Green Mountain from the Gregory lot, which was a surprise given how slick the conditions were that day.  I still think I can drop that some with better conditions.  I am at the point where I get tempted to be somewhat greedy with my fitness and push things too much, but I do not want to peak too soon or risk digging myself into some sort of hole like I have done in past years.

How that will translate on Monday for the Bolder Boulder I am not really sure.  I don't really care all that much either, as road 10k's (or road anything) are not really my thing, but I hope to at least feel that I pushed my hardest and come up with something quicker than I normally run while pushing 80+ lbs of baby jogger.  That however will be a tall order though, as I feel like I truly run better when pushing babies around.  Either way, work once again graciously paid my entry fee (along with 75 other co-workers), so I feel like it would be hard to pass up such a fun race.  I'll also have 4 free hours after the race, so I am hoping to hit the trails and cleanse myself of my paved sins.  Ideas include continuing my run without breaking stride to the top of Green and back, or perhaps boogying up to Brainard for a lap on Audubon.

Tony wrote a great article here about Skyrunning.  I could not agree with what he said more and really makes me wish we had more similar things here, as we certainly have the terrain for it.  Not sure what is holding us back in the U.S. though, lack of passion/interest for this type of niche sport?  Legal concerns?

I love this approach though and it makes me think a bit about my own motivations and how I see myself as a "runner".  I use the term very loosely though, as I don't really see myself as such, but more of a cyclist (though I don't bike much anymore)/mountain climber who loves to get up (and sometimes down) a mountain as fast as I can.  The steeper the better too, as I am most at home when I have to use my hands on my knees or even move forward on all 4s for balance at least.  I feel like if there were more races on steeper terrain, I would probably place a bit better.  However, that still does not get me around the fact that a). I don't really even like to race that much.  b).  I hardly have time for it now with my life circumstances.  c).  I am also too cheap to race and usually just prefer a day in the mountains to enjoy as I please.

Allison and I were able to temporarily escape the confines of twin parenthood for 26 or so hours on Tues/Weds for a trip to the Springs as a guest to the USAFA Graduation.  We joined our great friends Dave and Emily (Dave is a professor there) and got to see President Obama give the commencement address and watch the Thunderbirds fly.  Also rendezvoused with Brownie for a few minutes, but regretfully only had a few minutes to chat.

Following the graduation, we headed over to Dave's staple training hill, Mt. Herman.  It is short, only ~3+ miles RT with 1,600 feet of gain, but most of it is super steep and the trails are not particularly well established or manicured.  I was especially envious that it was not tightly regulated with leash laws, no dog signs, no closures or any other restrictions or regulations.  No worries about fou frou jumping prebble snails or rare and endangered orchids.  Good stuff.

Today we got out for a full lap on Green with the girls and Sierra.  It was the perfect day for it, nice and cool, mostly overcast, but with some sun to warm things up from time to time.  Everyone had a great time and we let the girls out of their carriers a few times to let them explore and pick dandelions.

I'm really hoping to get up high next Thursday or Friday, hopefully with Homie.  No solid plans yet, as I'll have to feel things out on the home front and consult the forecast, but would love some company if anybody happens to be free. 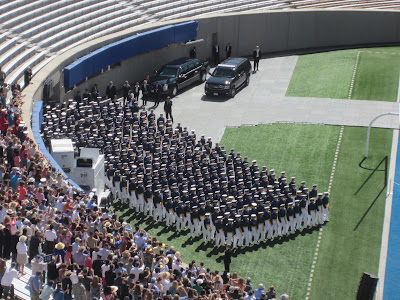 Obama walking to the stand.  I was quite surprised that they let him walk out on his own, I expected him to be flanked by the Secret Service. 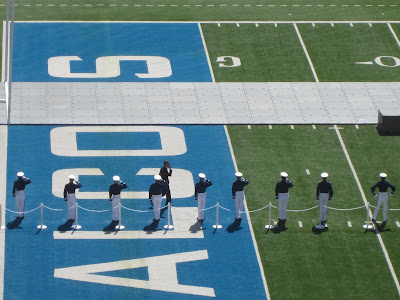 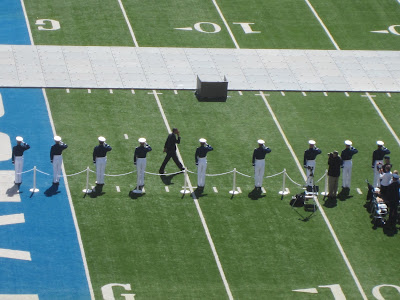 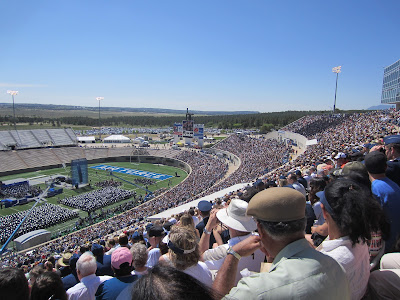 Snipers at the ready.  I found it interesting to check out all the sniper positions on the buildings and nearby hillsides. 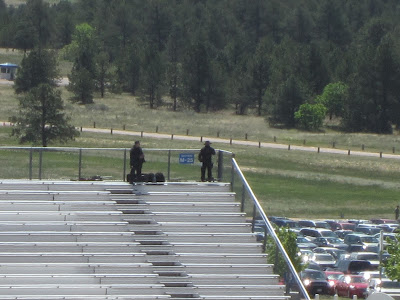 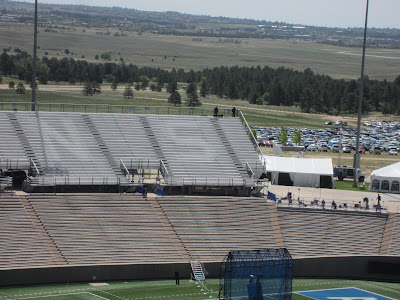 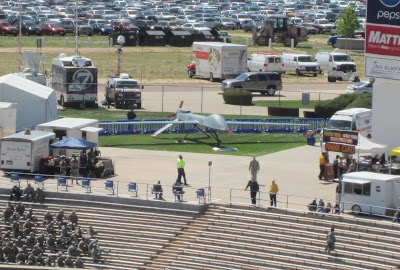 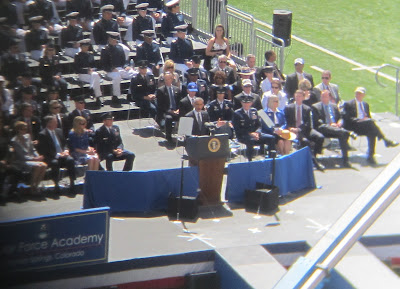 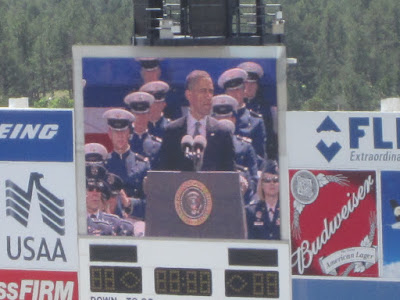 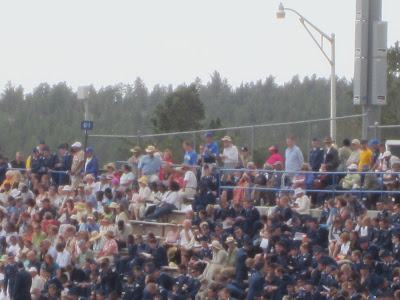 Obama enthusiastically saluted, shook hands with each and every grad for ~2 hours. 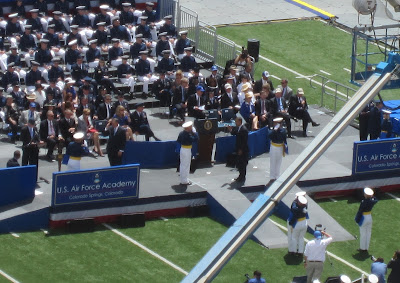 The Thunderbirds buzzing the stadium as the grads toss their hats. 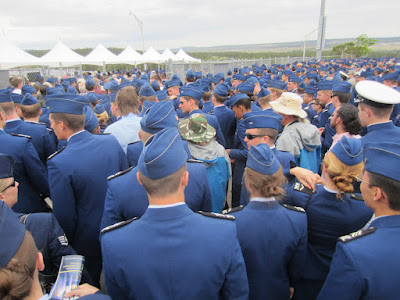 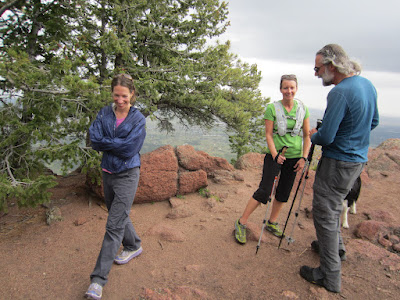 Kiefer and Shep too. 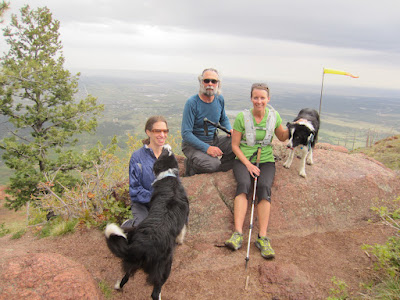 Steep and gravelly on the descent (of course I selected a pair of road shoes with no traction).  It was harder to walk this trail at a hiking pace and be braking, so I would either let them get a bit ahead and run to catch up, or just run ahead and stop frequently. 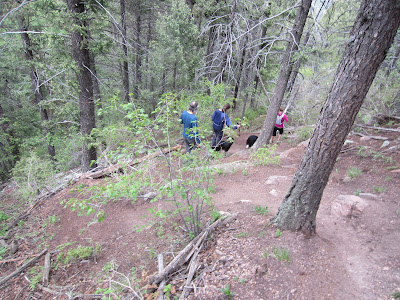 Amelie at the ranger cabin 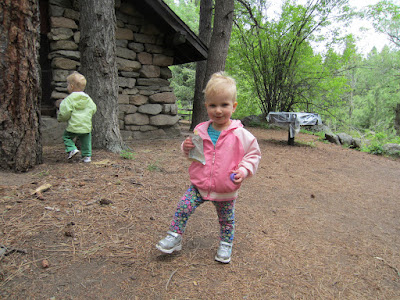 Spending time on the summit. 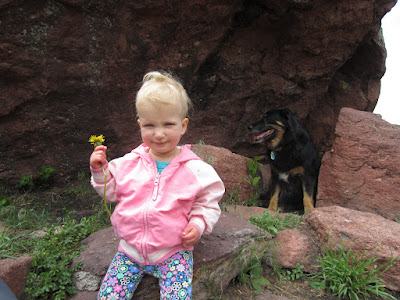 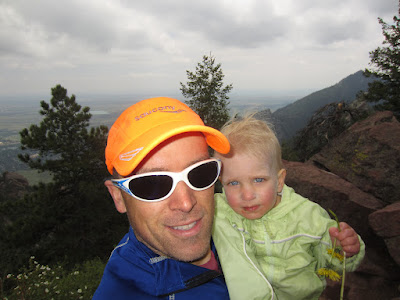 A few new shoes to test as well:

Icebugs Pythos2.  Tough time of year to test these, but I can't wait to put them to good use next Winter.

Merrell Mix Master.  Though initially skeptical, these are awesome shoes.  A good compromise "minimalist" shoe that is not too light with too little protection, but not bulky and overbuilt either.

Adidas something or other.  Comfortable and well cushioned, but are somewhat heavy.

Adidas Tempo 5.  Planned to give these to Brandon, but he snoozed and I have since been putting in some solid trail miles in them (despite the fact that it is a road shoe) and have since become attached.  Super light, comfy, good forefoot protection, great cushion for the weight and that Continental rubber outsole grabs like magic.  Hopefully more shoes companies work something out with Conti soon.