I sprung out of bed this morning like a 6 year old on Christmas morning as I remembered that Green Mountain was to be re-opened today.  After seeing S. Boulder and Bear Peaks burn last week and even seeing a small fire on Green Mountain, I was a little concerned that Green would go up in flames too, so needless to say, myself and many other were relieved as well that it is safe, at least for the time being.

I think I was a little early though, as it was, well, early and I saw nobody out there, nor did I see one other footprint.  Kind of weird in a peaceful and tranquil sort of way.

Here are a few pictures of the burn area looking South.

Upper Bear looked singed, but as bad as I had feared. 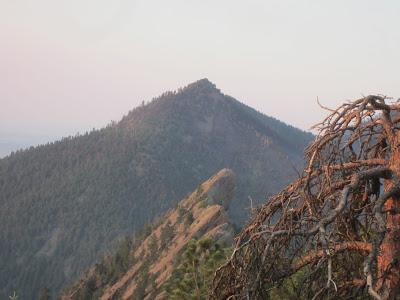 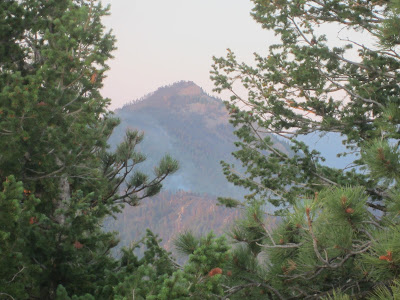 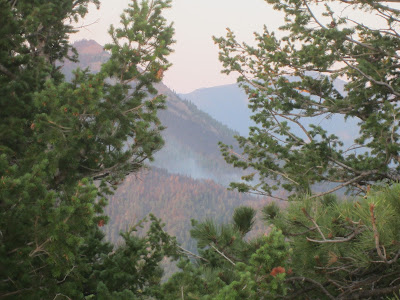 There is still some smoke billowing, I am guessing from the backburn and efforts to contain 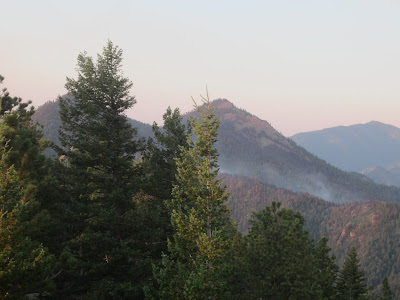 The West Ridge Trail looked especially worked over though, a real shame as it was one of the best rolling stretches of trail around.  I should improve the views though. 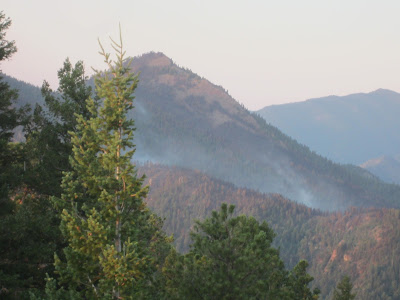 Posted by Jeff Valliere at 6:59 PM