Not much new here to report. I have been getting out on occasion, just a few casual laps on Green per week, maybe a baby jogger run or two, but have generally been taking things very easy as of late. My left Achilles was a bit twingy after Thanksgiving (probably from stupidly running part of a turkey trot a bit too fast with the baby jogger). On a pain scale of 0-10, it was a very occasional 2, but have been through similar things enough times, I figured I would take that as a sign to get in a little downtime.

After about a week mostly off and wearing a night splint, I felt as though I had it beat and was eager to get back at it, then I got sick and have felt mostly lousy the last 2 weeks. Being sick zapped my energy and motivation a bit, mostly from the interruption of my sleep. This is all fine though, as things have been extremely busy at home and work, so even though it is quite difficult for me to refrain from getting on the trails, it has been (and continues to be) a welcome change of pace which I will just give in to for the remainder of the year (or until I feel otherwise). I am chomping at the bit to get back at it, but am also being patient at the same time.

Normally, by this time of year, I know exactly where I am at in terms of vertical, miles, # or peaks climbed etc… and tend to chase some stupid arbitrary numbers that not even I really care about any more.  This year however, I have resolved to not even tally it up until the last day of the year, or the first of next.


Over the weekend, Allison and I had a rare night away from the kids (our second time away together in nearly 3 years), so we headed up to Grand Lake for some hiking (not quite enough snow yet for snowshoeing) and a lot of eating. I had secretly hoped to get in a few peaks and went prepared for anything, but the weather was not great and we were not particularly goal driven, so we took things pretty easy and just enjoyed our time away with no real plan. It was cool driving into RMNP this time of year, as the snowpacked, but plowed road was open for 10 miles or so to the bottom of Trail Ridge Road. It was so quiet and peaceful, as we were the only humans out there on the unbroken trail toward Timber Lake.

The second day, we headed up toward Lone Pine Lake from the East Inlet trailhead. We had only planned on 2 or 3 hours, but ended up being out for a bit longer. We almost made it to Lone Pine Lake, but we had long surpassed our turnaround deadline and reluctantly had to call it a day. Referring to Google Earth when I returned home revealed that we were only a few hundred yards from the lake. A bit disappointing to have come so close, but still ended up being a very nice 10+ mile hike in the snow.

The snowpack in the mountains is quite thin, but seems like it might be starting up, at least a little bit. 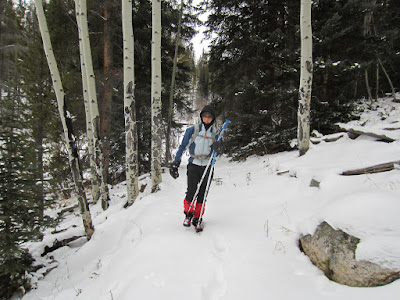 Mountain Lion tracks?  I can't imagine what other large cat might be out there roaming. 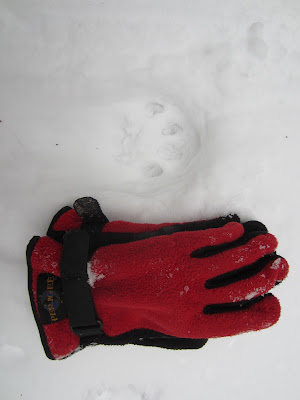 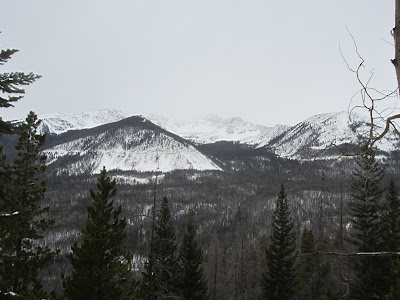 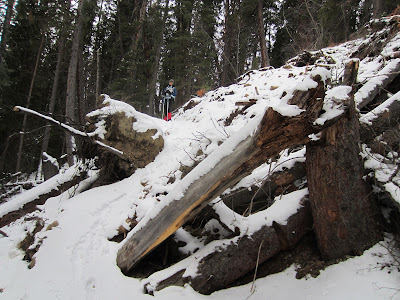 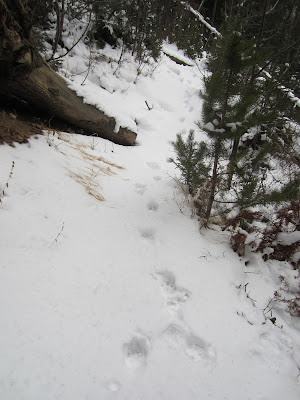 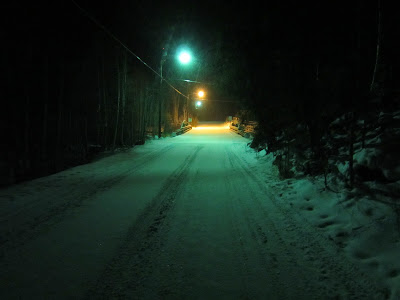 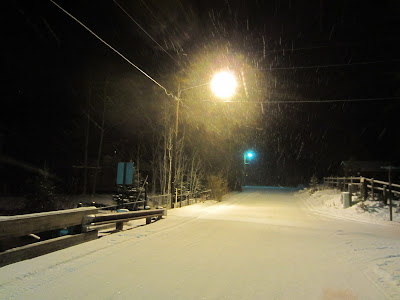 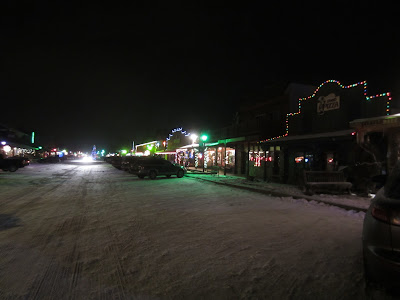 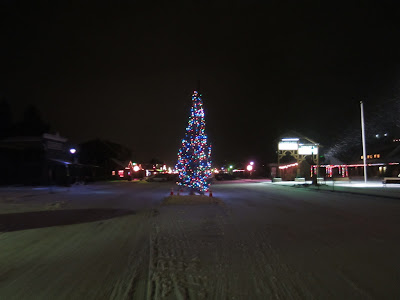 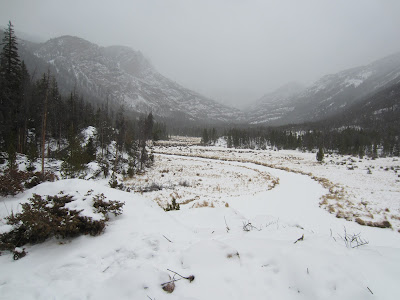 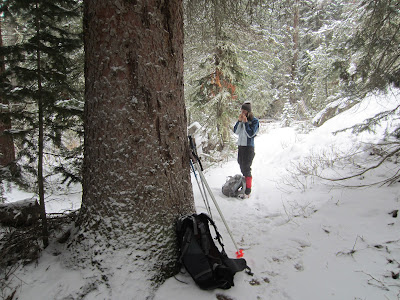 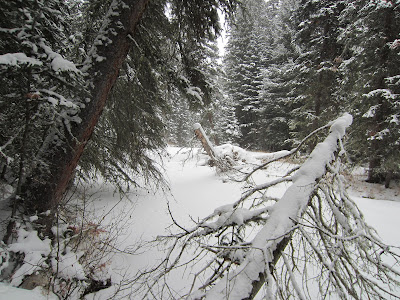 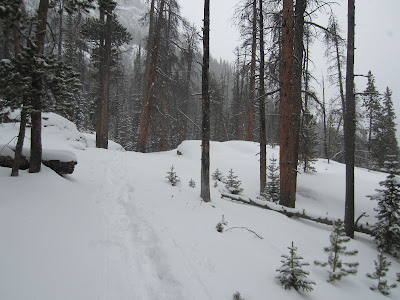 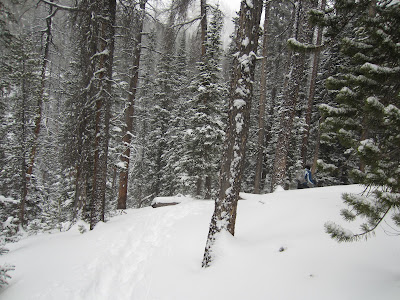 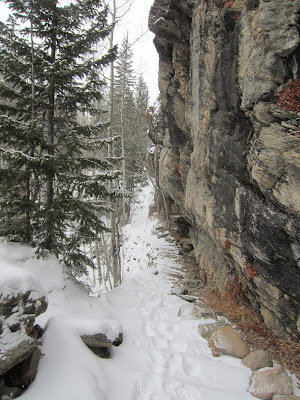 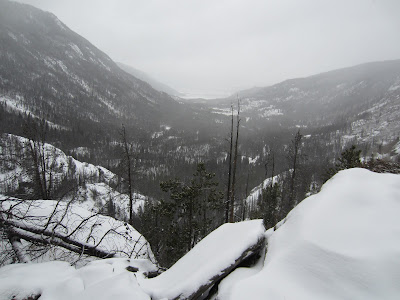 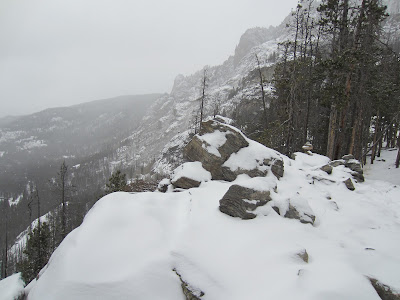 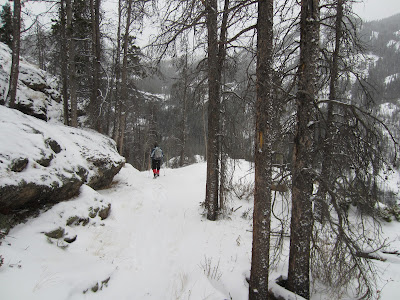 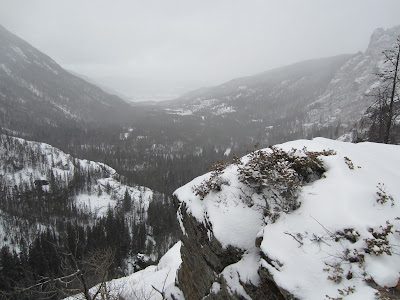 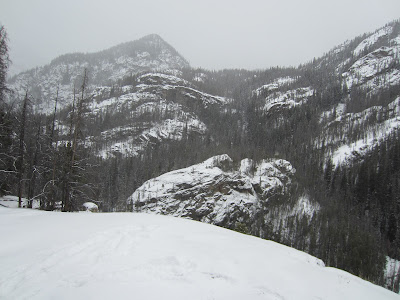 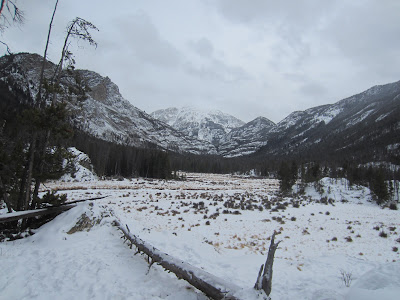 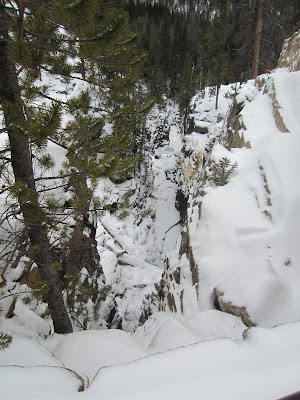 Posted by Jeff Valliere at 7:00 AM