Last Saturday, on a whim, I decided to race the Taste of Louisville 5k.  After a few email exchanges with the race director about whether or not I could start at the front with the baby jogger, they eventually relented and allowed me to do so.

I took it out hard from the gun and was immediately in the lead and took advantage of the slight downhill grade through town and found myself running solidly in the low 5 range and even saw 4:51 at times.  Eventually, the road leveled and the real pushing began.

As I suspected, just before the first mile marker, I got passed by the eventual winner, yet stayed reasonably close.  I passed the first mile sign in 5:35, though my Garmin beeped the first mile 20 seconds later in 5:55.  It was about here that the course turned to dirt on the Coal Creek path.  The trail was in good condition, but I could feel that the dirt was slowing my pace a little as well as the minor rollers. 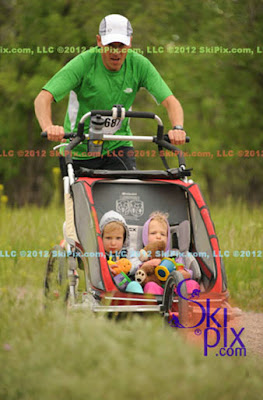 I soon got passed by 2 more guys, then another, but then they did not open a gap, so I repassed back into second place, then got passed by them again.  When I came to where the course description said the turn around would be, I was surprised to see no sign or cones and everybody was continuing ahead, up a short, but steep hill into a neighborhood (I was hoping to avoid this with the jogger).

I lost a bit of momentum here with the uphill and turn that involved some curb negotiation, but pushed hard on the downhill, barely able to keep up with my feet and the jogger.  I caught back up to 2nd, 3rd and 4th just after mile 2 and somehow found another gear and surged past them and kept going, slowly gaining time.  As I neared mile 3, I could hear somebody creeping up on me and as we hit the final straight.  He came along side of me, gave me some encouragement and we went back and forth all the way to the line, but he ended up edging me out by just a few seconds and we were only 30 seconds behind the winner.

The course measured long at 3.3 because of the misplaced turn around (apparently this happened last year as well, even though this was advertised as a certified course).  A few of the other guys with Garmins also measured it exactly at what I did, so hopefully they can get this straightened out, as some were using this race as a qualifier.

After the race, we later participated in the Kid's Fun Run.  We started at the back and soon the girls were trailing far behind.  Isabelle was struggling in last place, just behind Amelie who was starting to gain ground. Completely on her own, Amelie stopped, waited, then took Isabelle's hand and escorted her over the second half of the course all the way to the finish line. It was definitely one of the sweetest things I have ever seen, true love between sisters. 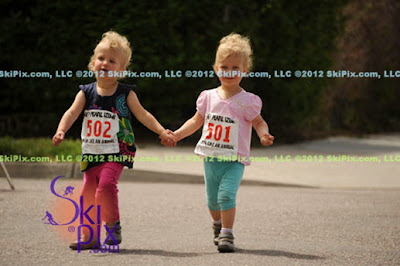 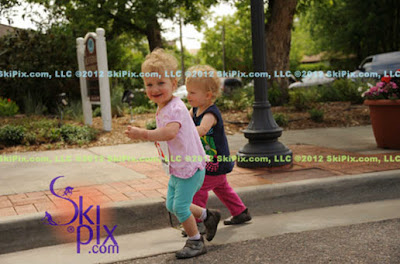 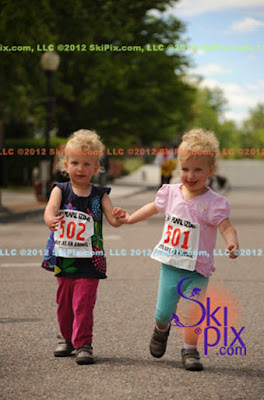 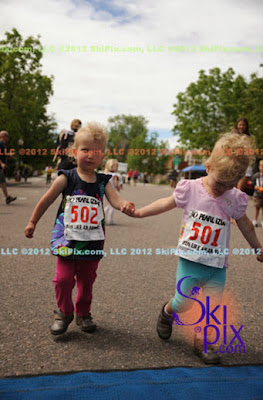 Posted by Jeff Valliere at 4:03 PM