My sister Darcie came to visit for a few days and instead of going to Leadville to cheer on Lance as originally planned (Lance decided not to race), plan B was a 14er or two.  With perfect weather and the company of Nate, Brandon and Sierra, Darcie successfully summitted her first and second 14ers and did an awesome job, having only been in Colorado for a day since travelling here from sea level.  I am so proud of her.
Instead of writing more, I'll just post a few pictures from the day: 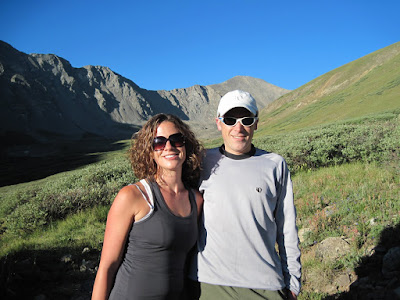 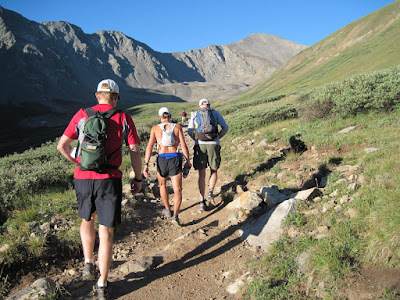 Nate (who is not pooping), Rock Star 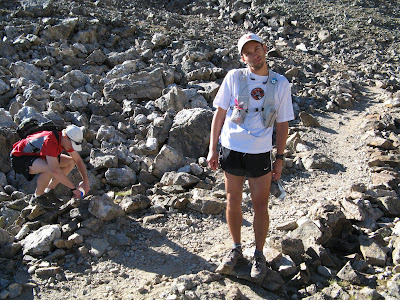 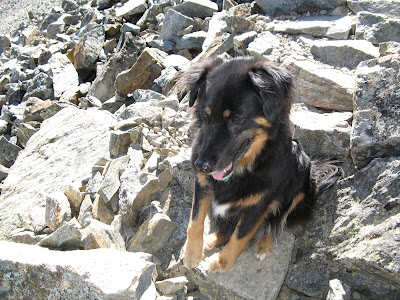 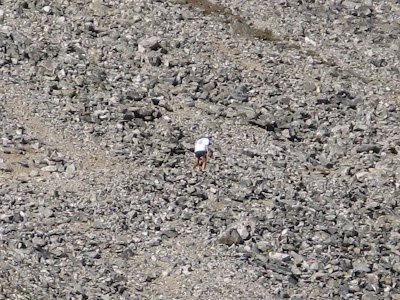 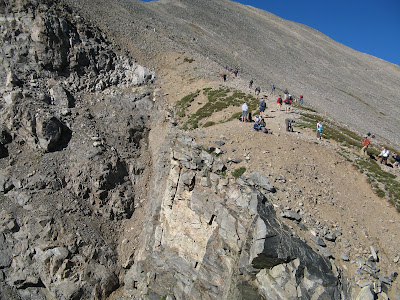 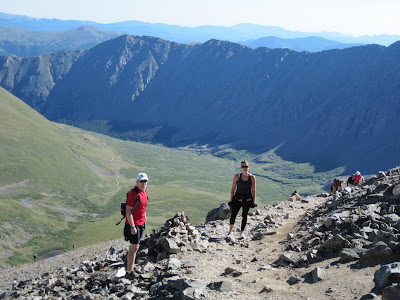 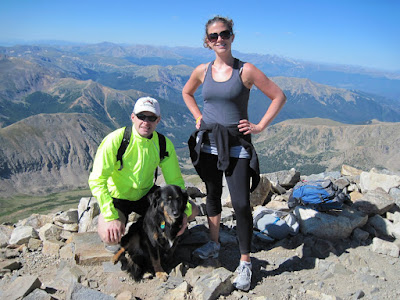 Darcie, me, Nate on Grays 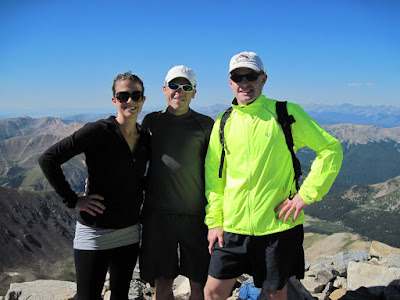 Darcie and I on Torreys 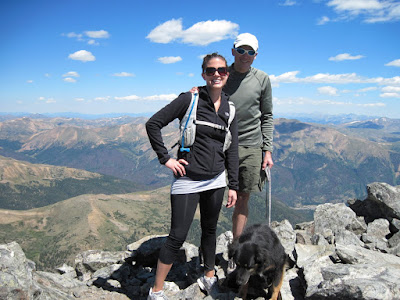 Nate and I at the saddle 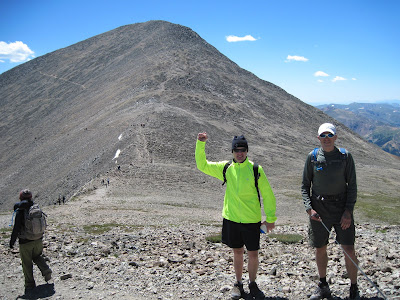 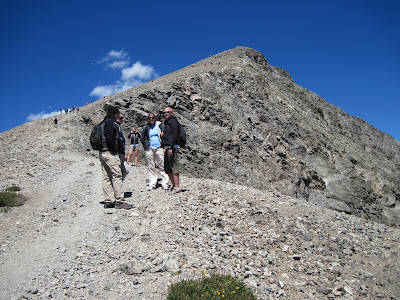 Oh, and for Lucho, we saw a Wolf hybrid on Pearl St. the following day.  It seemed more Malamute in the face/eyes/head, but the body was Wolf without a doubt.  Either way, a beautiful animal (very friendly too). 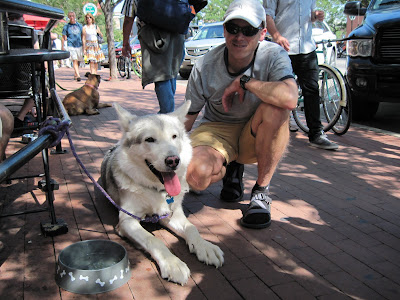 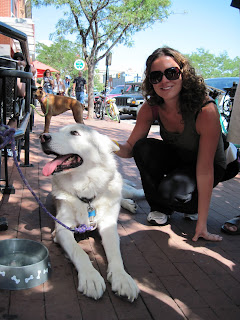 Posted by Jeff Valliere at 8:23 AM