Easy run with the jogger on roads and plowed paths.  Conditions were decent considering the recent ~2 feet of snow, but there were sections of deeper snow/slush that made for some slow going at times.  Just needed a little fresh air and sunshine. 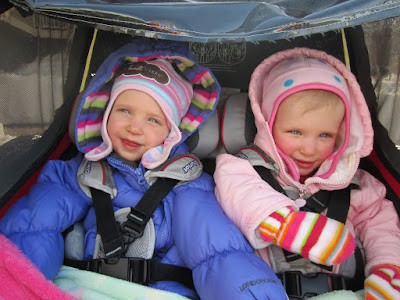 I was looking forward to some top notch wallowing on snowshoes in the several feet of fresh snow on Green Mountain (maybe 3+ higher on the mountain?), but as late as I was to get there, the trail was already well trodden.  As Sierra and I started up Amphitheater (at 4:42pm), I was thinking that my 30" expedition snowshoes were a bit much, as the trail was wide and well packed.  Homie had about a 7 minute head start on me and I was following his tracks with the plan being for me to catch up to him along the way, as he had a time constraint.  Sometimes I pushed hard, anticipating that I would see him just up around the next corner (not knowing at the time how much of a head start he had) and other times I backed off, thinking it was unlikely I would catch him (I was looking to go somewhat easy this evening).

Once above the Greenman/SR jct., I knew I was closing in, as Sierra stopped once or twice to look/listen across the valley with her ears perked up, then took off in hot pursuit.  Soon, I ran into them, as Homie had fortunately stopped to chat with somebody he recognized (who was skiing of all things).  Conditions above GM/SR jct. deteriorated a bit, as that section of trail had seen less traffic and I was now thankful for the larger snowshoes, so I could work on widening/packing the trail.

Spent a few moments on the summit and then headed down at what seemed to not be too quick of a pace, but was definitely a lot of work in the snow and with the big snowshoes.  This trip on Green was a bit more work than average, but was a blast as always and was great to get out with Homie. 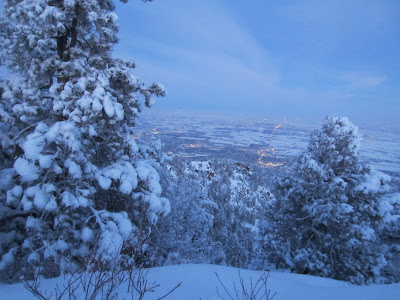 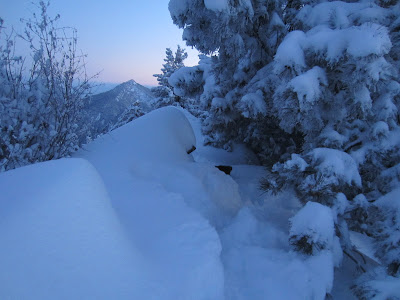 Homie on the summit (the dude on skis was telling us about dropping off the summit block and you can see confirmation of this.  Hope he was using his rock skis, no matter how much snow falls on these peaks, there are still a LOT of rocks and deadfall to hit.) 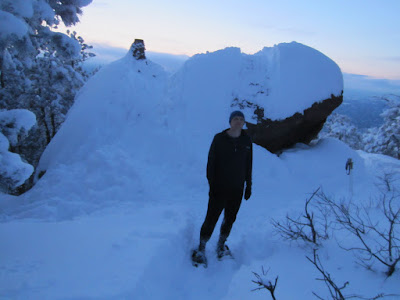 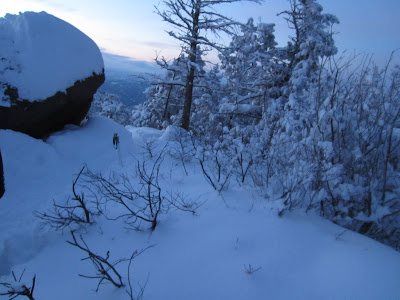 Posted by Jeff Valliere at 6:39 AM