It was a nice warm sunny day, so I took the girls for a bike ride to survey the damage around Boulder.  The damage from the overflowing creeks is obvious and expected, but beyond that, it seemed as though the majority of the houses were pumping water out of their basements and drying wet items out in the warm sun.

In our neighborhood in Louisville, we were largely spared any sort of flooding from the best I can tell.  Our house was completely unaffected and our yard did not even see the least bit of a puddle.  The only casualty was a potted flower we had on the front porch that got too much rain, so we really lucked out.

A washed out bridge from somewhere up S. Boulder Creek near Cherryvale and Baseline 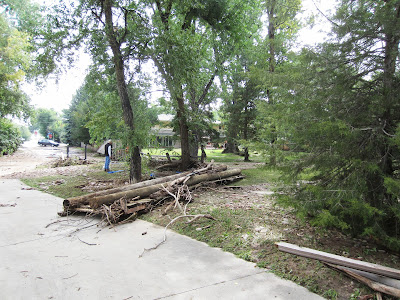 S. Boulder Creek, still high, but much below storm crest 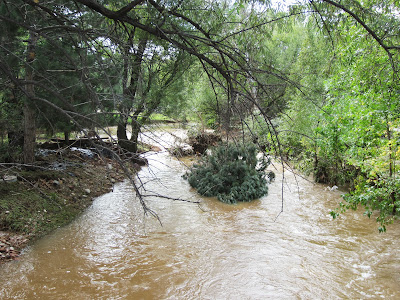 The bike path under Arapahoe at Foothills still under many feet of water and mud. 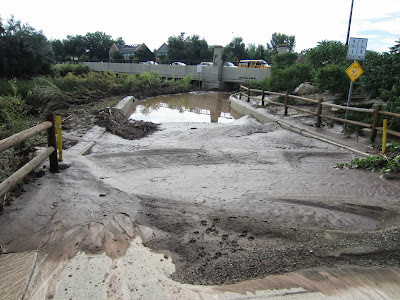 Looking North from Foothills and Arapahoe. 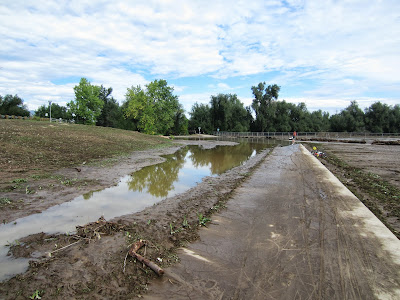 Boulder Creek where it goes under 30th.  The creek has subsided significantly since Thursday, but is still higher than I have ever seen it during the Spring runoff and is very angry and turbulent still. 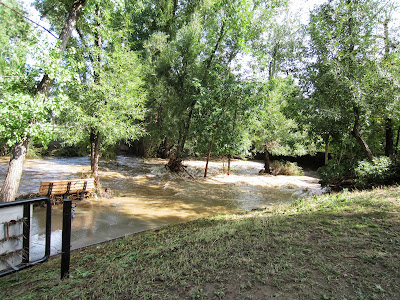 Scott Carpenter Park.  The water had made it all the way to the pool/skate park parking lot. 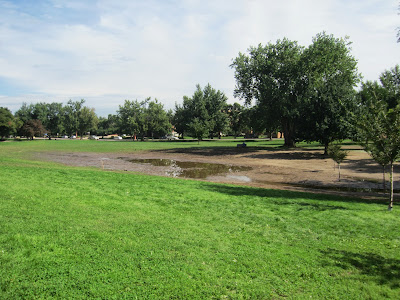 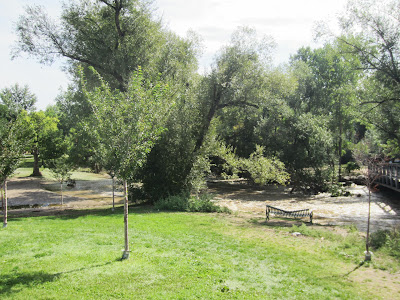 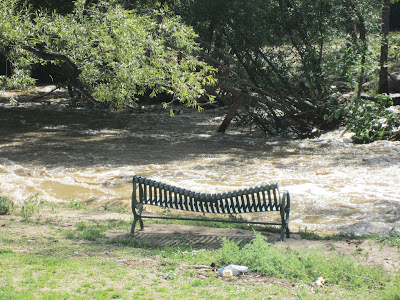 Time out for some real fun. 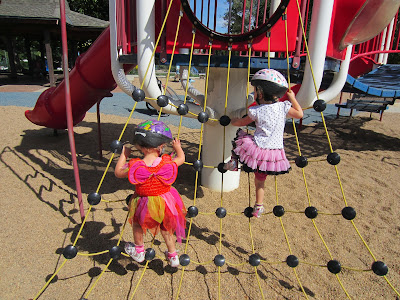 Much of the path is flooded still.  You can loosely follow with a lot of detours and road crossings. 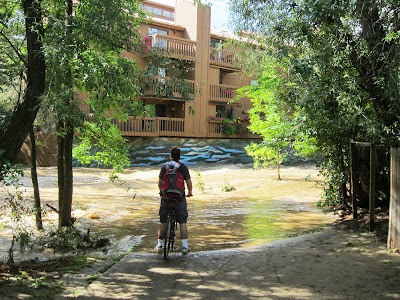 DreamMakers pre school where we enjoyed a Jeff and Paige concert last Monday.  While we were attending the concert was when the wet weather was beginning and I could only wonder (be slightly concerned) about flash flooding and how it might affect this location.  The building is in tact, but they were shoveling mud out of their 3 buildings and I am sure much of the contents inside are ruined. 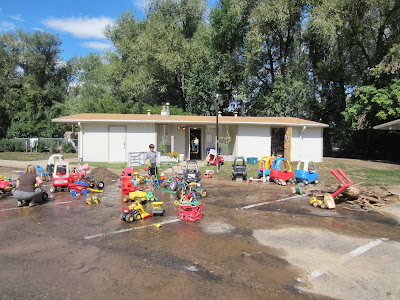 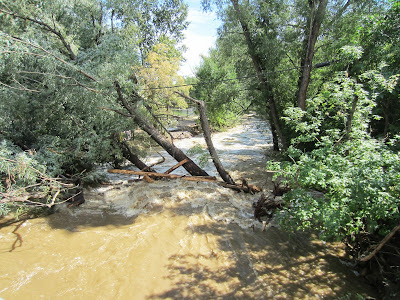 CU lot where the creek passes under Folsom 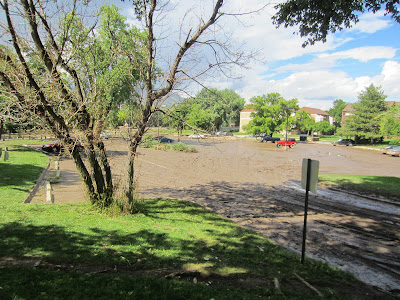 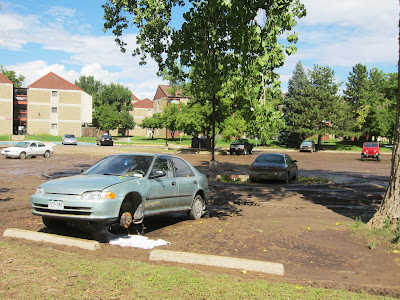 If there was one good thing to come from this storm, all the time stuck at home (combined with the cooler temperatures) allowed me to just about finish my long overdue flagstone patio project (with help of course). 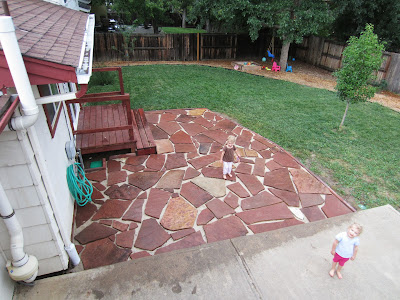 Posted by Jeff Valliere at 9:06 AM