There was a little Halloween race in downtown Louisville, so we decided to go check it out and enter the Spooky Sprint, the shortest of the race options (10k, 5k, 1/2 mile, 1/4 mile and 1/8 mile).  Amelie and Isabelle wanted to go dressed as Snow White and Cinderella, but miraculously, I was able to talk them into Tinkerbell and Fairy costumes, on the grounds that these costumes were faster.

We biked the 1.5 miles into town, got registered and then were told that the Spooky Sprint started on main street and headed back to the start/finish banner.  This was surprising to me, so I checked with the announcer at the start finish (which he confirmed) so with plenty of time to spare, we walked up toward Main Street to watch the 1/2 mile and 1/4 mile races go by.  After the completion of those races, we heard the announcer assembling the Spooky Sprint racers and I was struck at how few of us there were and was surprised that none of the nearby marshals were lining us up despite the fact that the countdown was on.

The start horn blows and we immediately realized that the race indeed started at the start line and we were starting from the turnaround cones.  Oops.  We, along with several others who had asked me where the race started, ran toward the oncoming rush of racers in our race, made it to the start line, where we saw some friends we knew and finally got our race officially started.

I don't think the girls ever really knew the difference as to what was going on vs. what was supposed to happen, but I was a little annoyed by the screw up by two different race officials.  I have raced enough to know that races usually start at the start line and finish at the finish line, so I was skeptical right away, but figured since this was a short kid's race, things might be different.

Either way, the girls were much more determined in this race than the Taste of Louisville race back in June (where they were tied for last), and they held their own here, mid pack roughly.  This race ended up being way too short and I should have signed them up for at least the 1/4 mile if not the 1/2 mile.  Next time, we will sign up for a longer race and be more sure of the start location.

Either way, we all had a great time.

Heading to where we think is the start line. 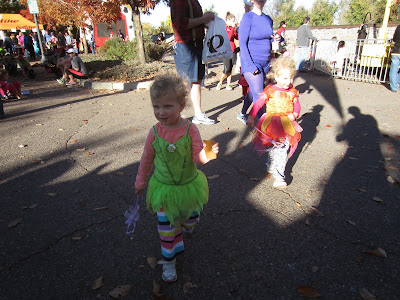 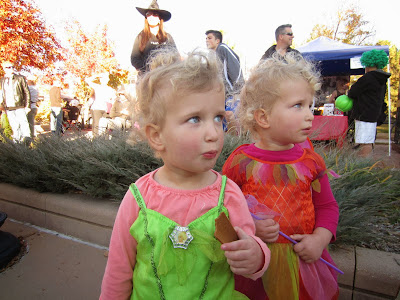 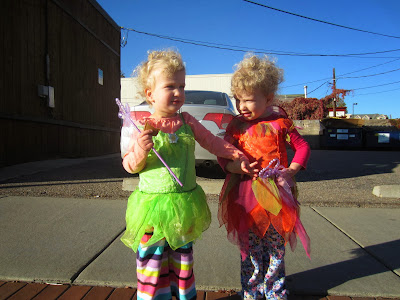 The race is finally underway 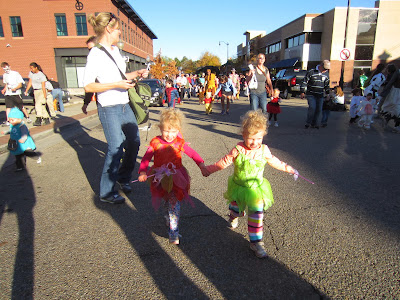 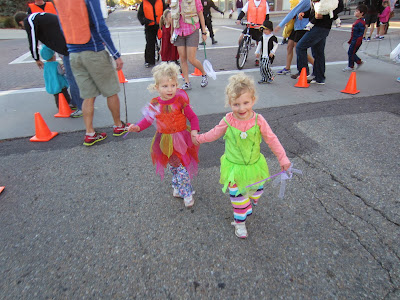 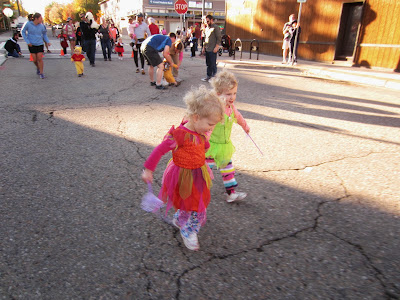 In the finish chute 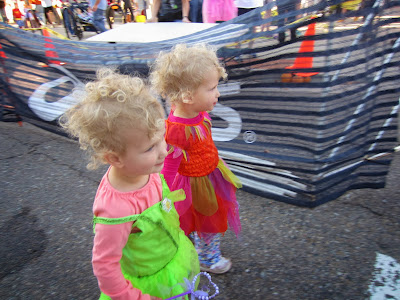 Posted by Jeff Valliere at 7:54 AM