This was my 6th consecutive Bolder Boulder and each year after the race, I promise myself that next year, I will commit to some specific training for the event, yet each year in the preceding months, I simply can't deviate from my routine of running mountains.  The thought of leaving the house or the office for a run on streets or flat paths, no matter how beneficial it may be to increase my speed, has absolutely no appeal for me.  It feels incredibly forced and it takes all of my willpower to urge myself to move forward and I almost always pick doing nothing over flats/roads if I can't make it to a hill.  Some years, I'll do a few runs on the flats, even regularly in 2011 and 2012 when I somewhat embraced running with the baby jogger, but I enjoyed that added challenge and frankly, it was that or nothing on some days.  I am just not a runner at heart, for the sake of running I guess.

So, I basically approach the race each year with the acceptance and understanding that I am way out of my wheelhouse and just give it my all on the day with whatever fitness I have from my much slower trail running.

This year I was a bit unsure as to my ability to meet my baseline goals for this event, run faster than my age, break 40, place in my age group.  Anything beyond that would be a bonus, anything worse would be deserved and I certainly would deserve it, having only run 6 miles of flat path this year, struggling to maintain 7:50 pace 3 weeks ago.

I got to the race start with about 45 minutes to warm up, which for me really just means searching for uncrowded places to use the bathroom over and over, then jogging around socializing with friends and acquaintances that I happen upon.

Once in the start coral, I was a little bummed to be in the AA wave after having the honor of being in the A wave last year, but knew deep down I was in the appropriate spot.  Waiting for this race to start each year, I hear what must be the highest concentration of sandbagging on the planet and it is always amusing to me.  "Yeah, I have not been running much", "my knee hurts", "I was up till 1:30 last night", "I have been sick", "I have been at sea level", "I just run Green Mountain every day".  One friend complaining of not running AND having a knee injury ran the course in 32 minutes.  Only in Boulder.

I debated easing my way up to be on the front of the start line for the AA wave, but just settled for a six or seven person deep start position.  Once the race started though, I found this to be a bit of a mistake, as I felt a bit limited by being stuck in a crowd and was running slower than I would have liked.  On the plus side though, I figured it was not all bad, as it prevented me from starting off too fast, which I can be tempted to do on occasion.

I eventually eased into what seemed like a sustainable pace and held my own in the crowd, rarely getting passed and slowly picking people off, passing crowds of runners by just simply running the tangents.  I just can't understand why so many people,  maybe half that I see, swing so wide on the turns and run clear across to the far side of the street.

Around 2 miles in, I spot a short figure ahead.  As I get closer, I see that it is a young girl, hard to tell her age, but she was really small and it took a while to get around her, as she was really moving strong.  I looked her up later and found out that she is 12 years old and was only 11 seconds behind me.  Impressive.

The "big hill" on the course at mile 4 seemed a bit slow, I noticed that my pace dipped to over 7:00 pace and my HR went up to 178, but I was careful not to blow up and with the nice downhill following, I was able to regain my momentum.  Though I was pushing, I never really felt like I was going too hard and the pace seemed quite sustainable.  I have no top end, just one gear really and felt like I could have sustained the pace I was running for at least twice the distance.  As I neared the stadium, I could hear the announcer and I did a quick glance of my watch as I crossed Boulder Creek and was just over 37 minutes.  I went back and forth between thinking I had sub 40 in the bag and thinking I would just miss it.  I hammered it home the best I could on the awkward surface of the stadium with 21 seconds to spare.

Much of my motivation to run this race each year stems from the fact that my company pays our entry fees, but I have come to really enjoy the vibe of this race and the festive atmosphere.  It is amazingly well run and organized, I hope to return for many years to come. 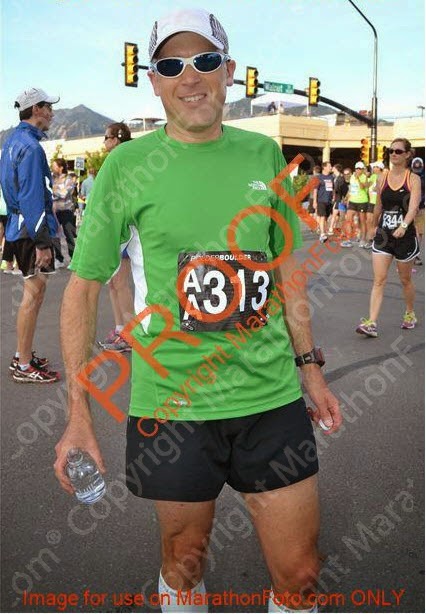 Of the entire AA and A waves (many of whom I caught up to), it was only myself and the guy in white who were NOT wearing tank tops (he is a trail runner too). 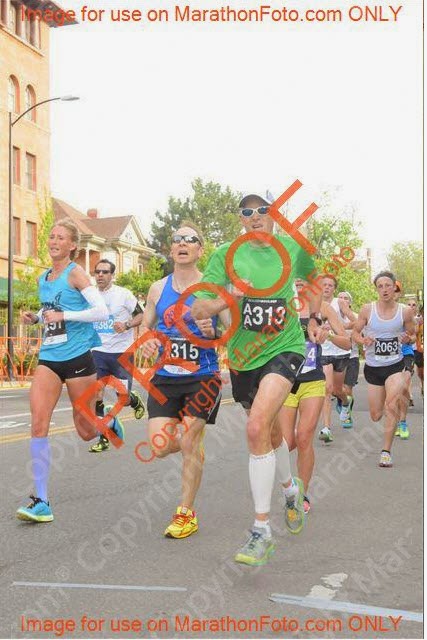 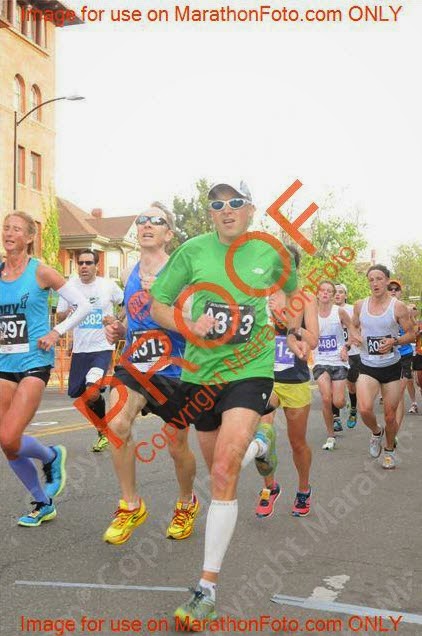 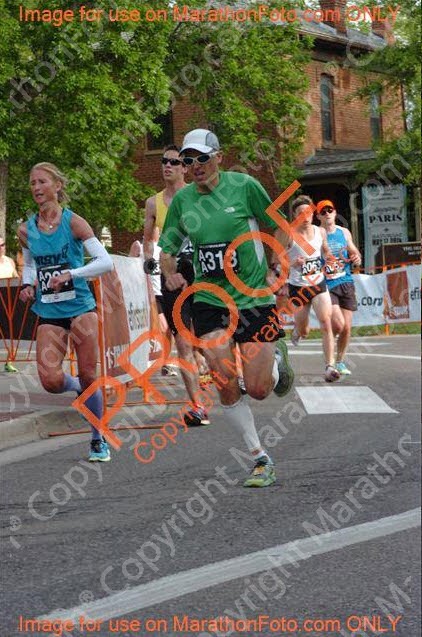 Rocking the new Hoka Huakas.  They were awesome! 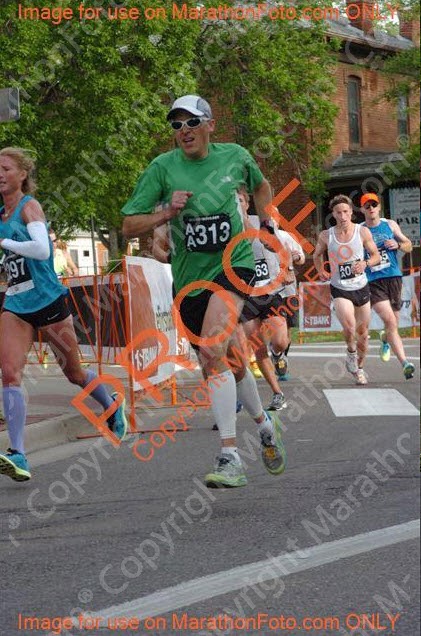 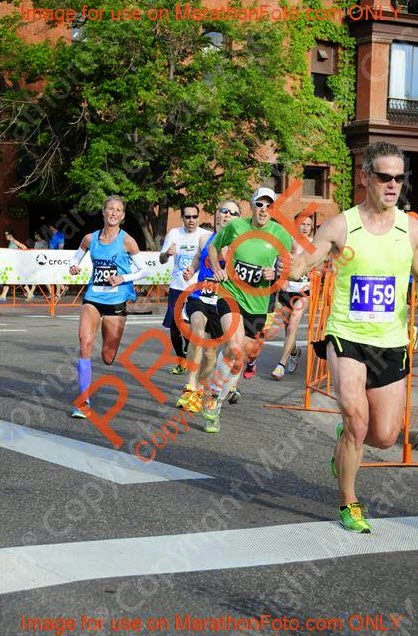 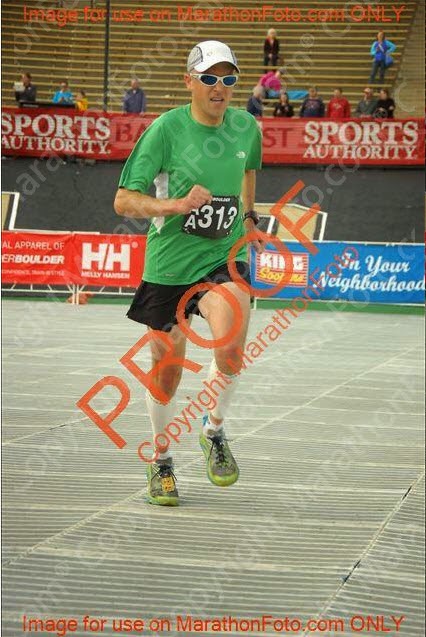 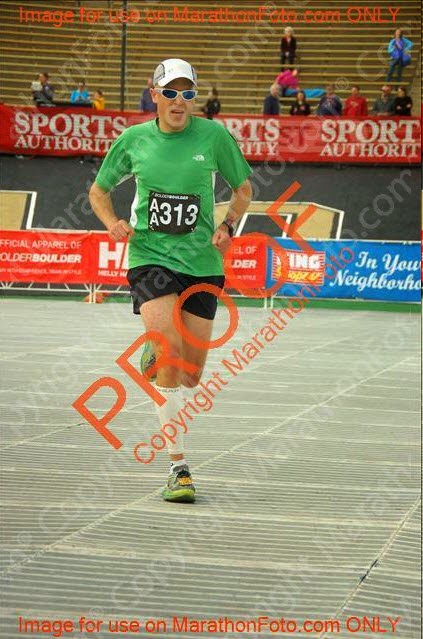 Posted by Jeff Valliere at 2:25 PM