After spending the day doing house chores, digging up the yard to re-route some of the sprinkler system in the sun, chasing sprinkler parts at Home Depot, going to music class (for the girls) and chasing two 3 year old's all the while (along with a trip to the "sprinkler park" here in Louisville), by dinner time, I was downright beat.  I had originally intended to join GZ in running the mile race over at the track meet at CU, just for kicks (I even pulled a light pair of road shoes out from down in the crawl space to prepare), but as the hour drew near, I was still hip deep in sprinkler system work and subconsciously kept pushing on and delaying my departure, until it was about too late.  Too tired to go run a mile, I decided to use the pre-approved time to go hit some peaks and suddenly I was not all that tired anymore.

Parked at Cragmoor, headed up Fern to Bear, then SoBo, back to Bear, West Ridge to Green and back down Bear Canyon.  Awesome evening run, went mostly casual with some occasional intervals where I pushed the pace a bit more (mostly on the descents to compensate for my many photo stops and to beat the impending darkness).  The loop took 2:21 and I felt great at the end, quite fresh and rejuvenated.  Would have done another lap if I had the time/daylight.  I just love these June evenings where I can run until 9pm without a headlamp, cruising deserted singletrack on my own, having summits to myself and having the freedom to go as fast or slow as I feel, turn here, go there, temporarily with no obligations, responsibilities, worries, demands, expectations.  Pure freedom.

The wild flowers are still great on Bear and this time I remembered to bring my camera and snapped a bunch of photos along the way which greatly added to my enjoyment this evening.

On Bear, just above the Bear/SoBo saddle 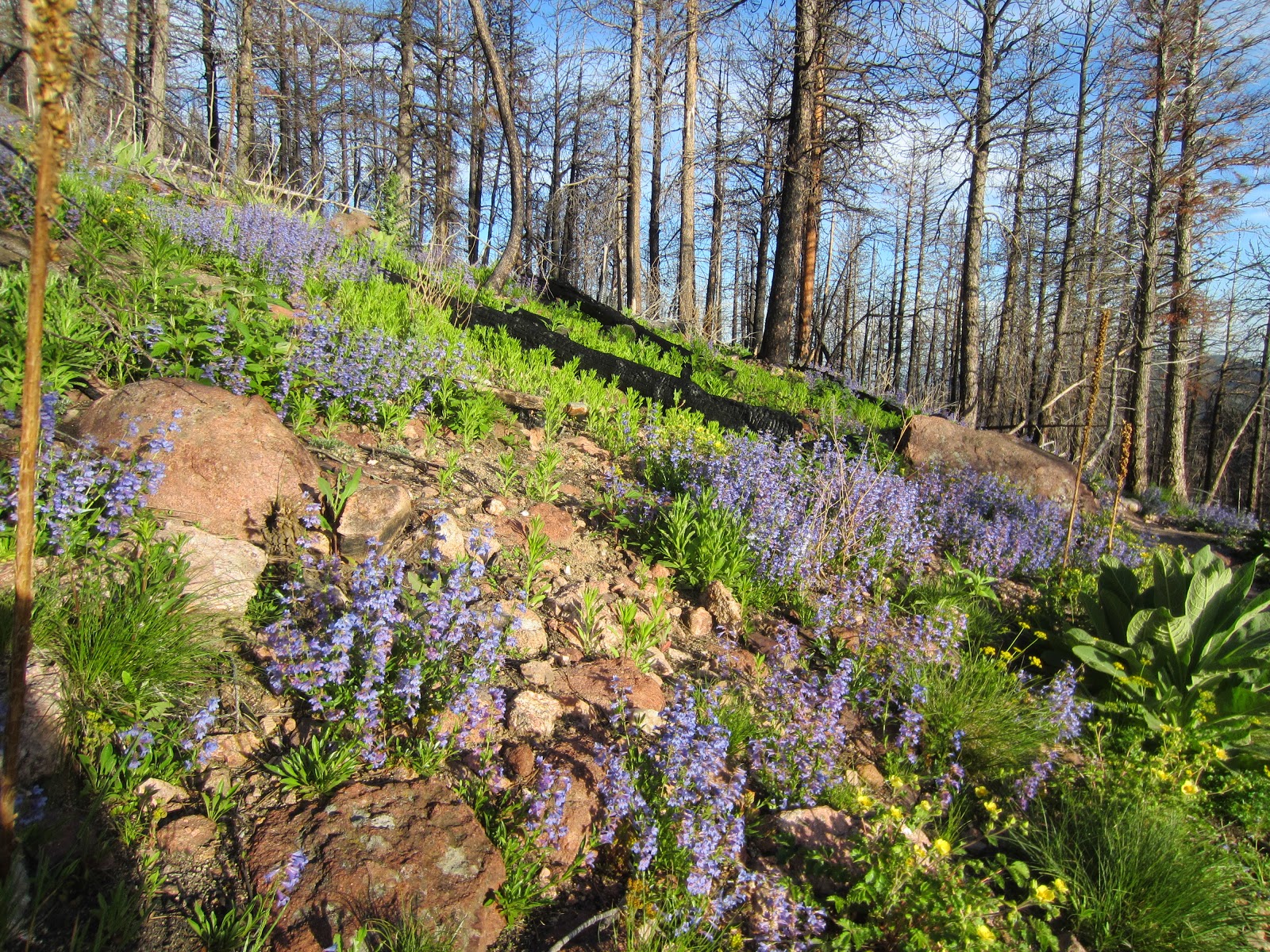 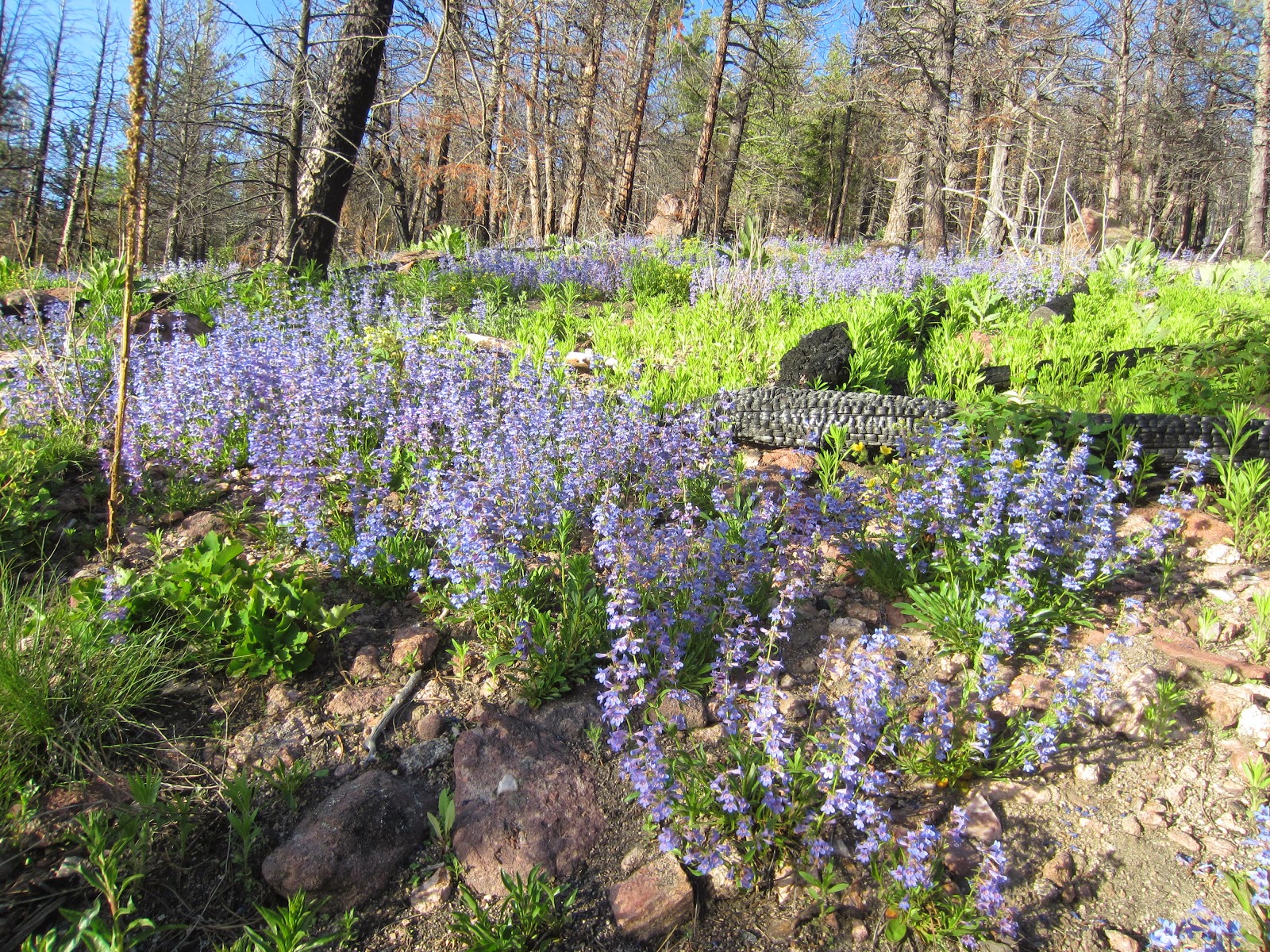 Looking South from the summit of SoBo.  Things were pretty quiet on the trails this evening, I essentially saw nobody for most of the time. 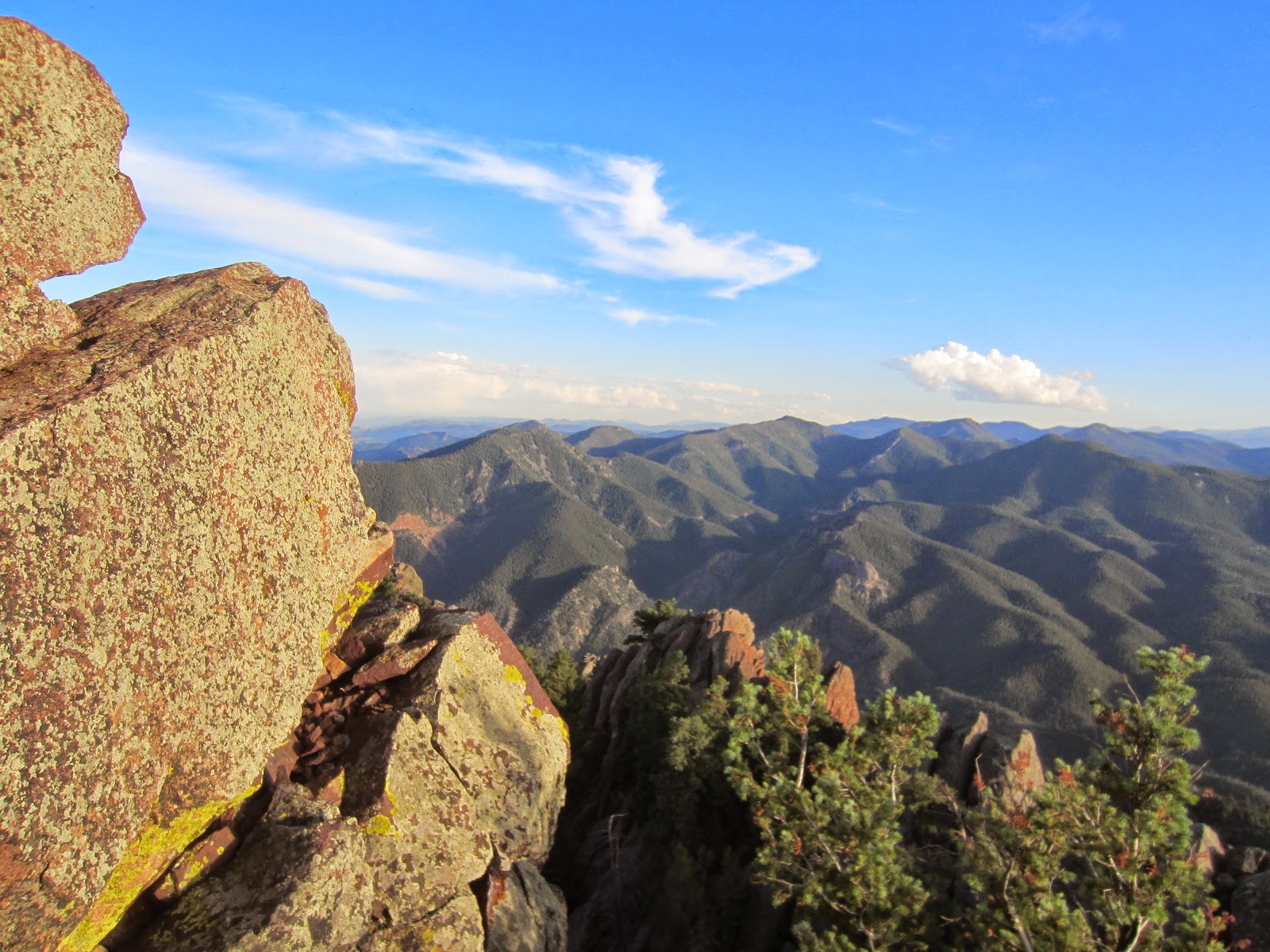 Looking back at Bear 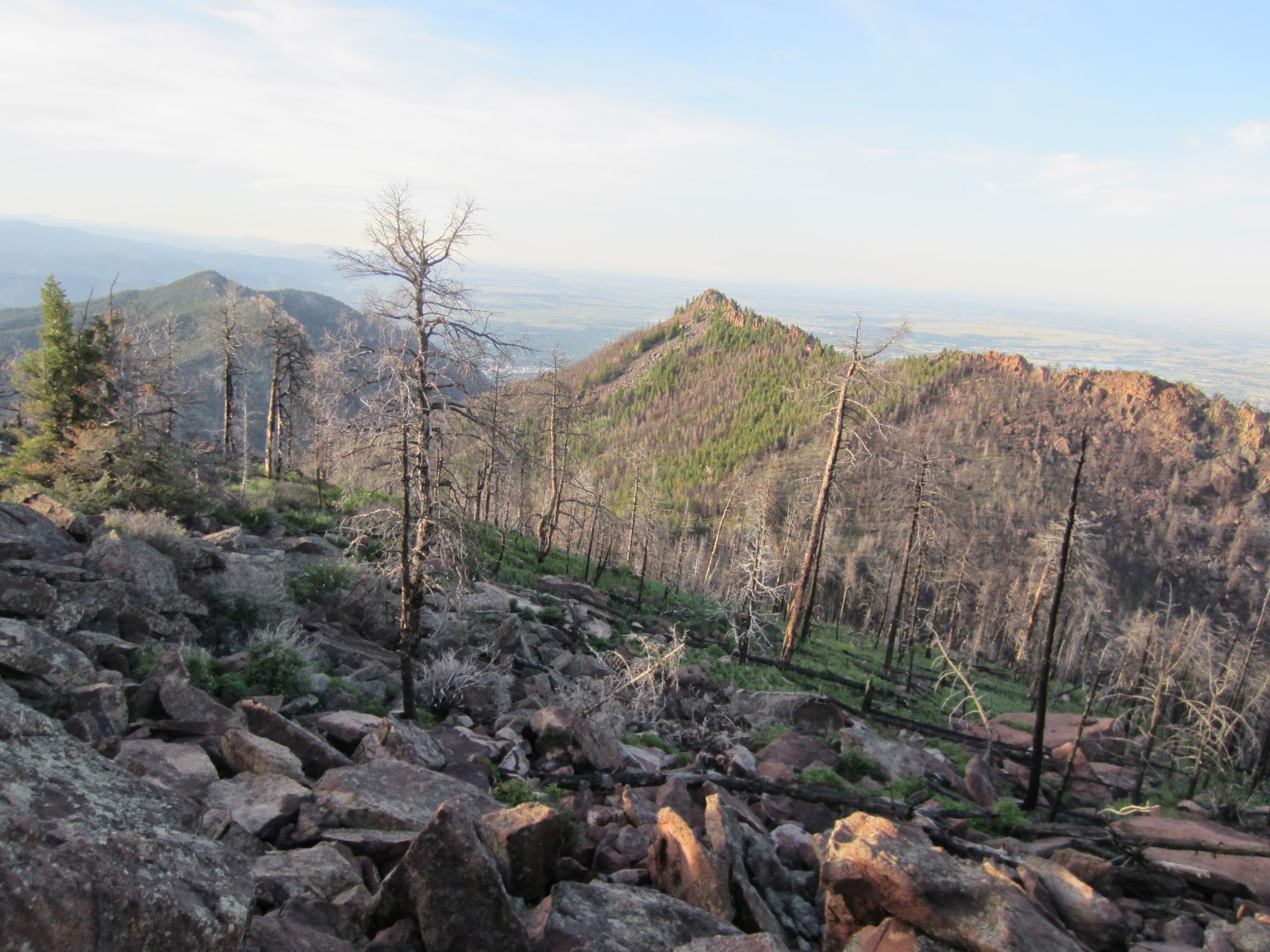 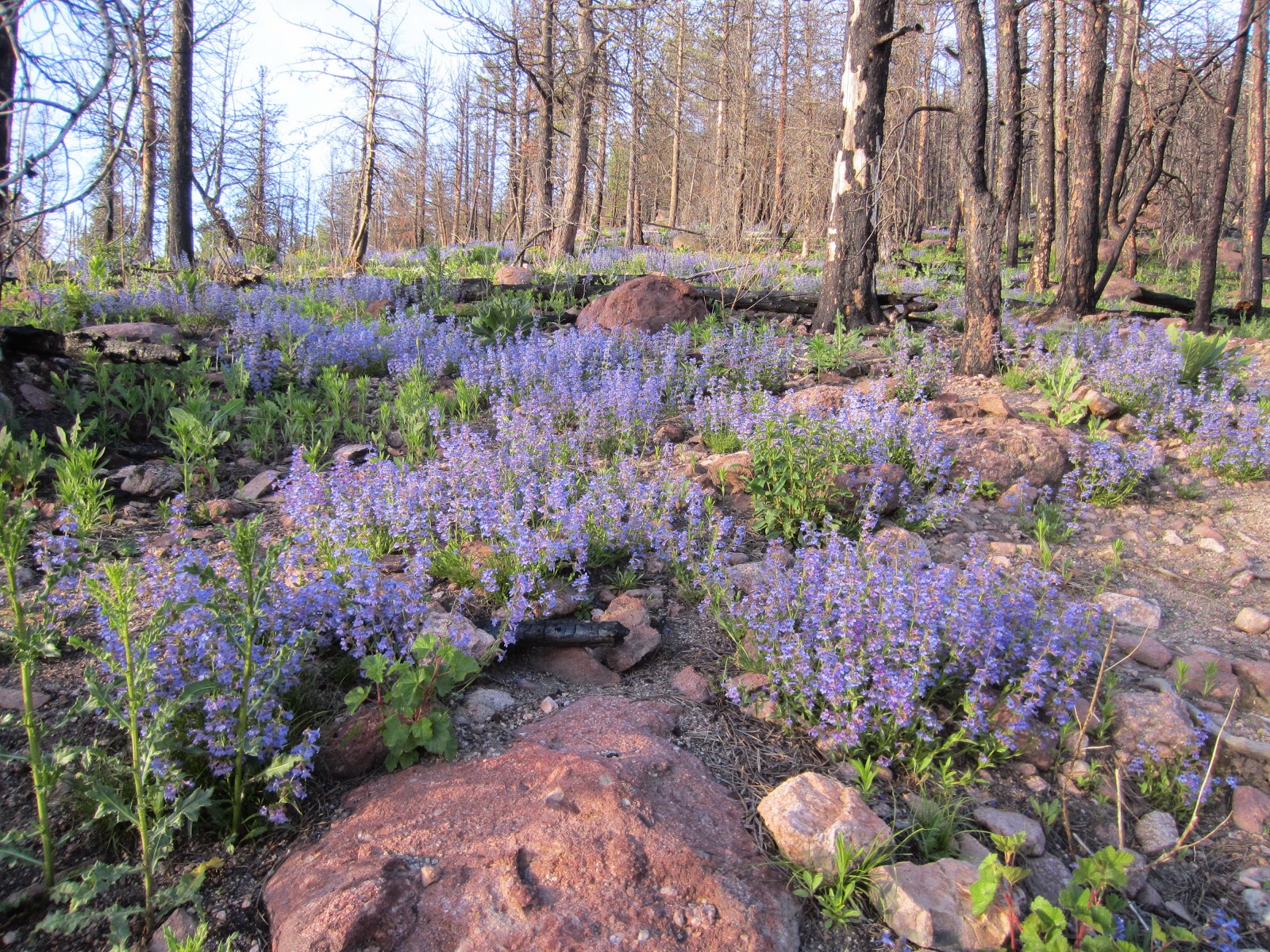 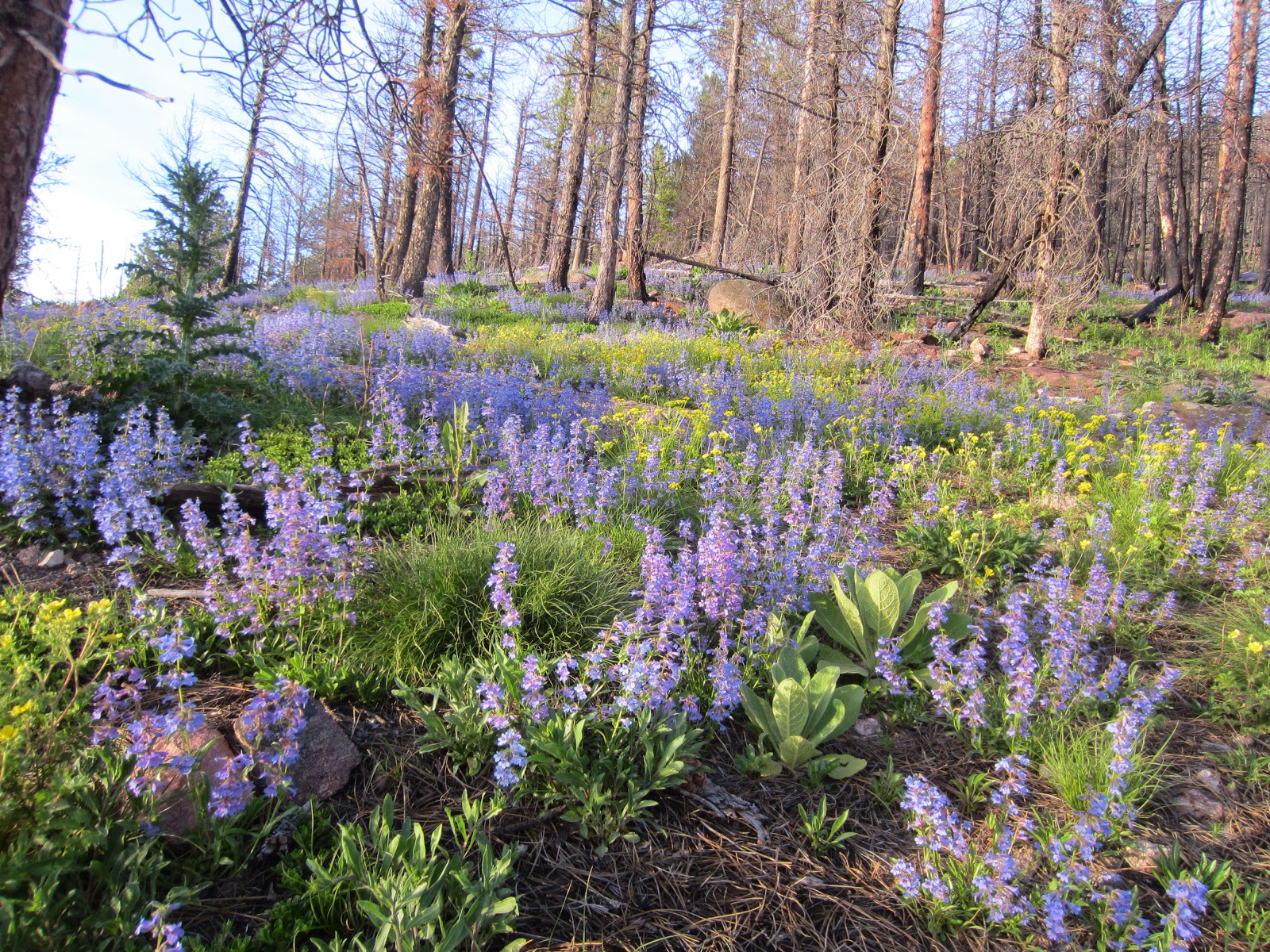 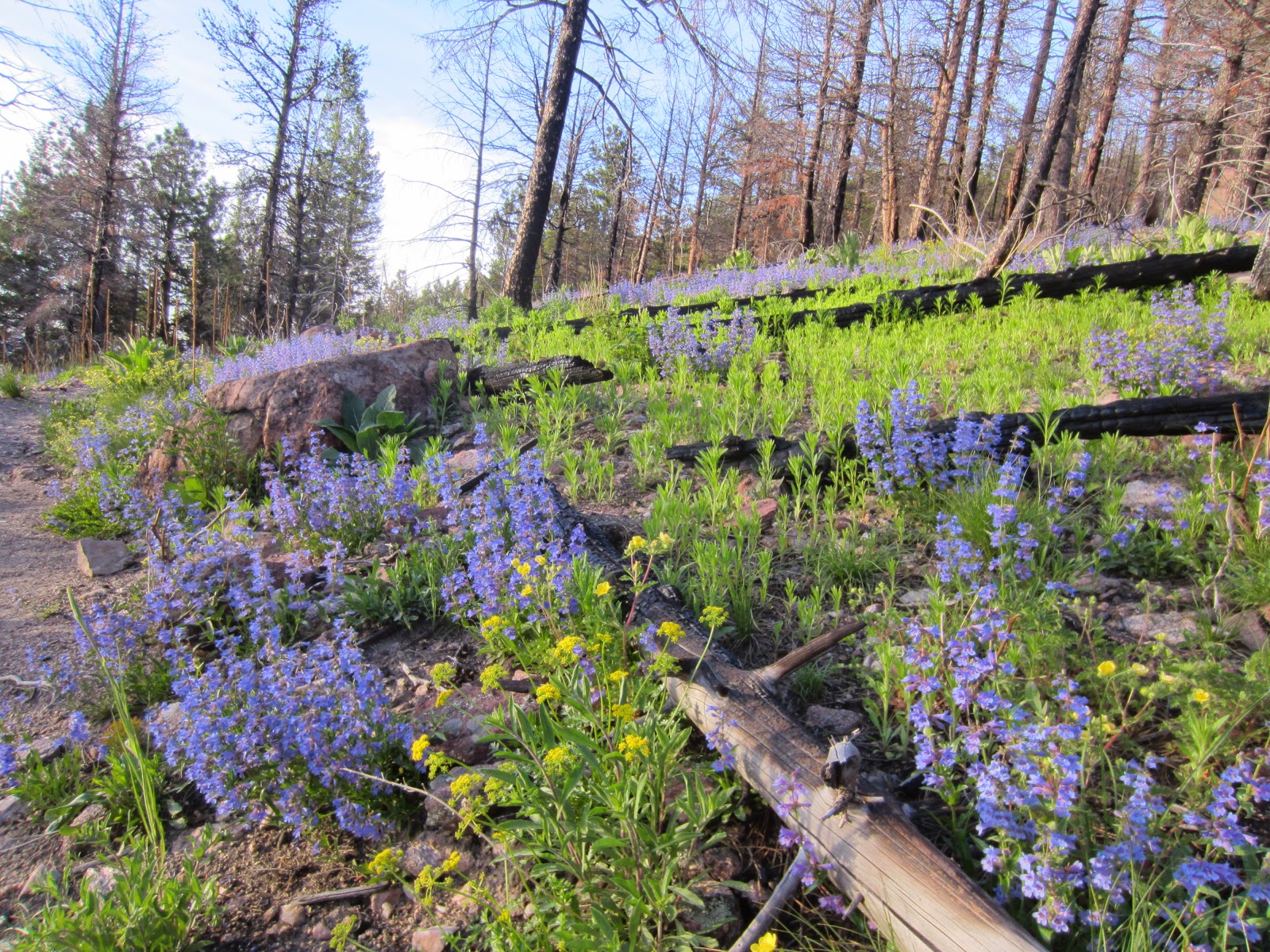 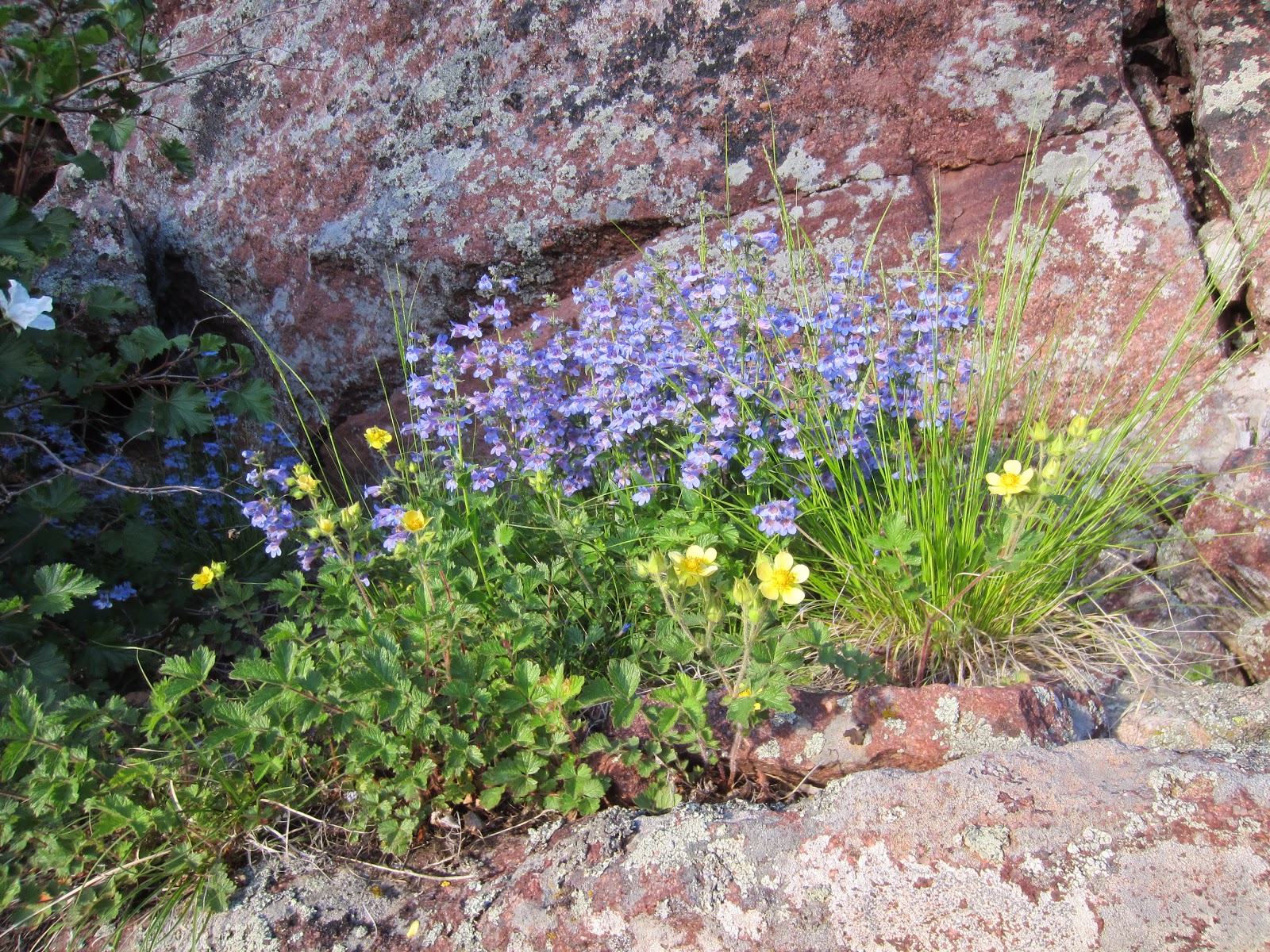 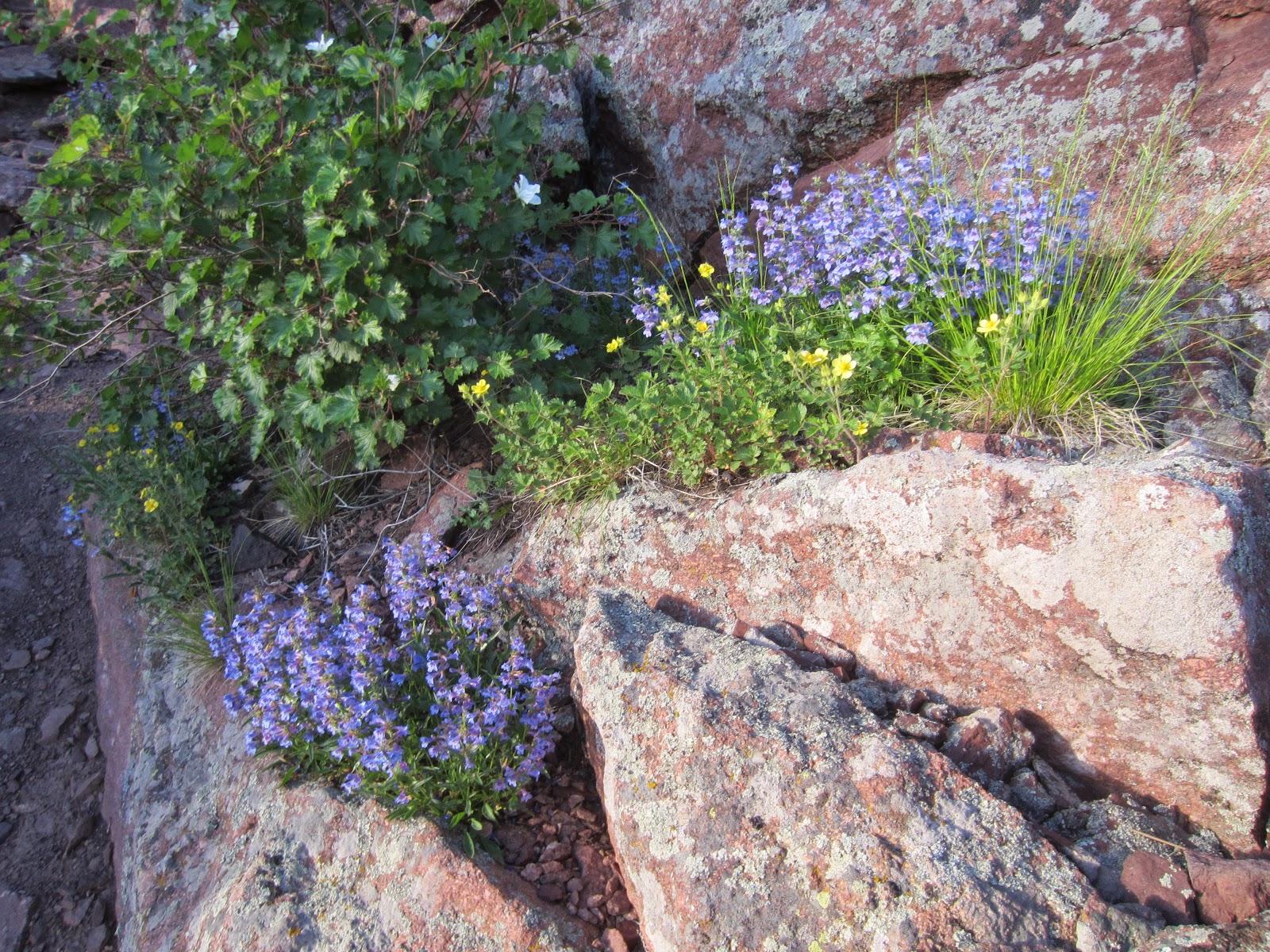 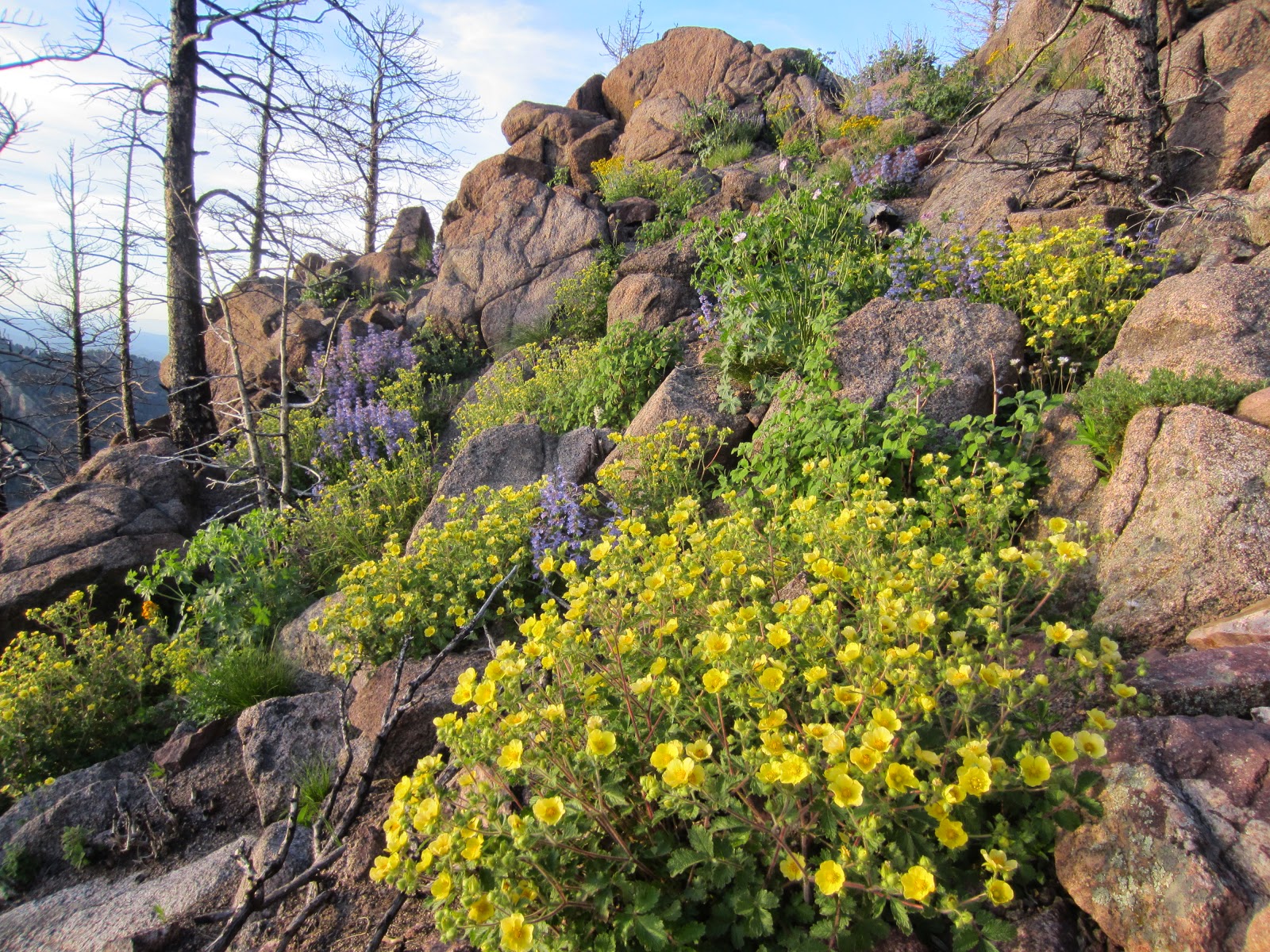 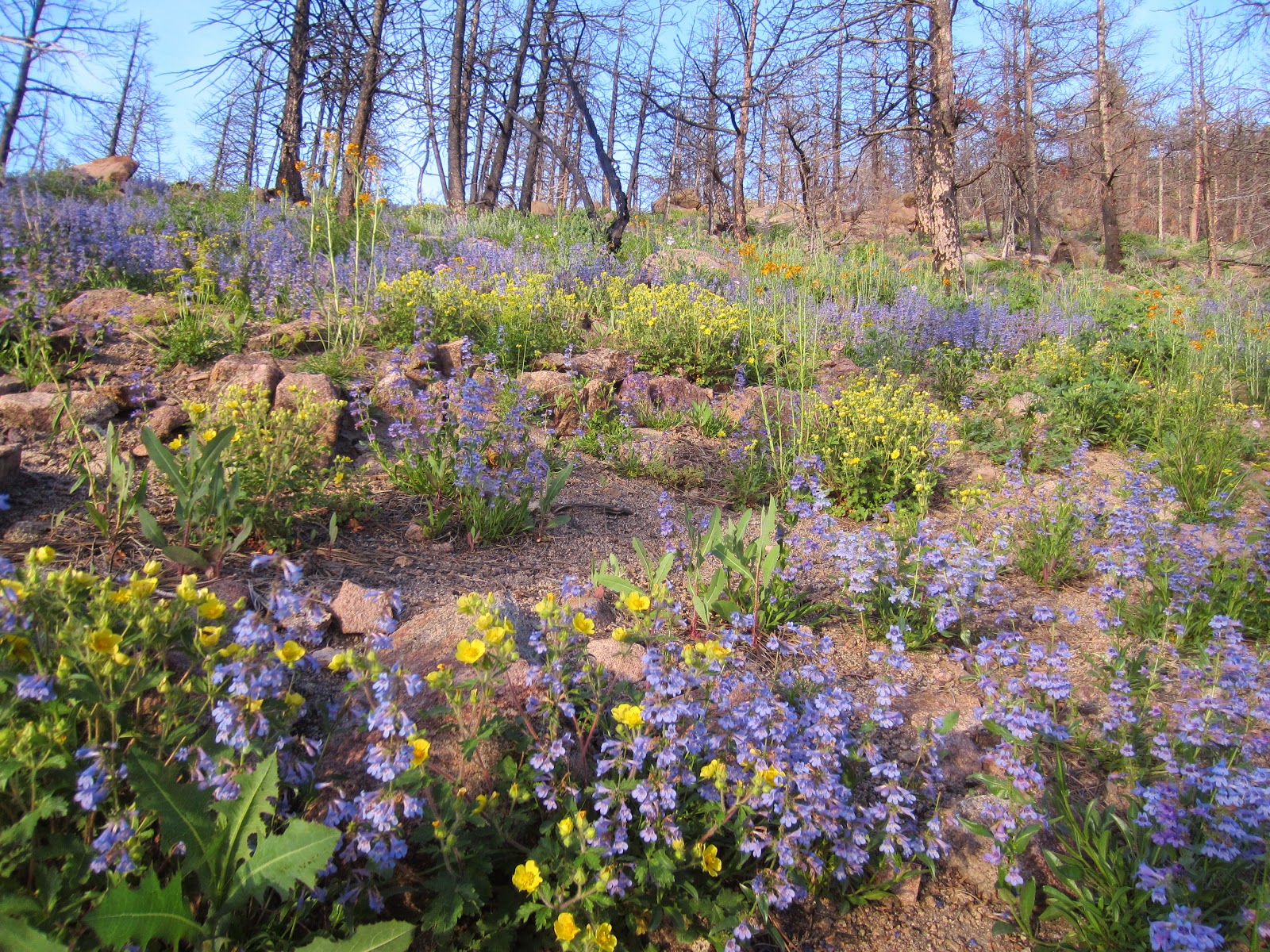 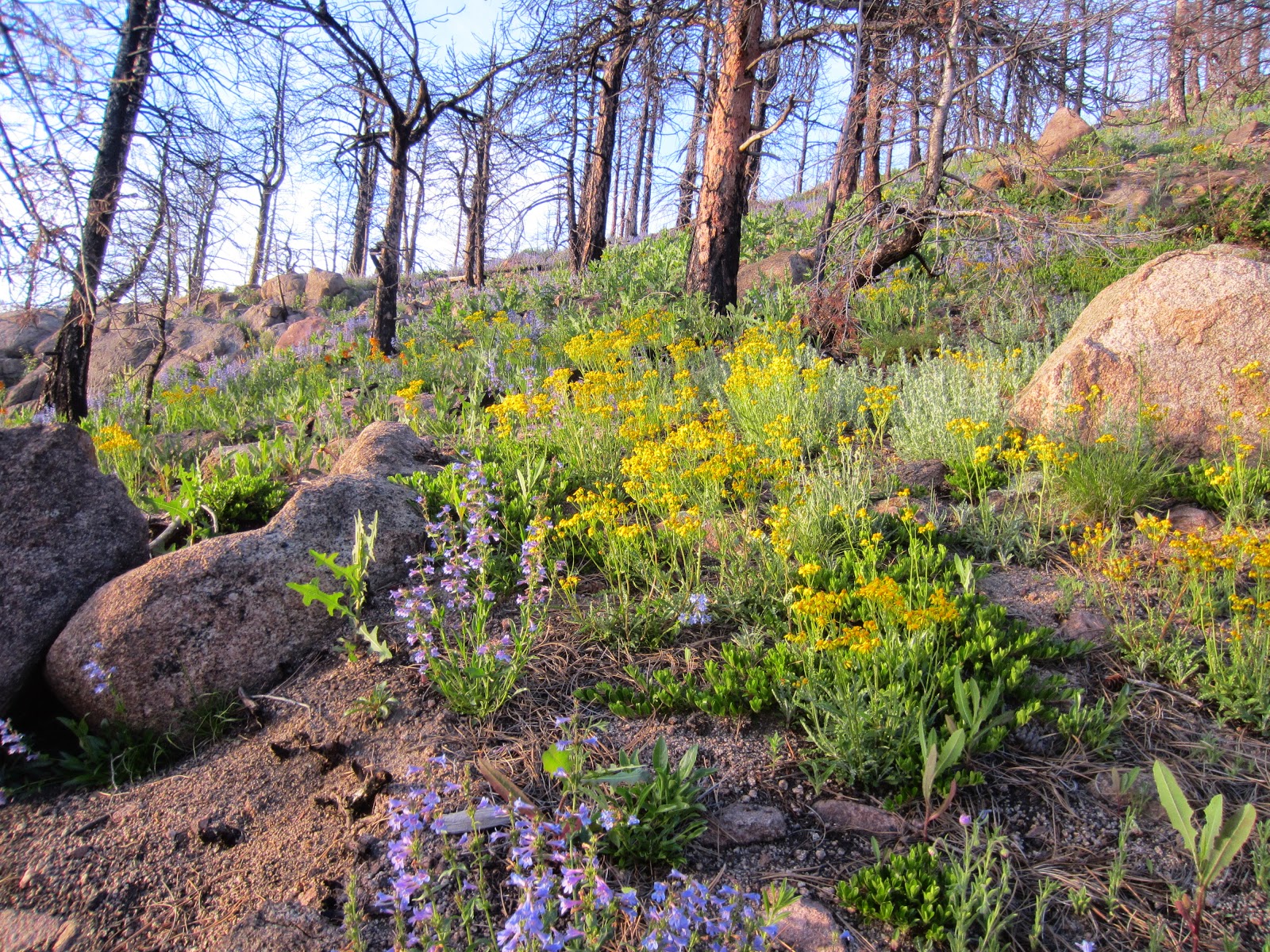 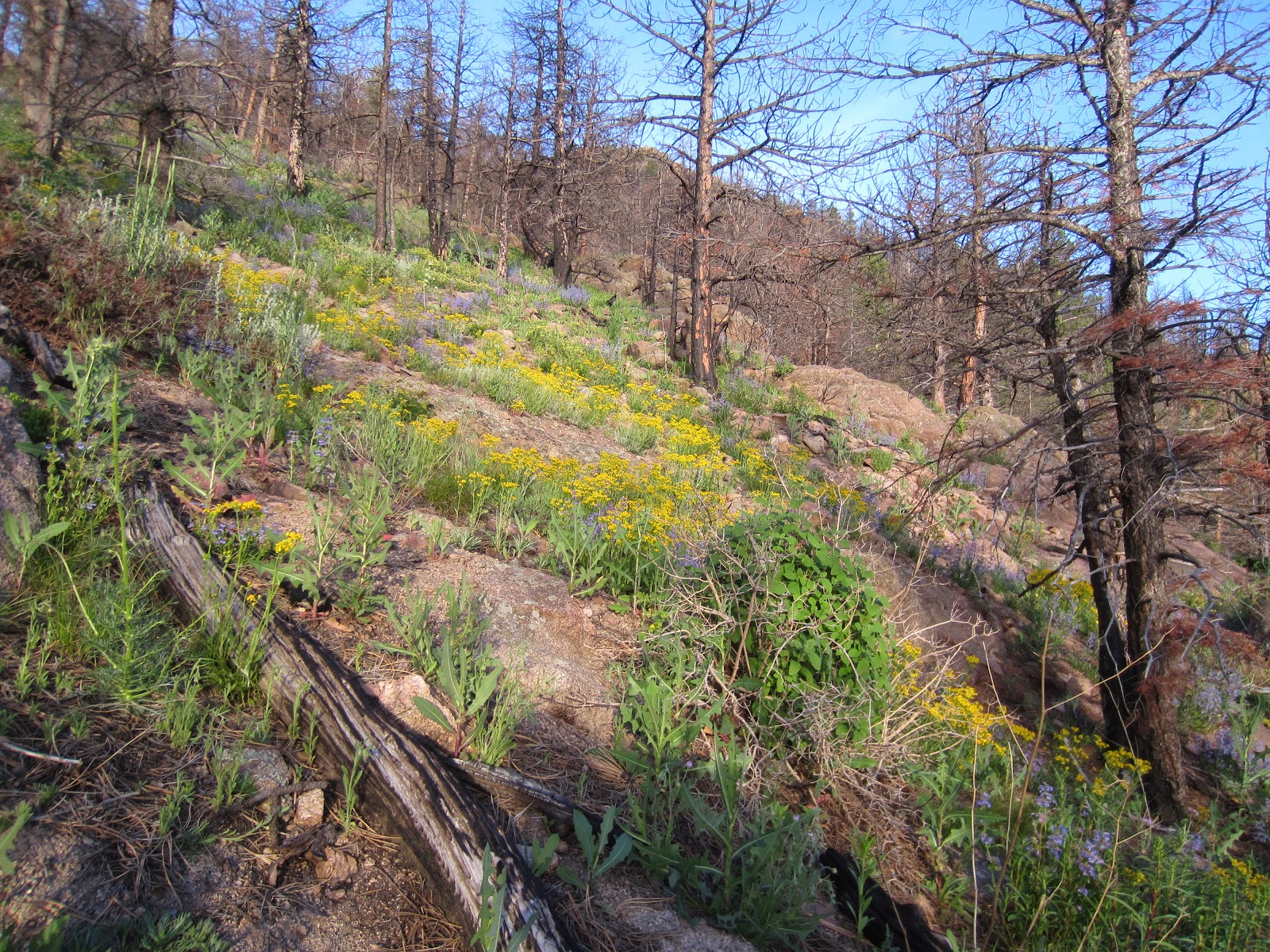 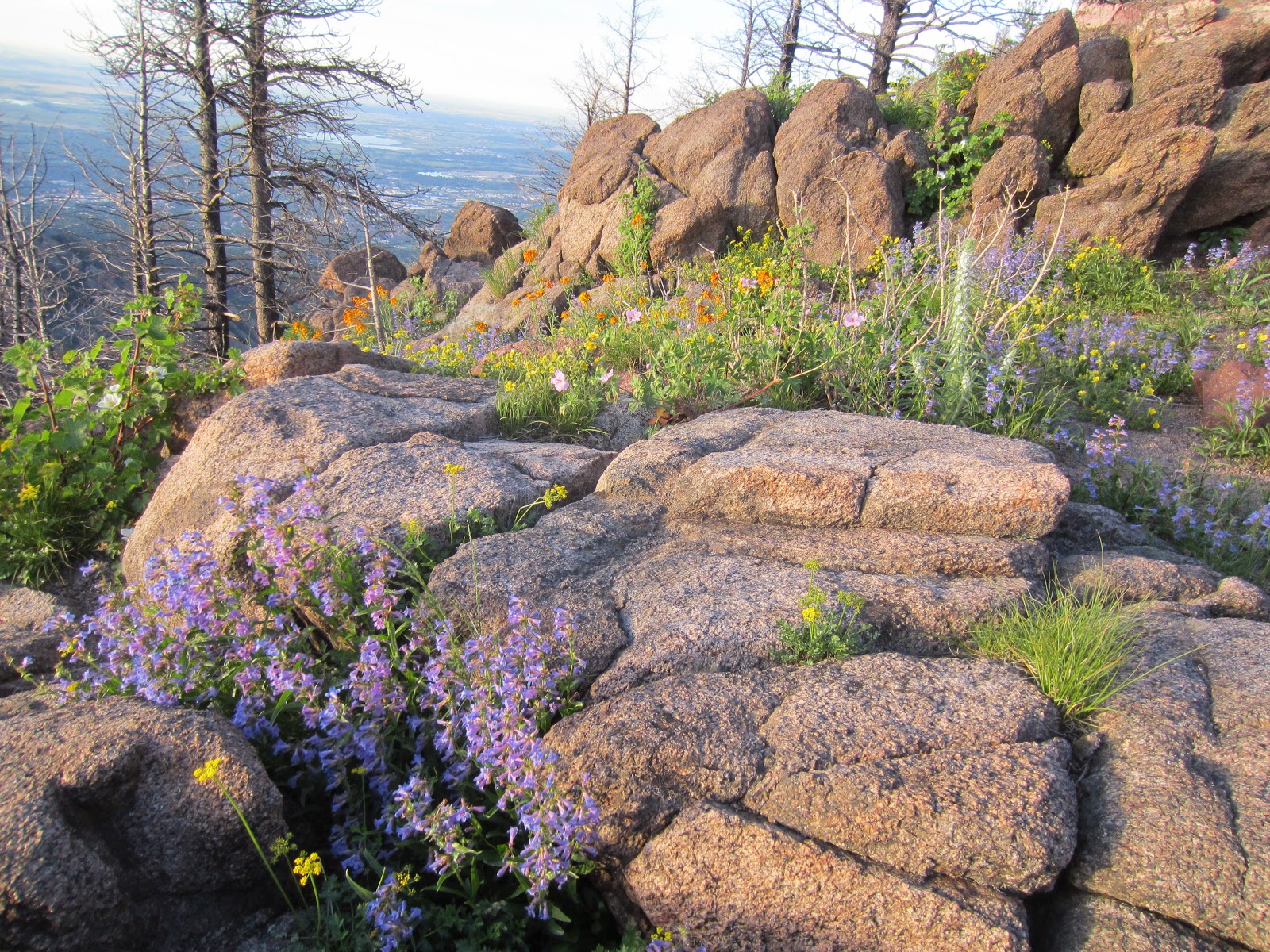 A long, boring and shaky video I took running down W. Ridge Trail, probably my favorite section of trail in all of OSMP.  Buffed enough to cruise much of is fast, with just enough technical to keep it interesting.  Not to mention the views (improved post fire) and the current explosion of flowers.