This loop has been on my radar for a number of years and despite it being so close, for some odd reason I had not yet got around to it until today.  On Tuesday, I realized that there might be a possibility of me getting a day pass on Thursday, which also happened to coincide with a good weather forecast.  Once everything was in line, I sent out a handful of invites, but not surprisingly, nobody was able to join, it being so last minute and on a Thursday.  I did not mind though, as much as I would have enjoyed some good company, I was equally excited about doing this on my own and enjoying the almost guaranteed solitude (solitude was right, as I saw not a single person from lower Audubon Trail 20 minutes in, until I got to Pawnee Pass 5 hours in).

I started from the Long Lake parking lot at 6:33am and it was surprisingly warm and calm, sunny and in the low 50's.  I had waffled over the previous day as to what my intentions were for this run, whether to push hard for a fast time, or run it casually, take a lot of photos and perhaps add on Sawtooth and Crater Lake.  I could not decide on either and ultimately decided to just get out there and run and take the day as it came (it ended up being a very moderate run, cruising mostly and never really pushing).

I started off feeling quite good, most of it simply from being fresh and enthusiastic about the day to come, yet I was careful to not push too hard, as I knew pacing would be key to get through this challenging 26 miles.  It was such a great feeling to be cruising along in the warm morning sunlight, seemingly having the entire Indian Peaks Wilderness to myself.

Route finding was quite simple, with the only exception being the Coney Flats area, where there is a network of trails and dirt roads, but with some tips from friends and familiarizing myself with the area via maps and GPS tracks ahead of time, it ended up being really simple.

I pretty much felt good for the first 2.5-3 hours, but then went through a series of bad patches, nothing too serious, but I was not feeling particularly springy on the ascent of the Cascade Trail and pretty much just gave into enjoying the scenery, side trips to the many waterfalls and picture taking.  My stomach was not all that great and even on this not too crazy long run, I was getting pretty sick of gels and shot bloks.  Several times, I spent 3-5 minutes just sitting and drinking water, hoping my stomach would settle, which it eventually did a little.

Then a surprise foot issue arose.  I wore my Hoka Stinsons (a new pair that I had only used twice thus far for short distances) and for some reason they really worked their way loose on the 6 miles descent of Buchanan Pass, so I stopped to re-tie them, but I think I went a bit too tight, as the outside edge of my right 5th metatarsal ended up hurting.  I have also had a recurring plantar wart in the same spot, so I was not sure what was going on.  I tried to tough it out for a bit, hoping it would go away, but then began an extended series of stops to tie/re-tie my shoes, take them off and feel inside, rub my foot, wrap the area with band aids.  Ultimately, the band aids, combined with keeping my right shoe really loose alleviated the pain, but a big loose Hoka is not all that stable and made for awkward running/hiking.

Though I had given in to any real time goals, I was a bit frustrated to take so many time wasting stops and was now just eager to get over the final climb of Pawnee Pass, but this was no small feat.  With some accumulated fatigue and a not so great stomach, this ended up being a real grind and never seemed to end.  Since I typically favor steep technical terrain, I figured this section would play to my strengths, but I ended up slowly slogging the entire way up, often stopping to try and figure out how on earth the trail would work it's way through the steep talus and cliff bands.

Once on the pass, I was quite relieved and eager to finish off the remaining 5 miles of familiar, mostly all downhill trail.  My energy returned a bit, but I was not feeling all that coordinated through the rocky, technical sections and was preoccupied with not rolling my loose Hoka.

Overall though, this is a top notch, scenic, challenging, interesting, uncrowded run that is quite a blast, I highly recommend it.  I had a very enjoyable run despite my minor issues along the way and being pretty worked over at the end.  It did not disappoint and lived up to expectations.

Wearing shoes that I had not put many miles in might have not been the best idea (though I was confident, as I never had an issue with my previous Stinsons) and I think my fitness/endurance is not quite where I would like to think it is.  I have really slacked off after Pikes Peak and it showed on this run.  This is a tough loop and I was pretty worked afterwards.

Looking North toward Longs early in the run 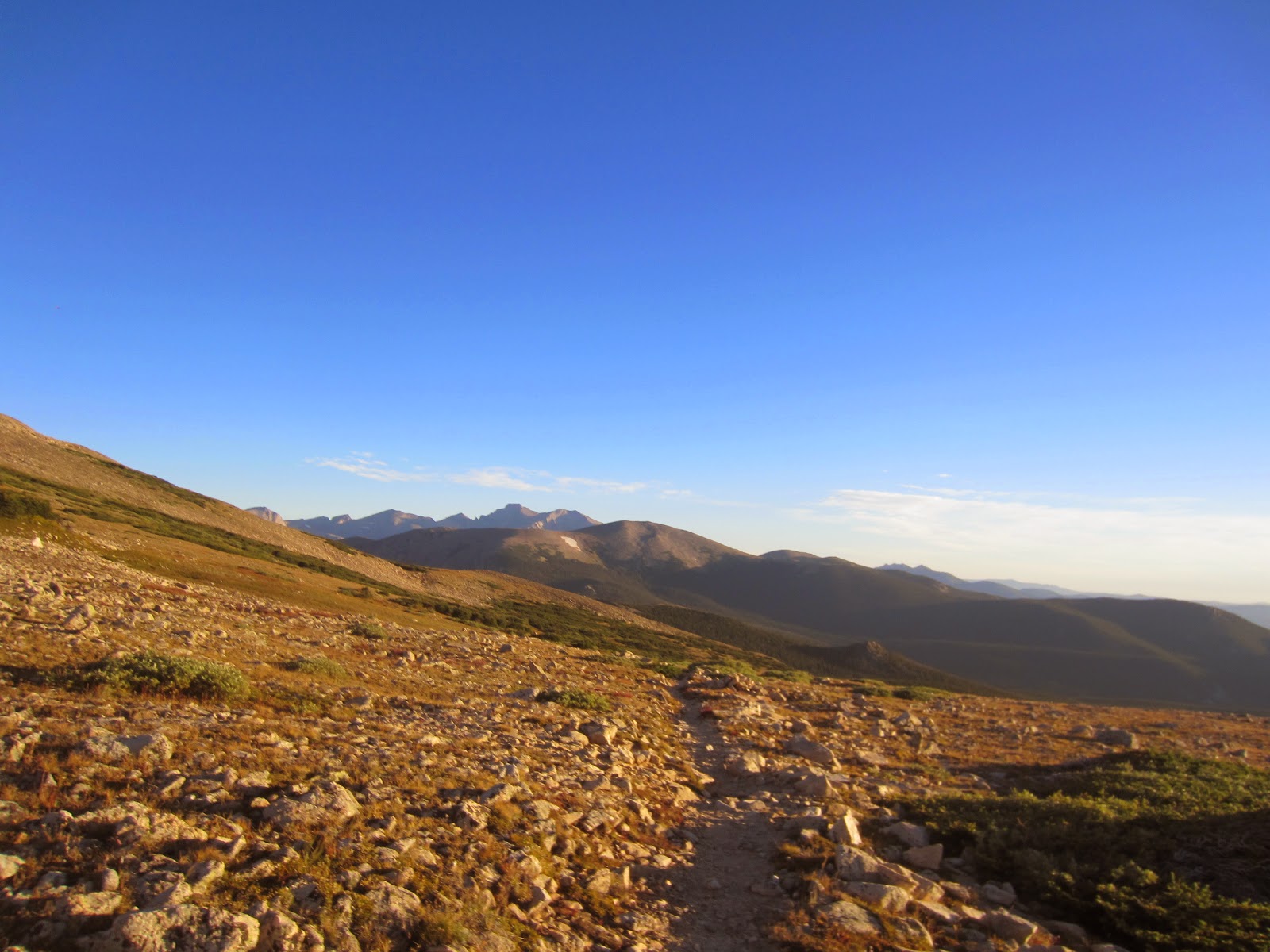 Typical terrain descending to Coney Flats.  The trail was somewhat overgrown in spots. 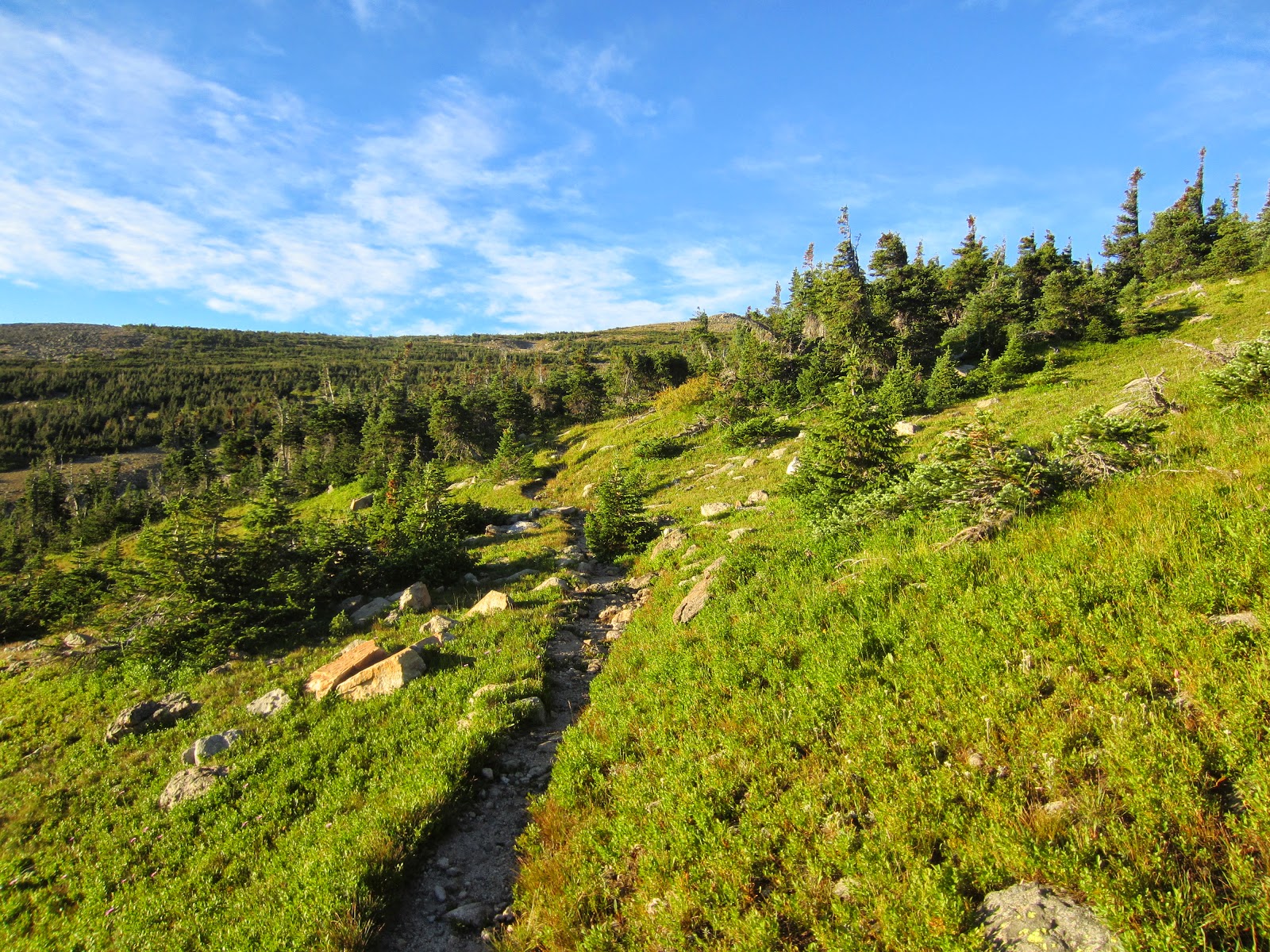 Coney Flats, looking up toward Sawtooth and Buchanan Pass just to the right. 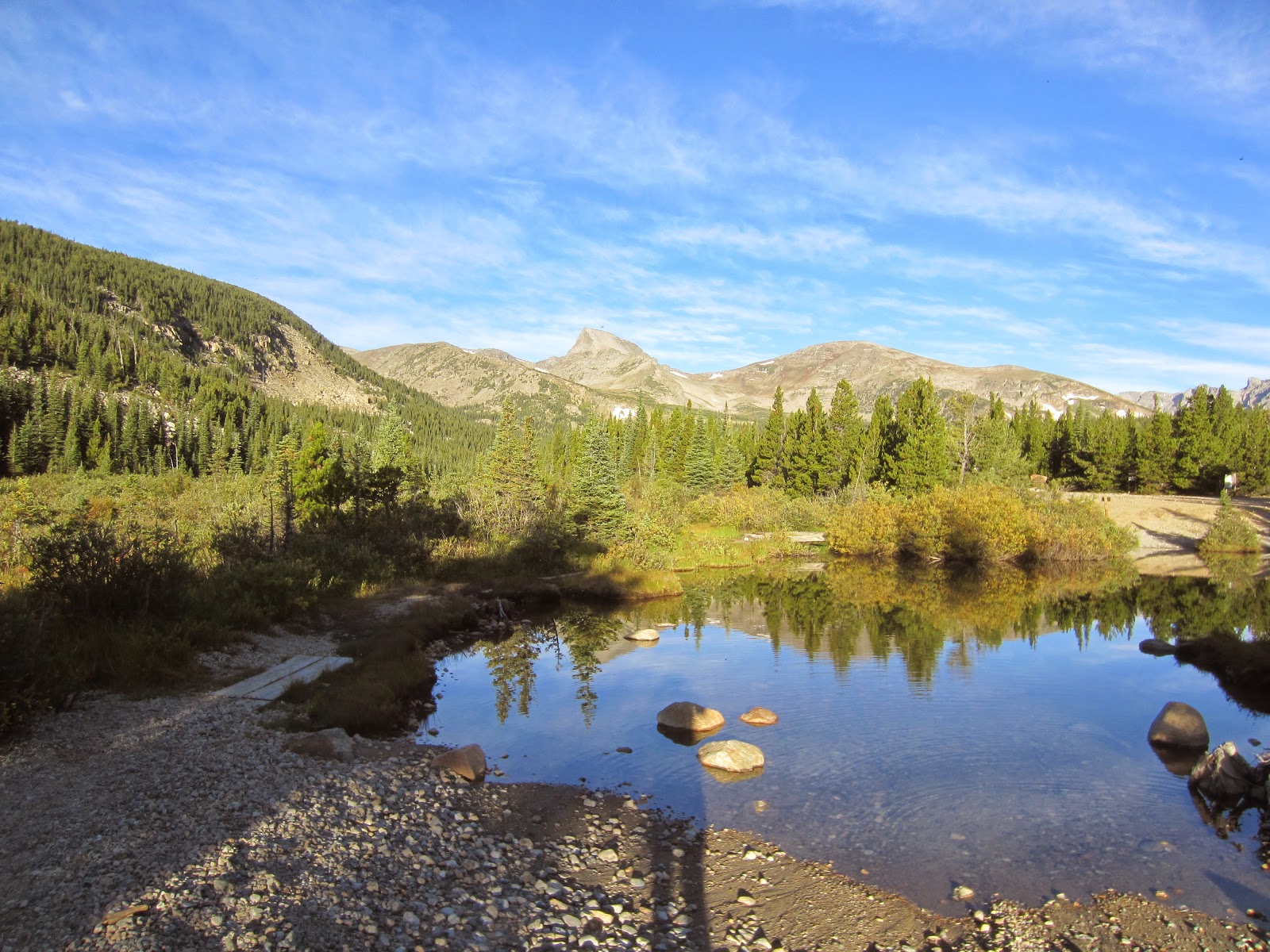 Decent scenery and I spooked a few moose through this section. 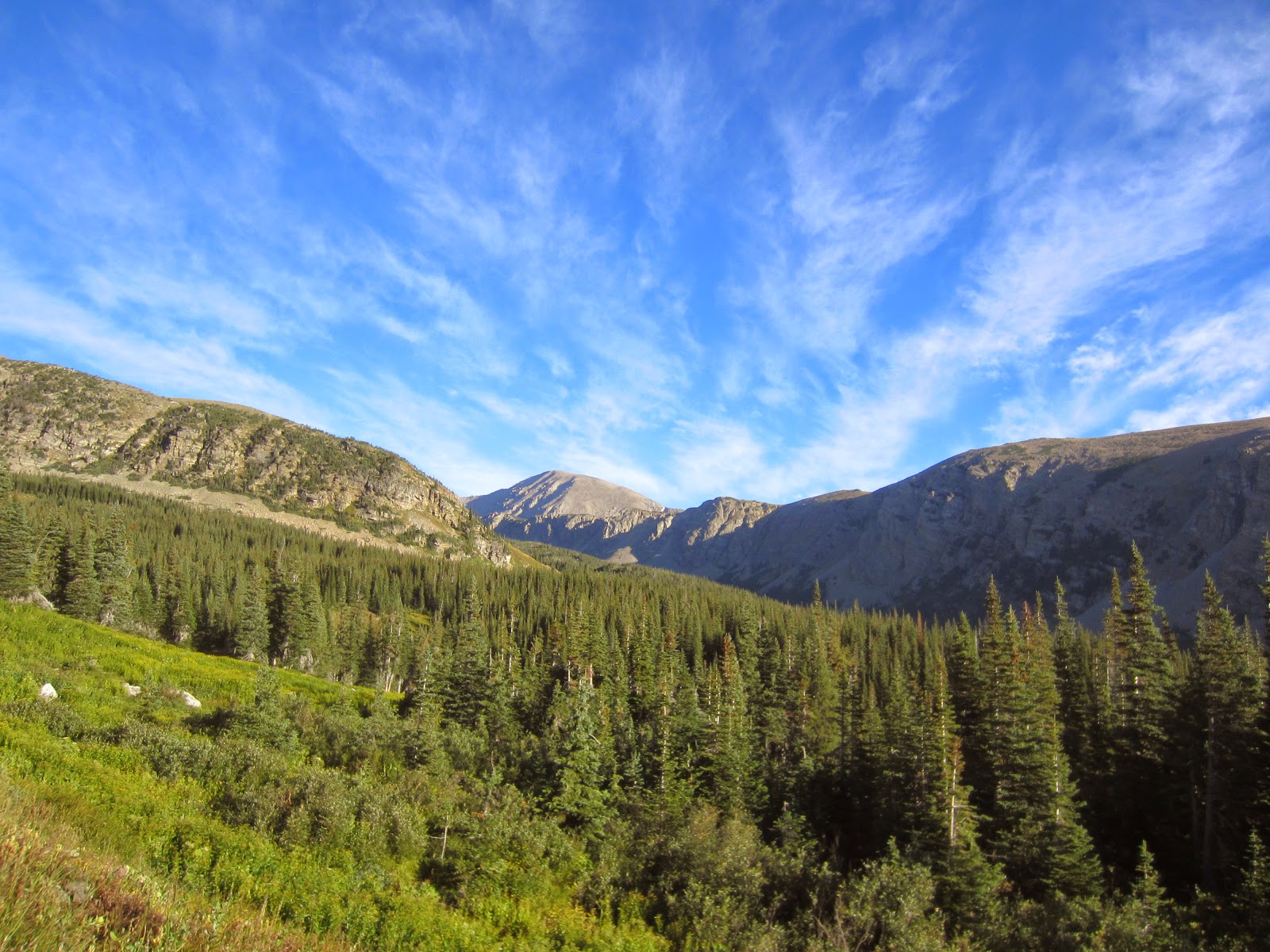 Sawtooth and Buchanan Pass on the right 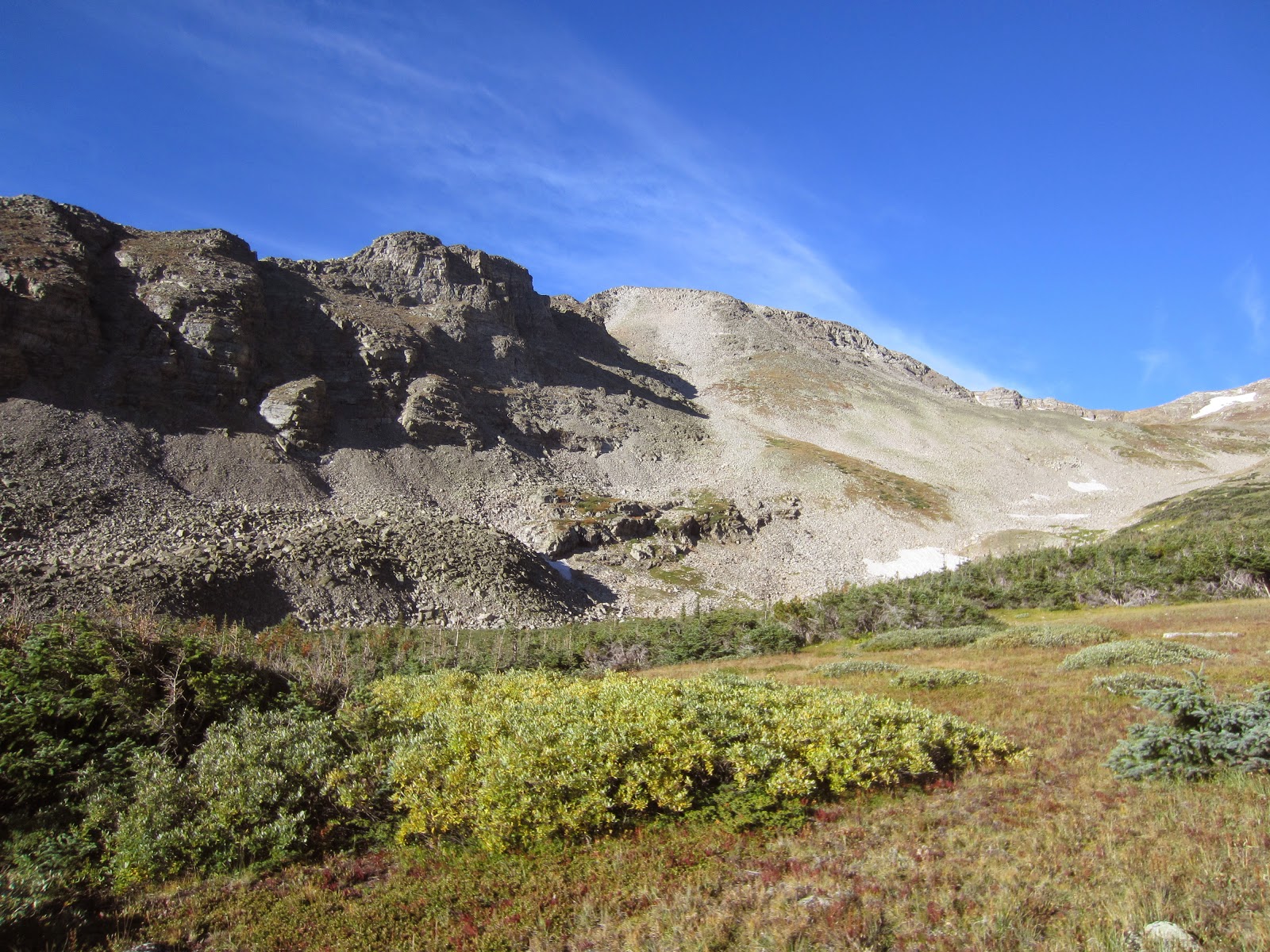 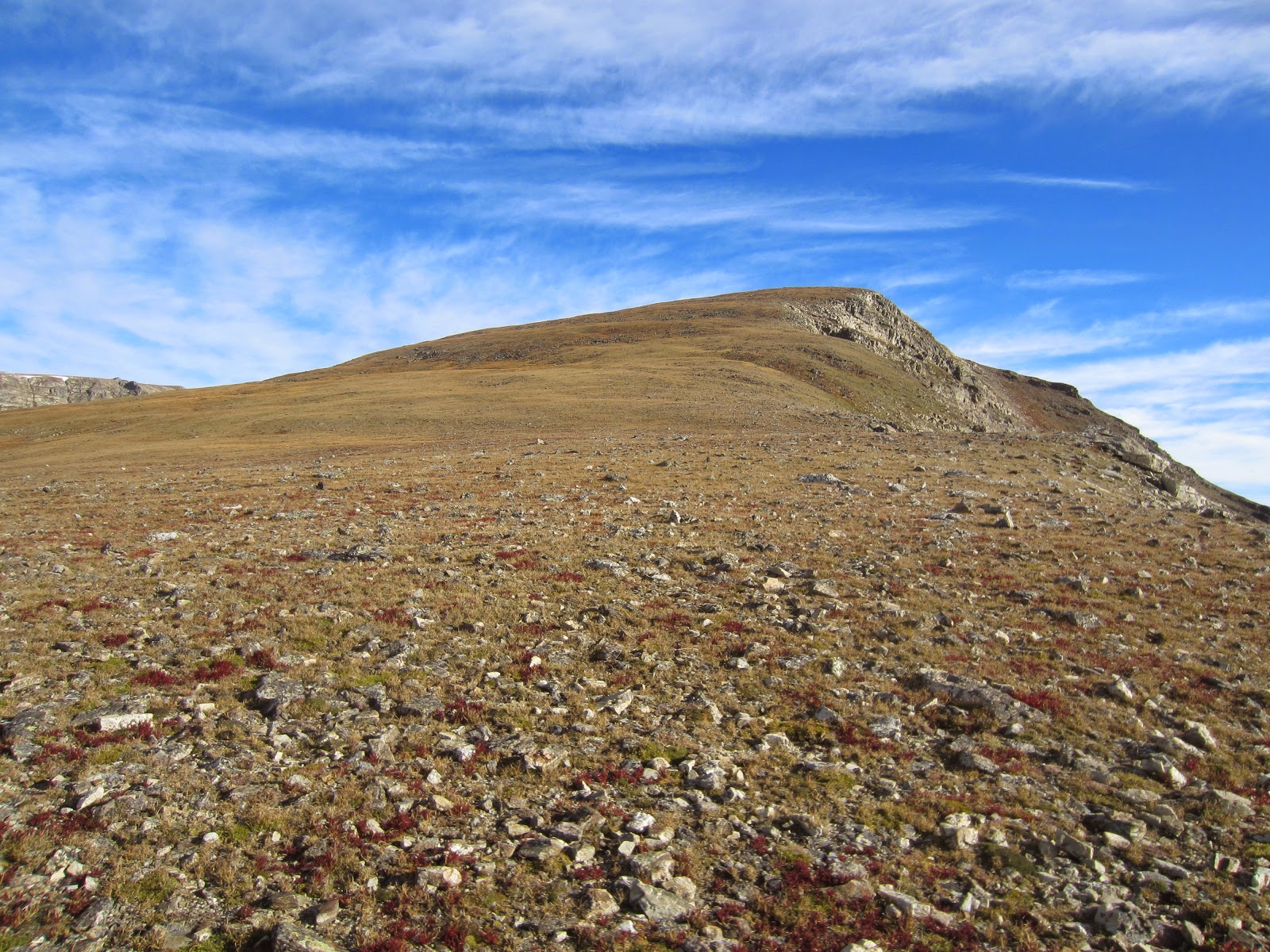 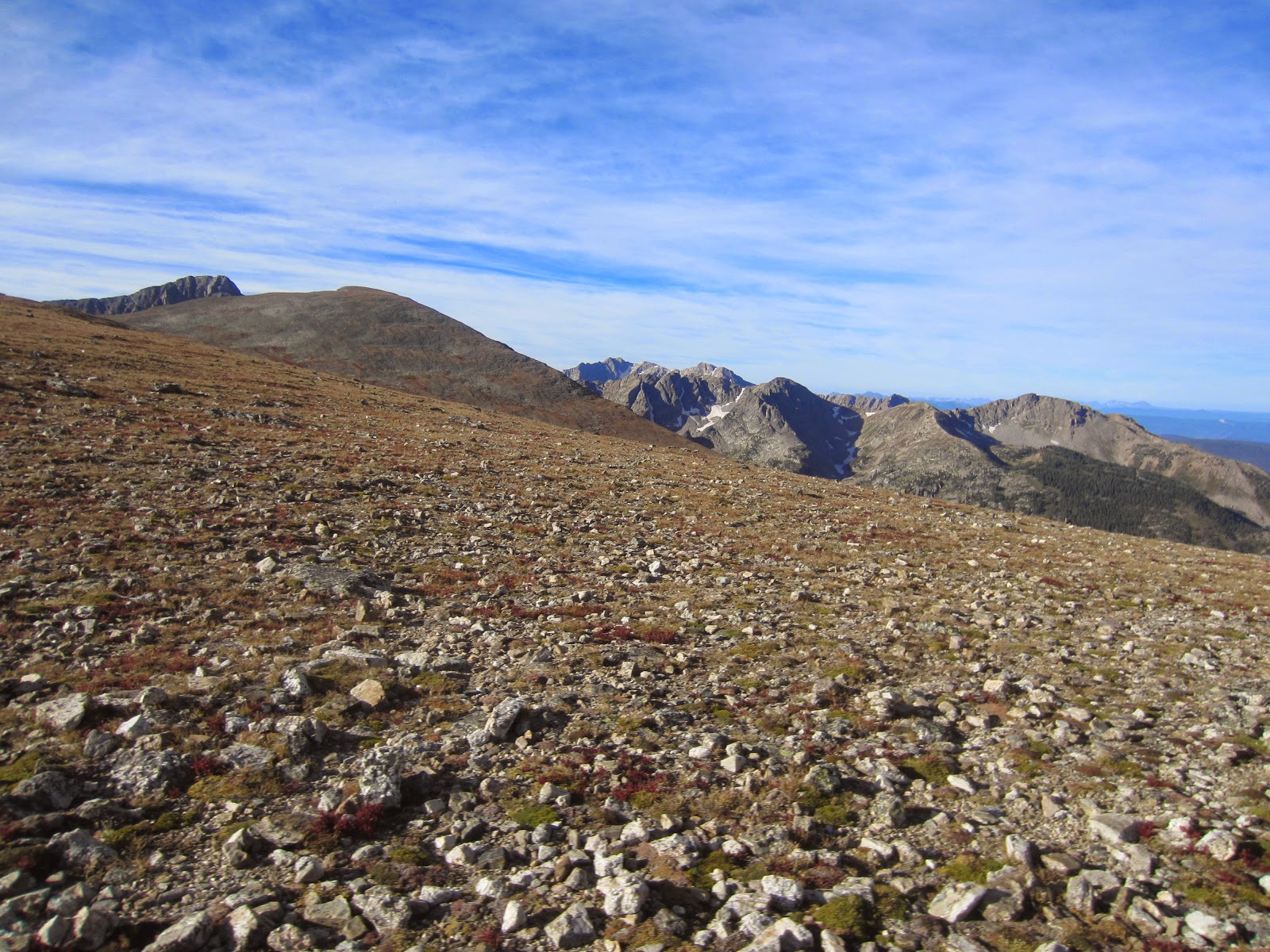 Looking West in the direction I am heading, dropping 3,000 vertical in 6 miles (most of the drop was in the first half) 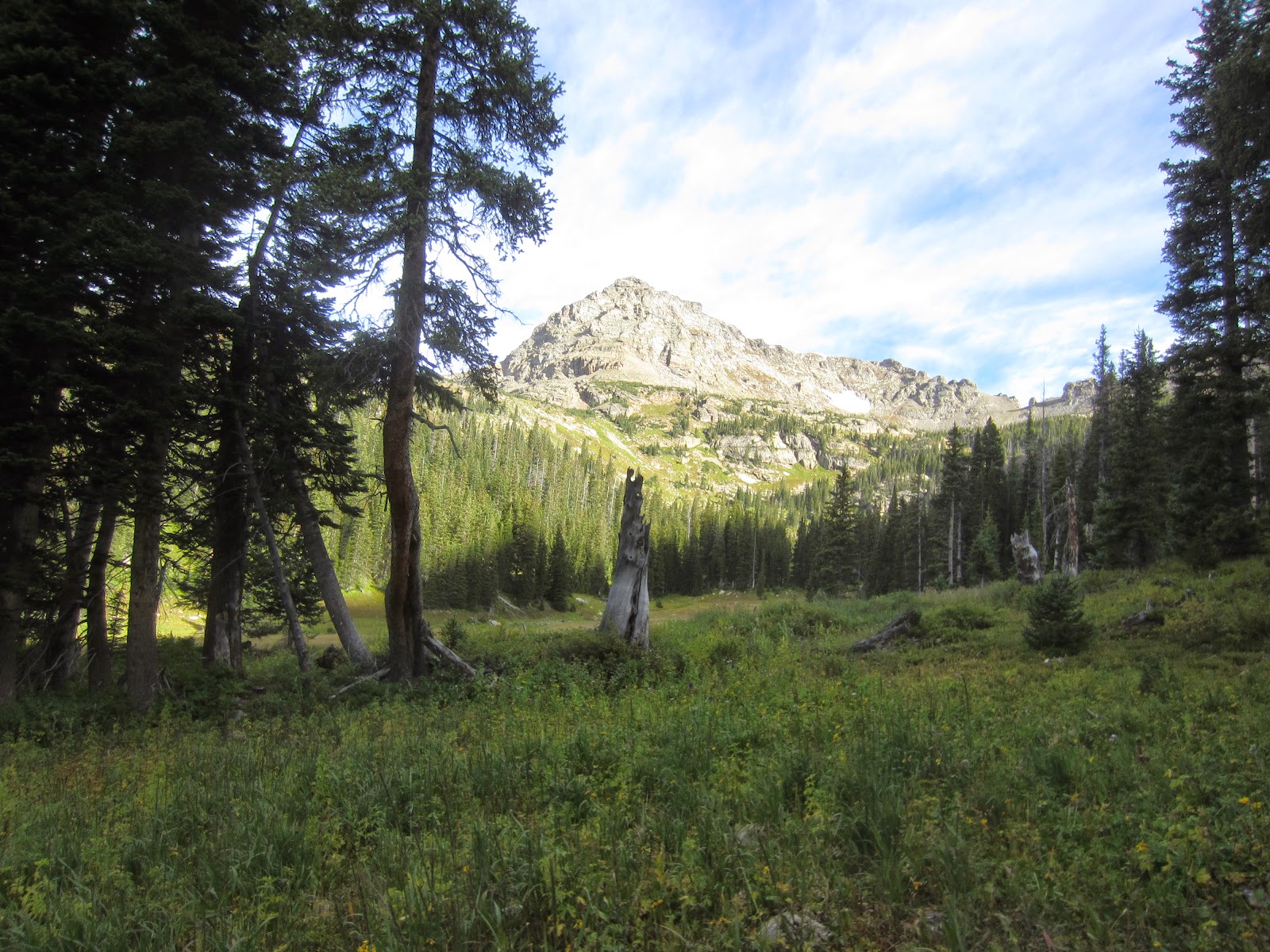 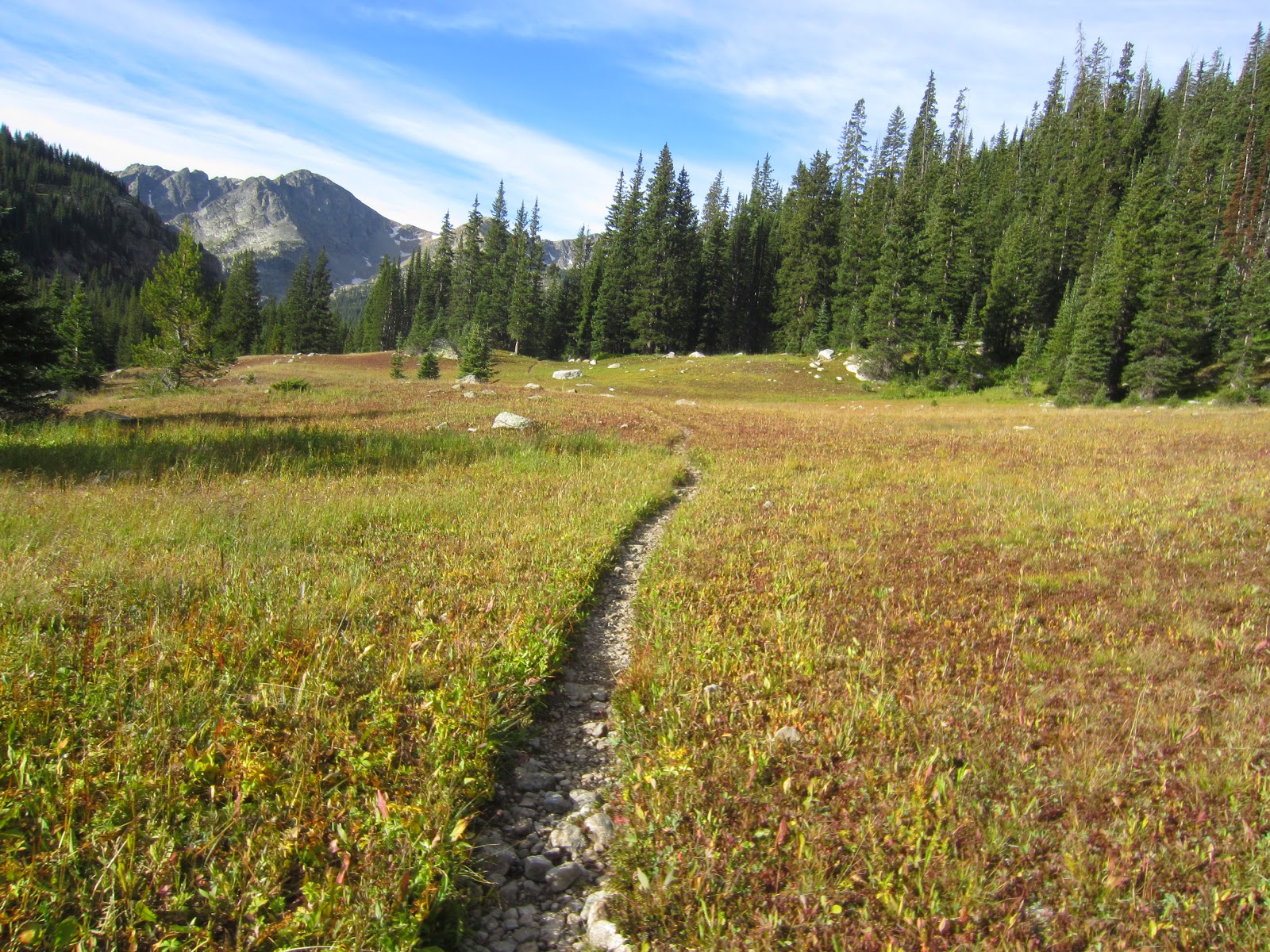 An massive avalanche completely decimated the trail for a few hundred yards and required a bit of picking through to get across. 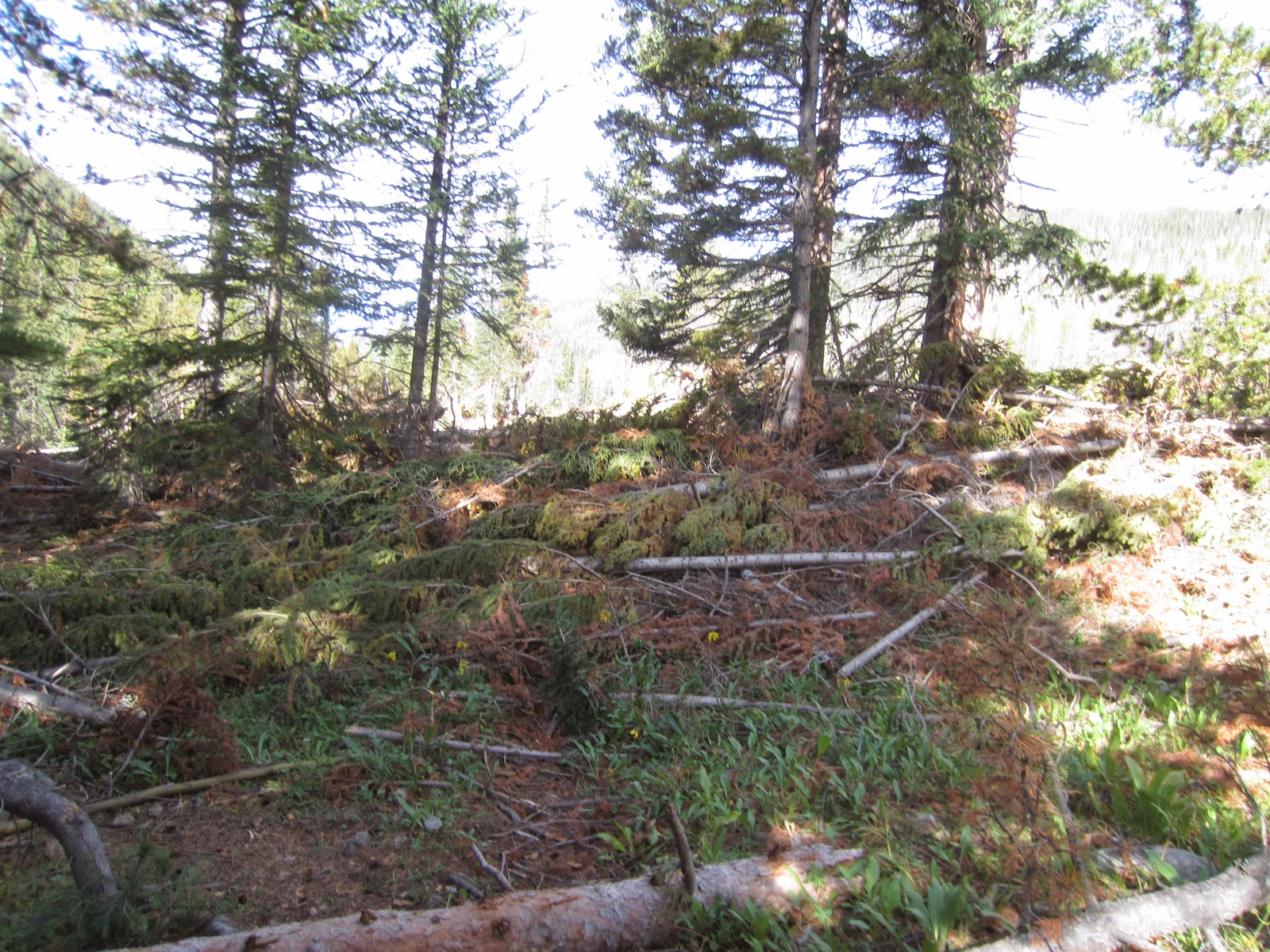 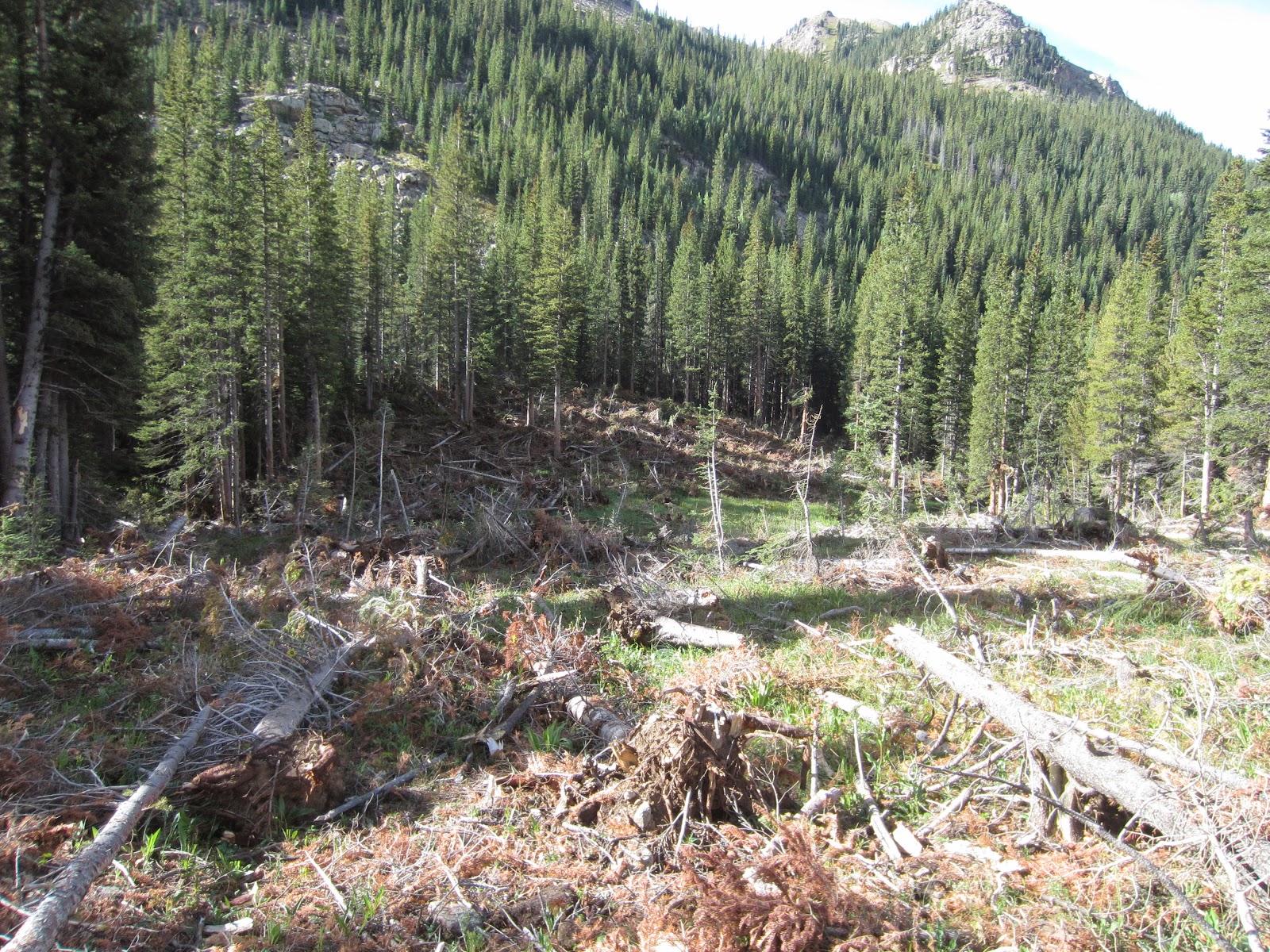 One of many waterfalls along the Cascade Trail.  I took probably 200 pictures on the day, but I think I unwittingly had my camera on an odd setting for much of the run and this is the only half decent waterfall shot). 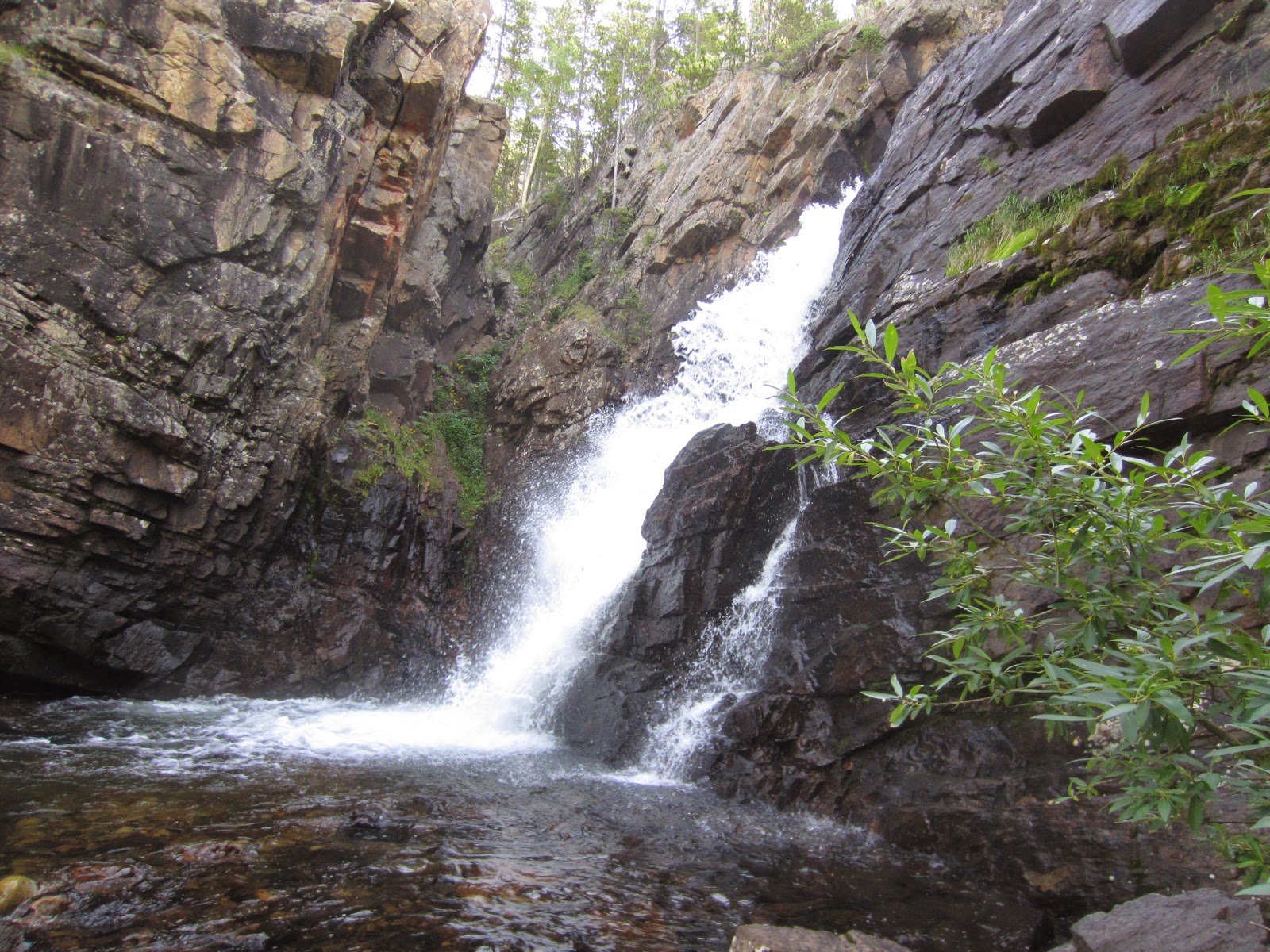 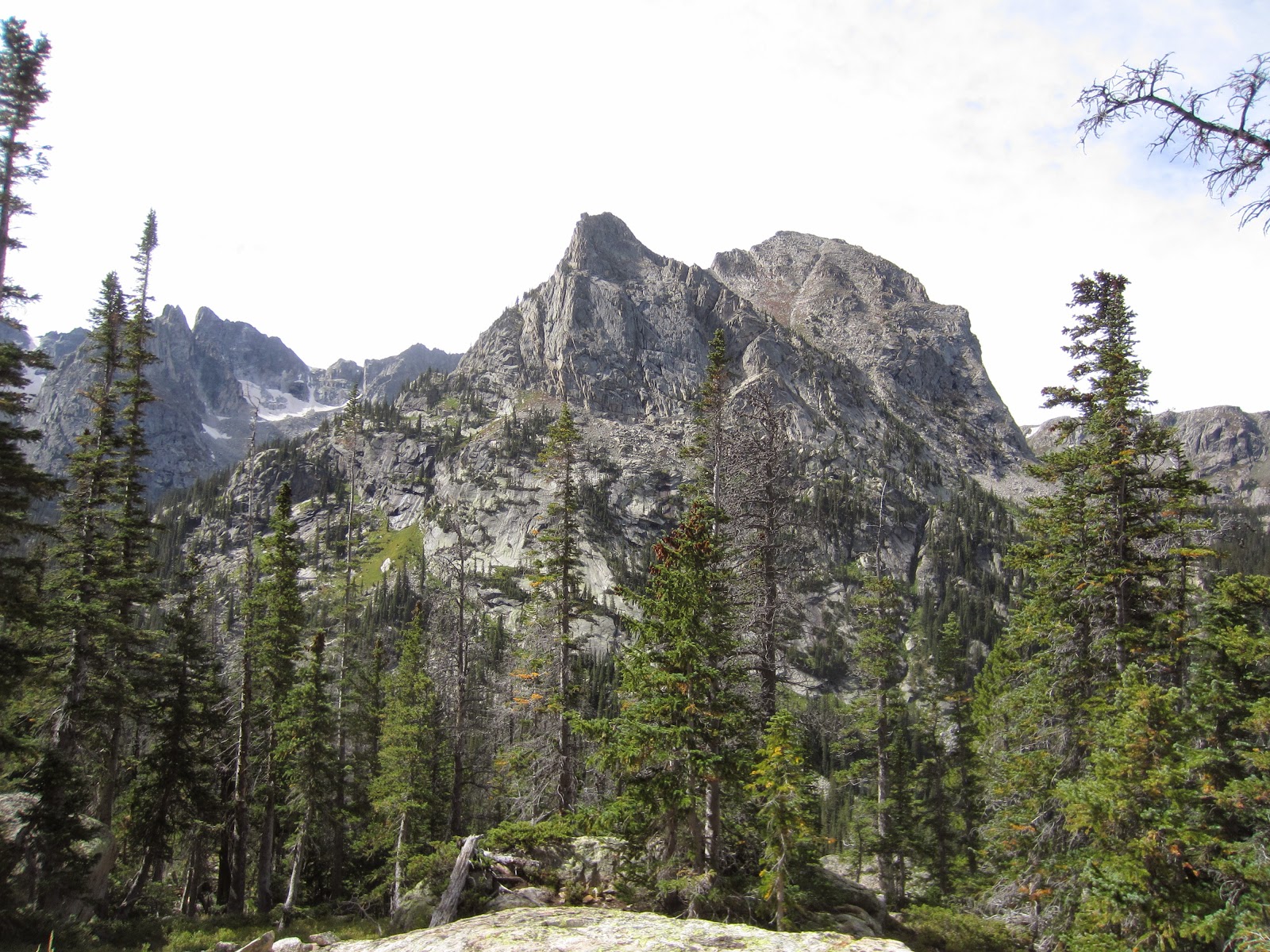 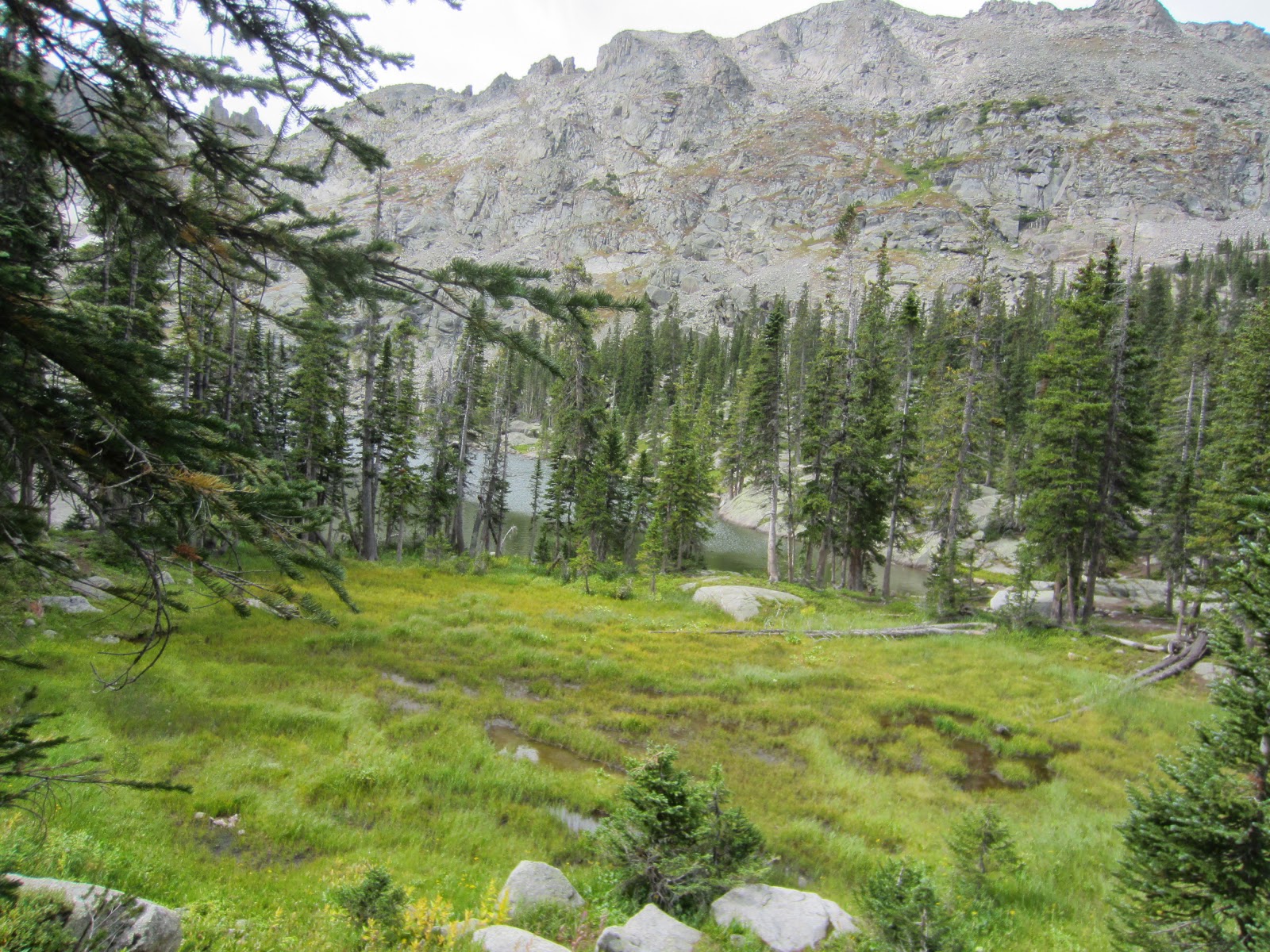 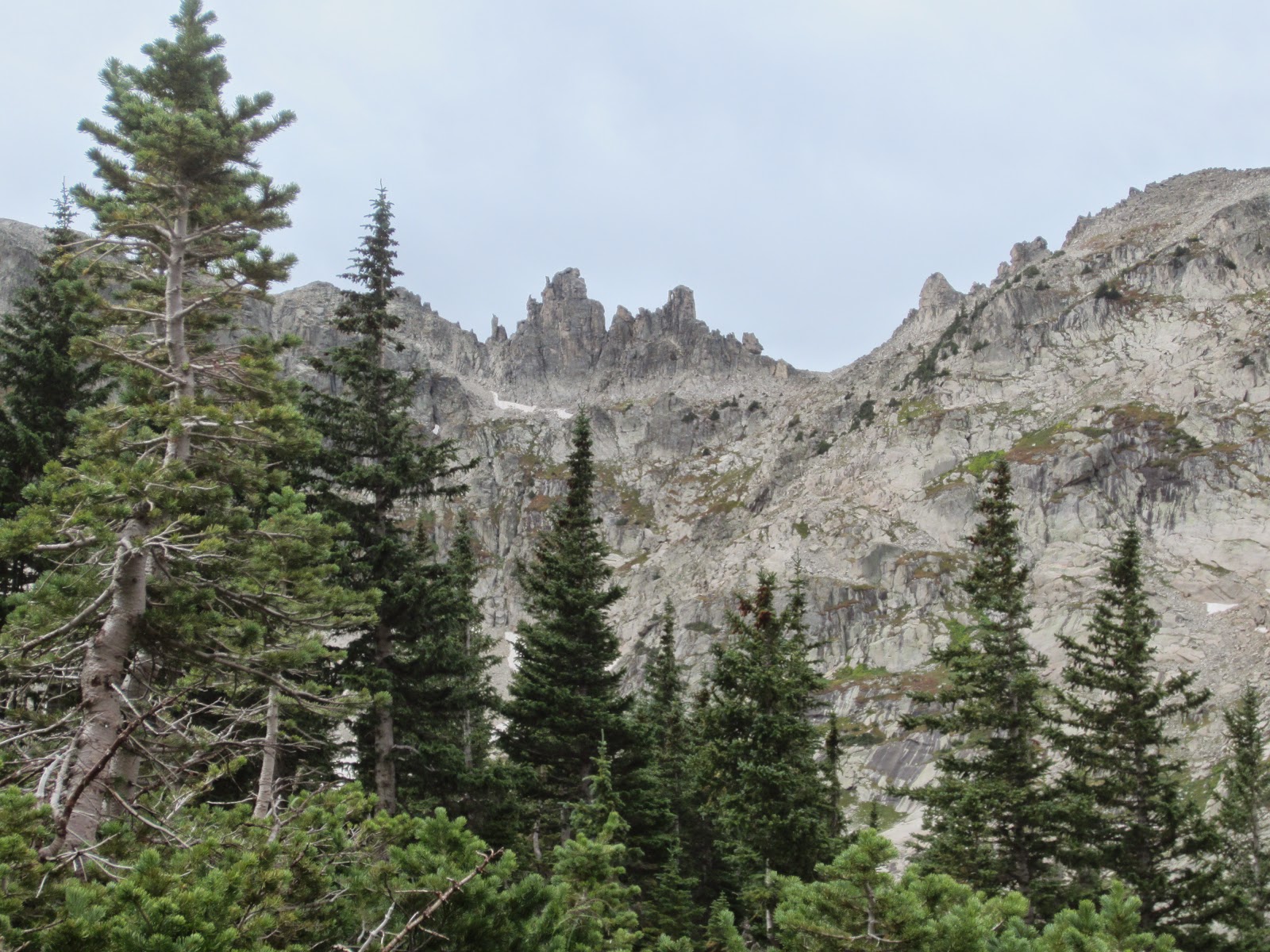 Surprisingly, there were still some decent lingering patches of wildflowers. 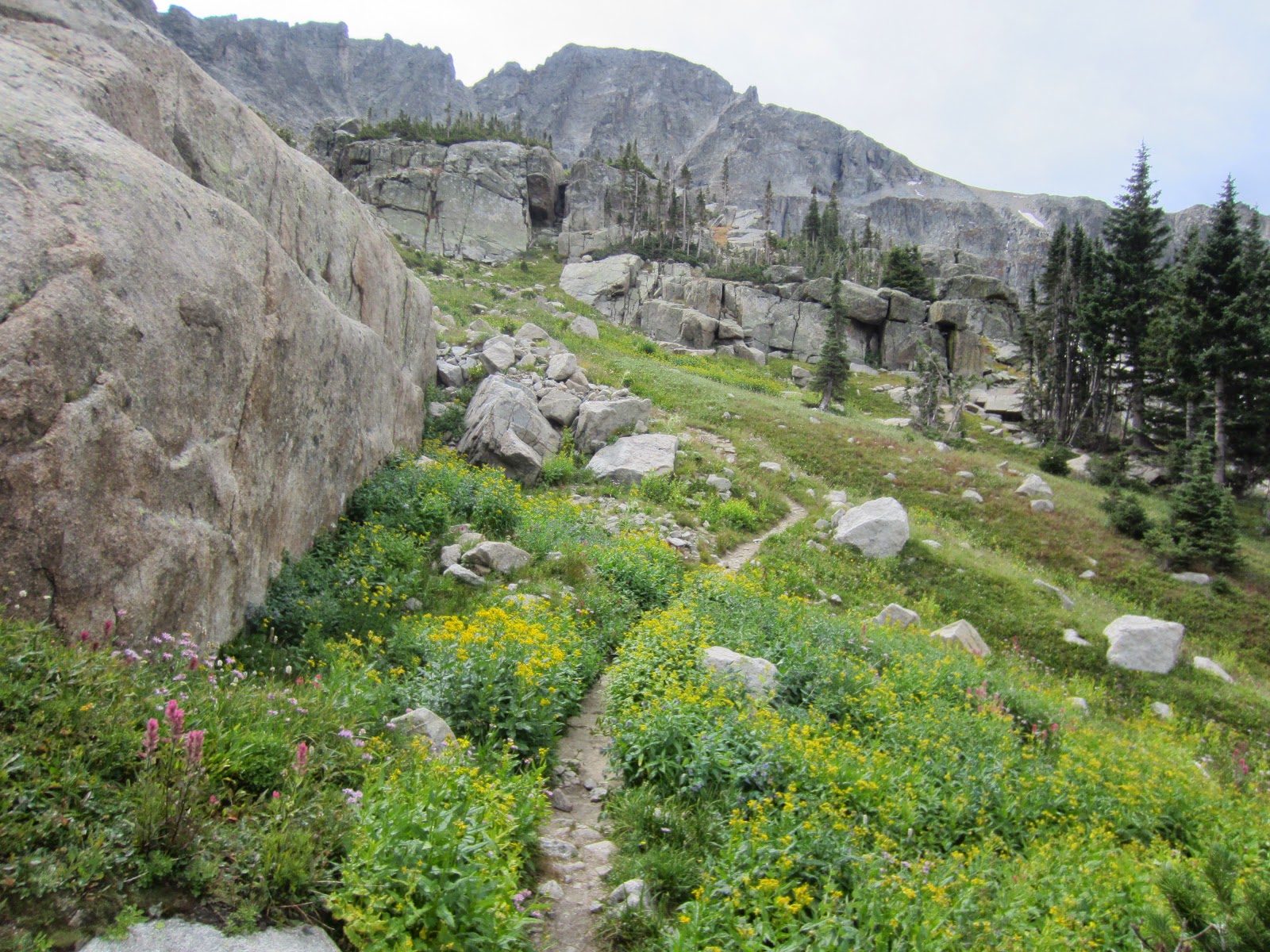 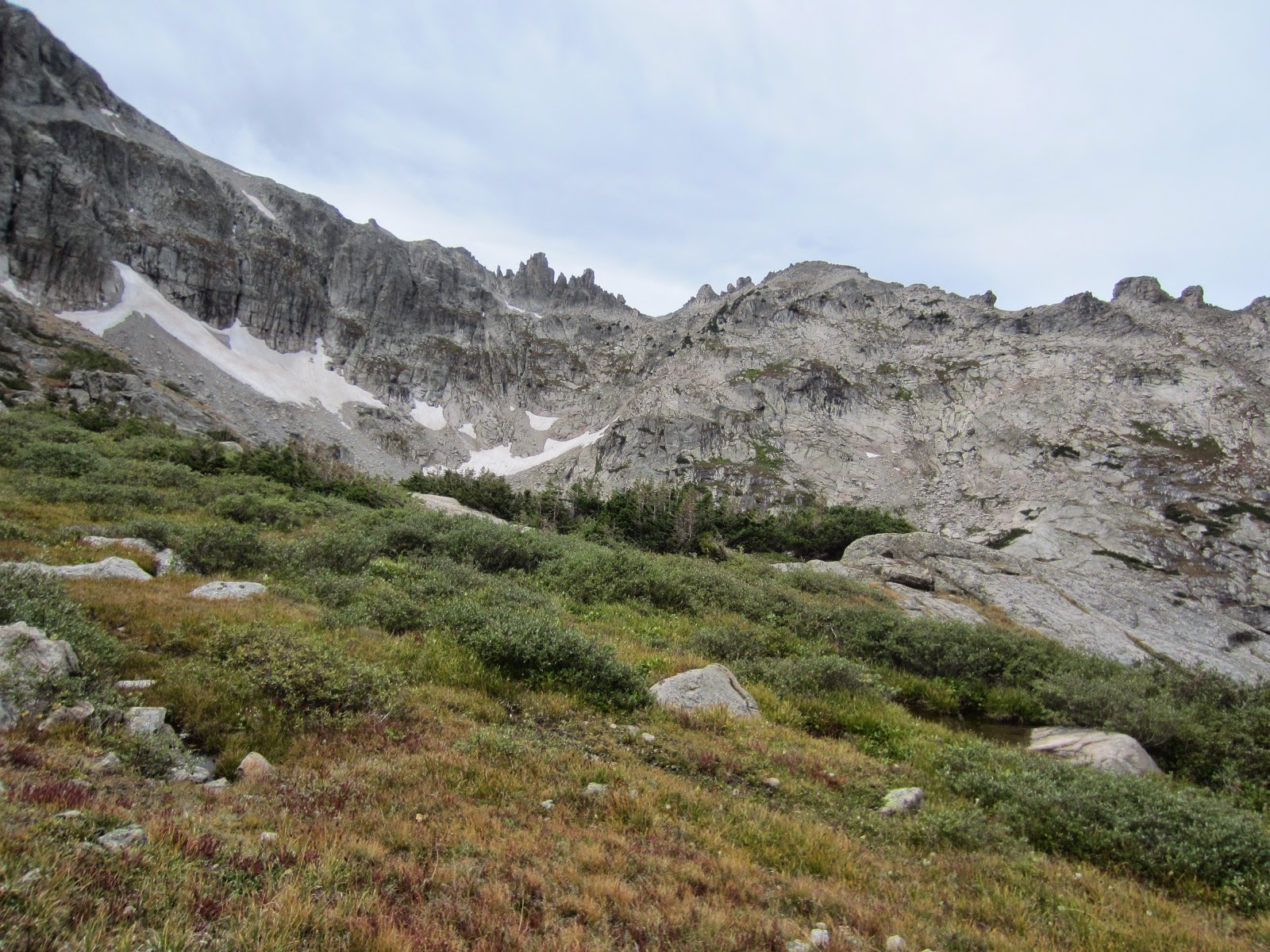 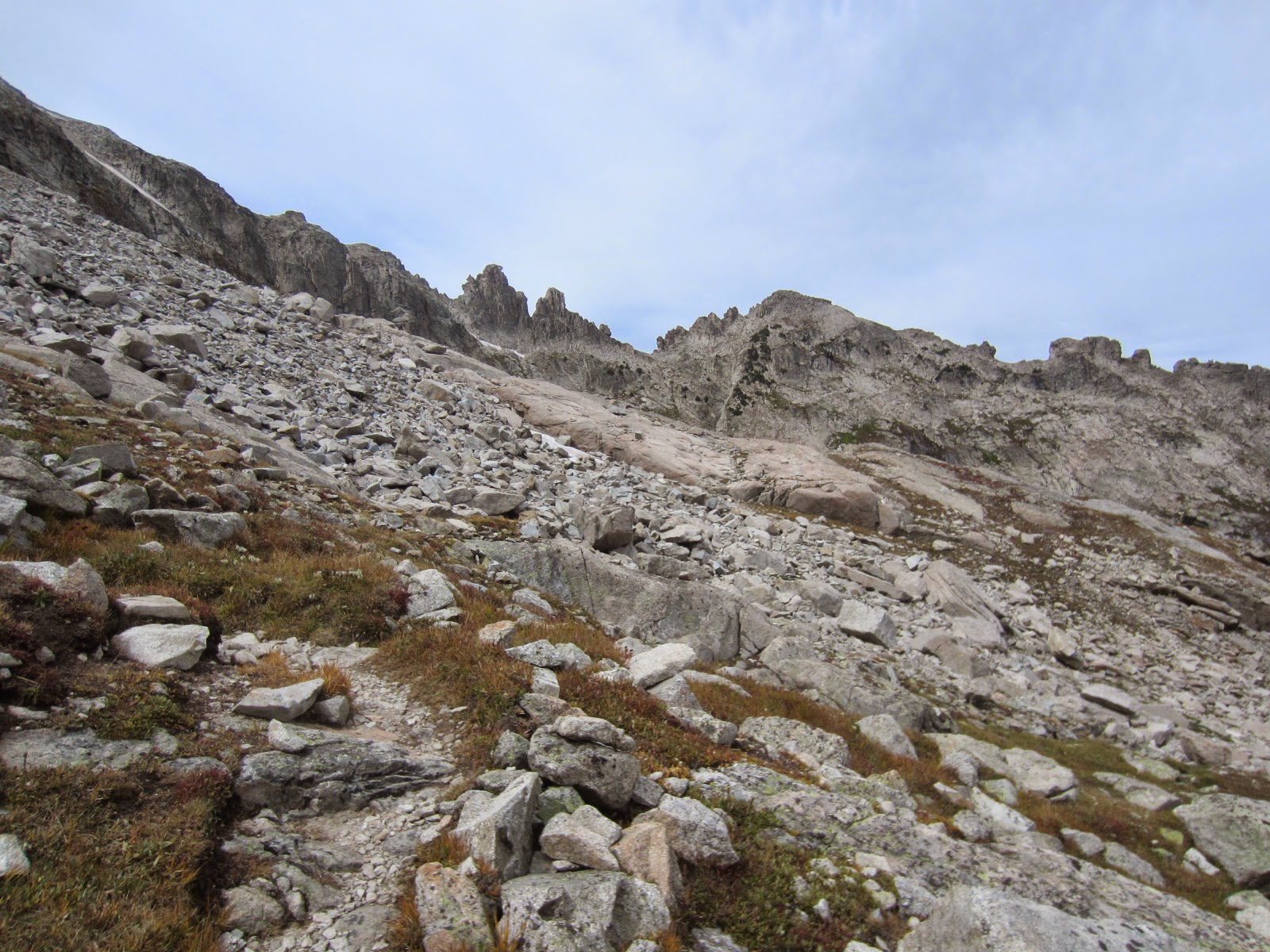 Looking down at Pawnee Lake 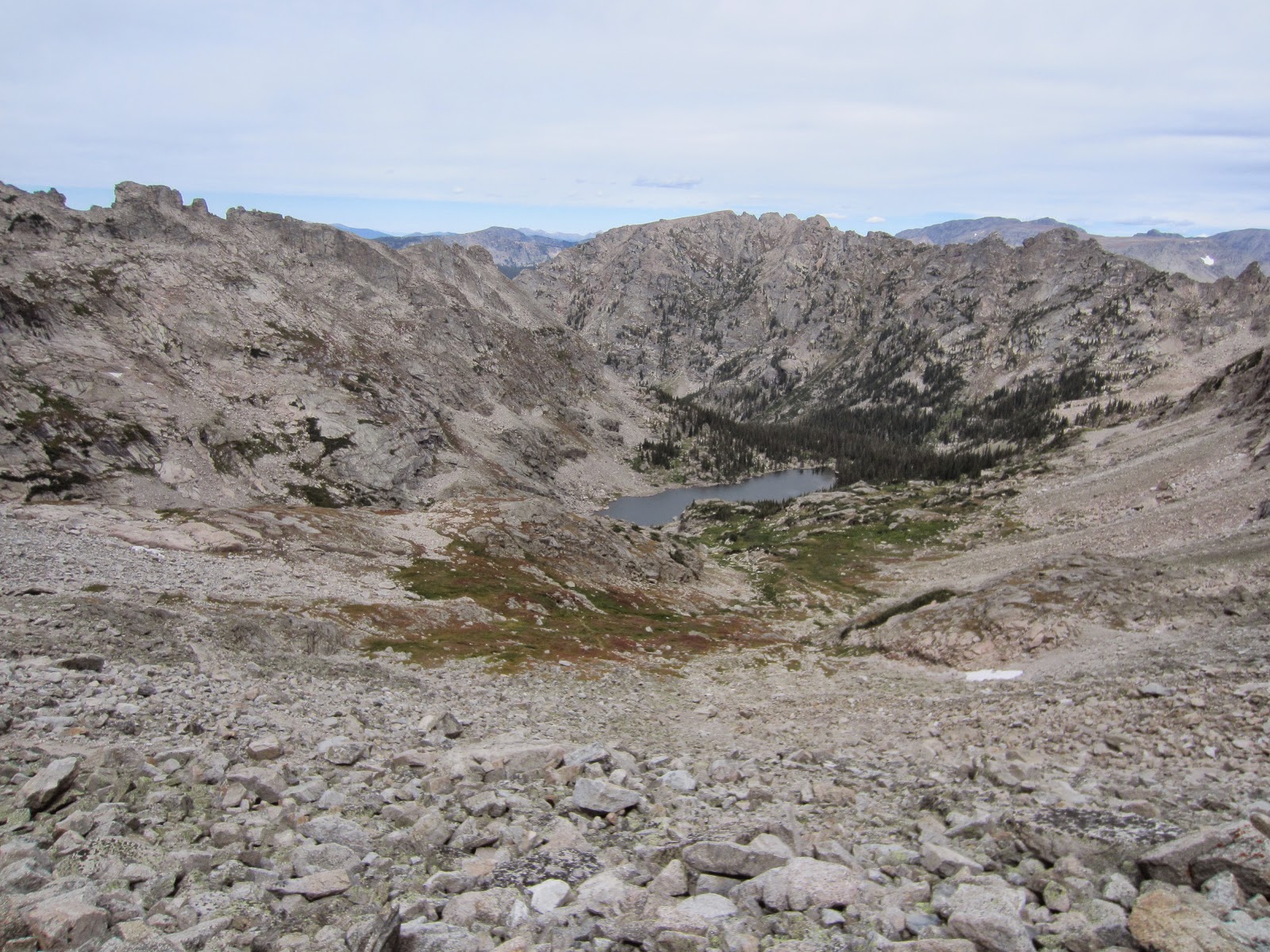 Looking up at Pawnee Pass.  Seems impossible that the trail can go there. 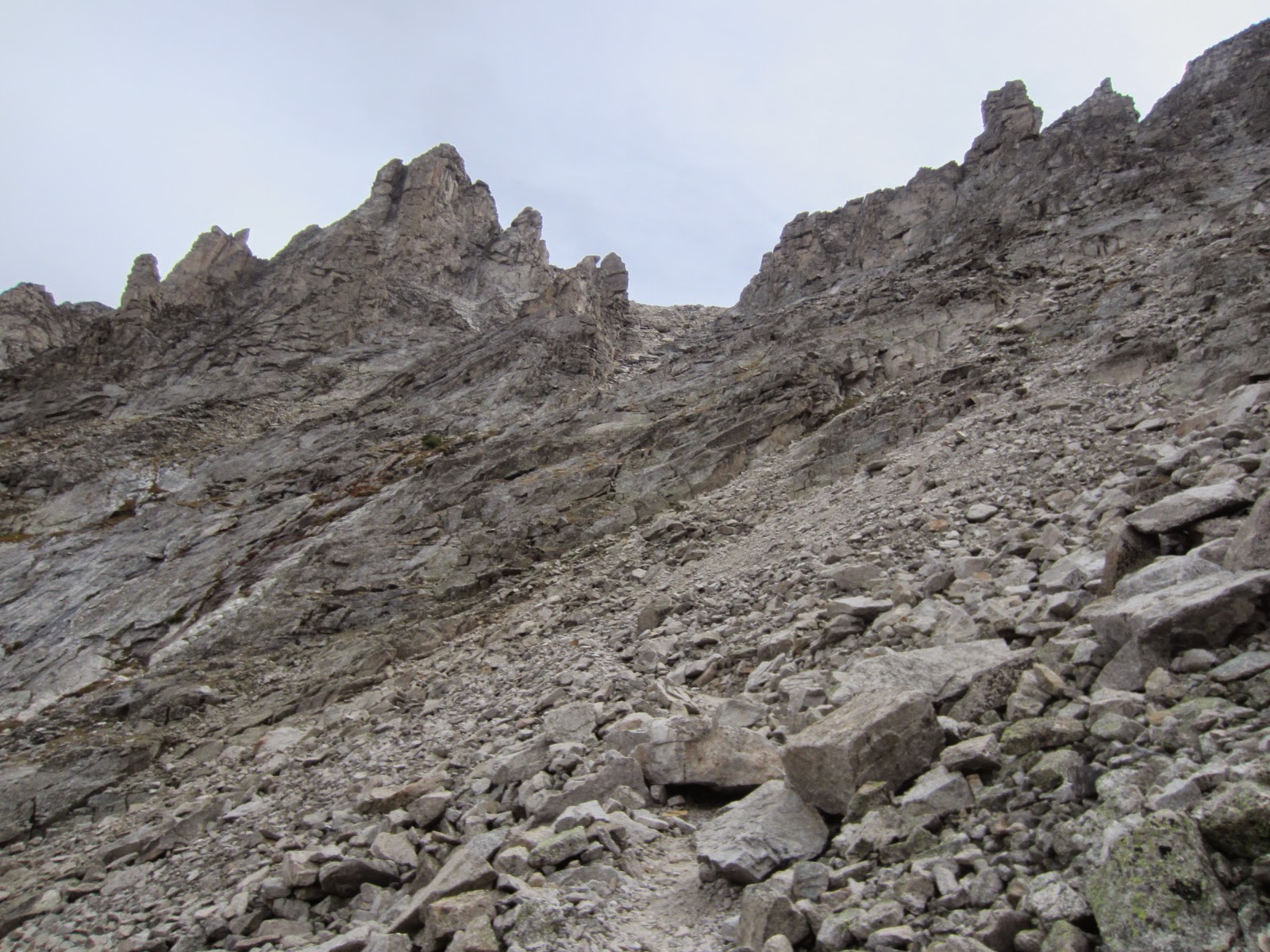 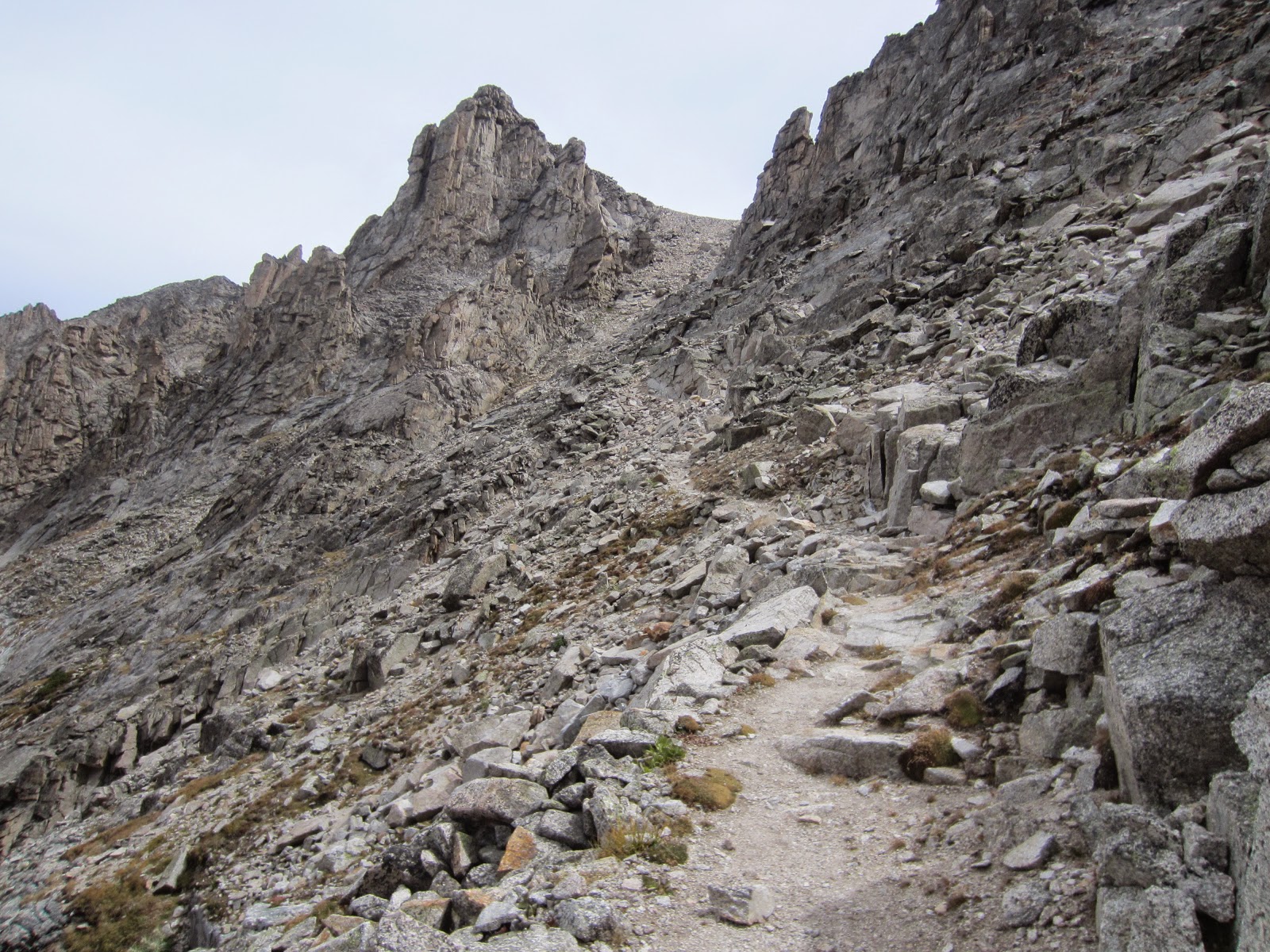 Looking back down the West side of Pawnee Pass. 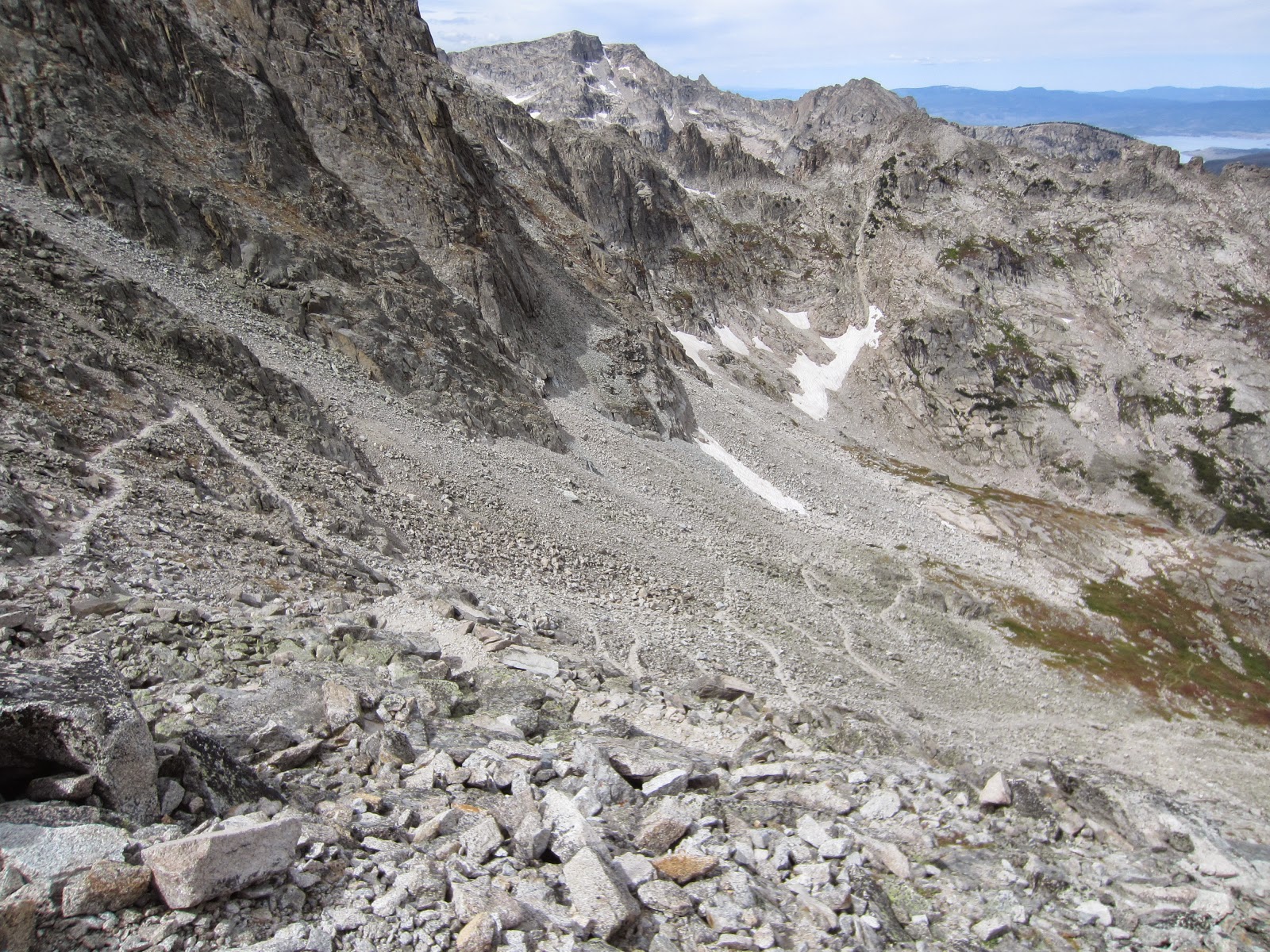 Finally on the pass. 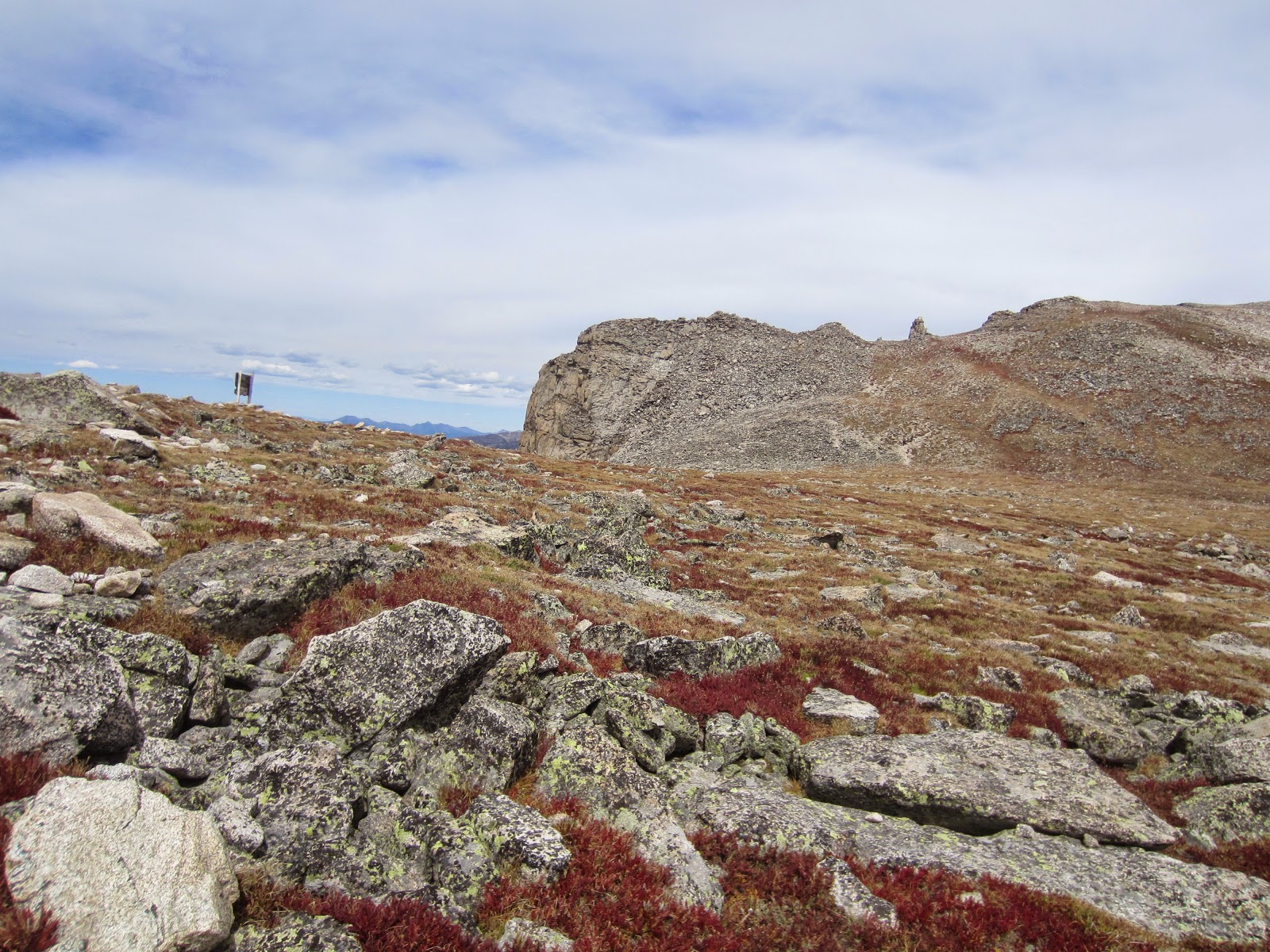 Looking toward Little Pawnee and Audubon 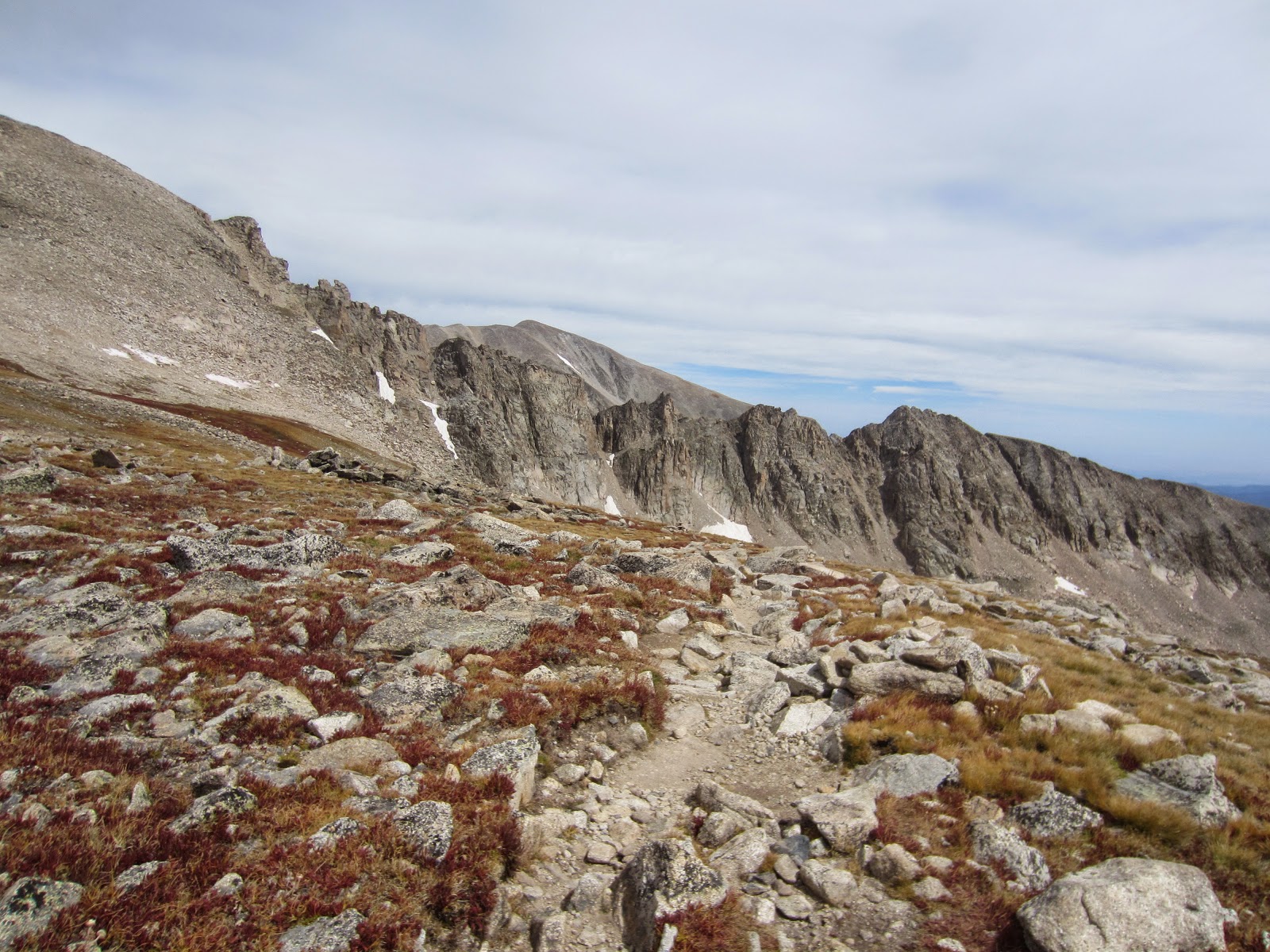 Just 5 miles to go down to those lakes. 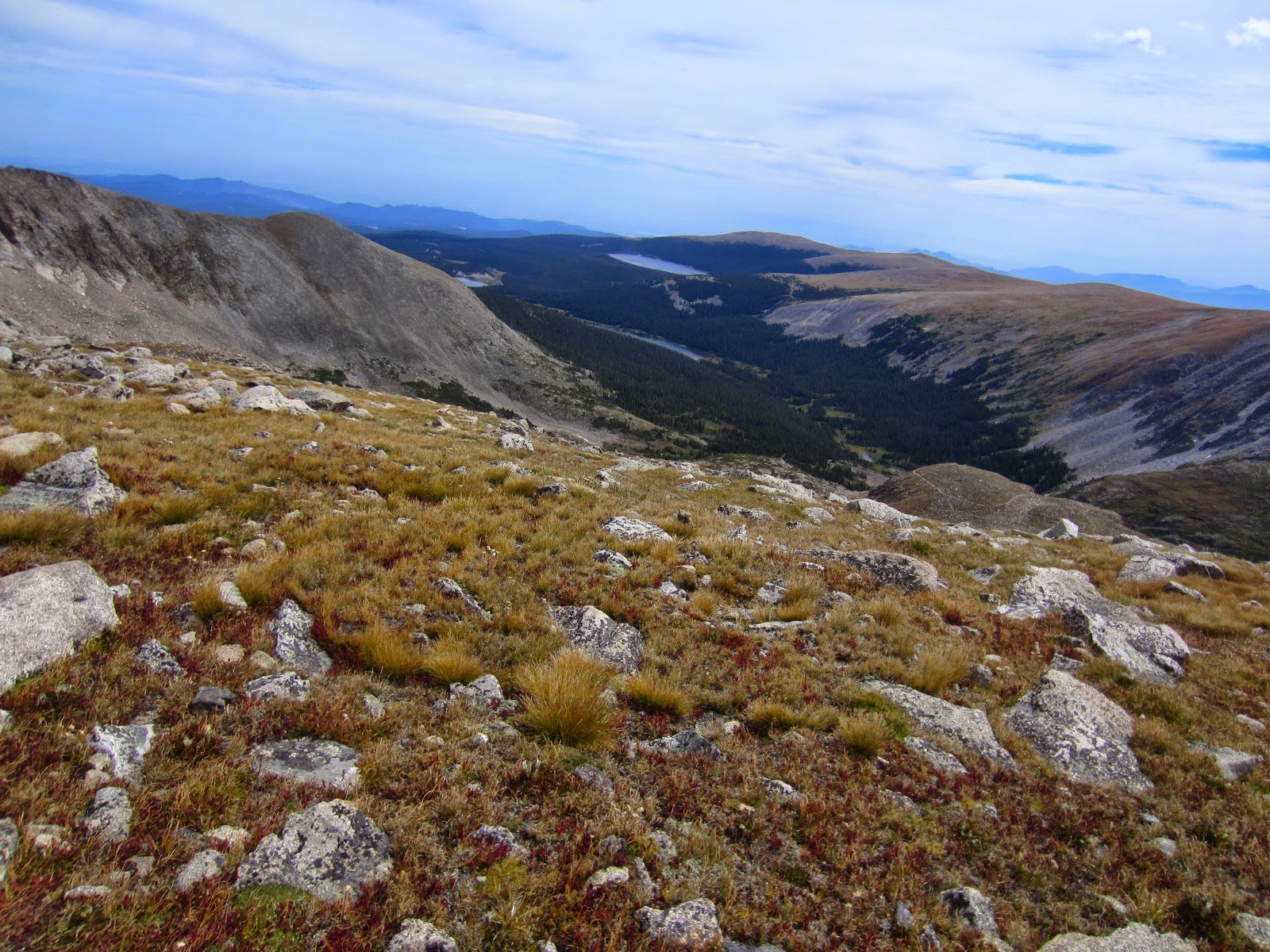