Perhaps a bit anticlimactic, as I had 100 or more ascents of Green Mountain prior to when I began keeping track on December 1st, 2004, but 1,000 sounded like a good round number over 10 years and cause to celebrate.  At the very least, a good excuse to get a group of great friends together for a run on my favorite hill.

Back in October, since we have shared quite a few summits together, Tony and I had discussed the possibility of coordinating our official 1,000 summits of Green milestone, as he was coincidentally only 20-25 behind me at the time and was hopeful that he would catch up in a month or two (normally easy for him to do), but a nagging and recurring shin injury prevented him from closing that gap.  Without really trying and sooner than anticipated, I found myself easily within range of reaching 1,000 in an even 10 years, which sounded good to me and so I reluctantly decided to plan for Nov. 30th.  Ridiculous I know, but since I am no math wiz, these even numbers would make it really easy for me to do the calculations in my head (1,000/10 = 100) ;).  Hopefully I can join Tony for his 1,000th in the next month or two as his shin improves.

When I started keeping track back in 2004, it was primarily to record vertical gain, my fastest times on various routes, different peaks, the mileage I was putting on test shoes, etc...  and was all in an Excel spreadsheet.  I never thought of reaching 1,000 on any peak.  I could go back and get exact numbers (though I don't feel like it), but from 2004-2010, I would typically only run Green between 50-80 times per year, mostly in the Spring, Fall and Winter.  This was mainly because more often than not, we were off to the high mountains for grander adventures.

But, in 2010, we had twins and our opportunities to get to the high country became drastically reduced and thus I ended up doing more running/hiking/adventuring locally.  My usual yearly count then ended up being 150-180 and the total was quickly growing.  Though I often visit the other nearby peaks, I keep coming back to Green, mainly, it fits perfectly into my schedule, when on most days, I only have about an hour.  I guess I could do 2 laps on Sanitas in that time, but I am not a fan of the crowds there and Sanitas quickly feels repetitive.  Bear Peak is awesome, but the added 10-15 or so minutes required is often out of the question for me when I already feel as though I am stretching my limits being out selfishly running.  SoBo is great too, but that takes even longer, especially with the added driving, recent trail re-routes and flood damage in Shadow Canyon.

No matter how many times I get out on Green Mountain, I miraculously never get sick of it and it remains one of my favorite peaks.  Every trip is a new adventure and it never ceases to amaze me how many various routes I can dream up and how much adventure can be found on this peak, only a mile or two from town.  It can feel remarkably and deceptively remote at times.  I have come to know each and every rock and log step in the trail (and now ladder rungs), notice when my right foot steps on a certain rock or log that I am out of sync vs. stepping in the same spot with my left.  I enjoy the consistency, observing changes, tangibly monitoring my fitness on given routes, knowing where to expect ice, lingering snow, water, mud, animals, seeing familiar faces, etc...

Not sure if now I'll work on adding another 1,000 (probably), or check other peak counts and push toward 1,000 in other places.  Most likely though, as is the case with all of my running and outdoor adventures, it will all just come along naturally and without a plan.

Some random highlights, memorable moments or thoughts of note over those years in no particular order (and I am forgetting or omitting many):

Some photos from celebratory summit #1,000.  All photos by George Zack, unless otherwise noted.

Pausing to regroup on the ascent.  Andrew and Aron. 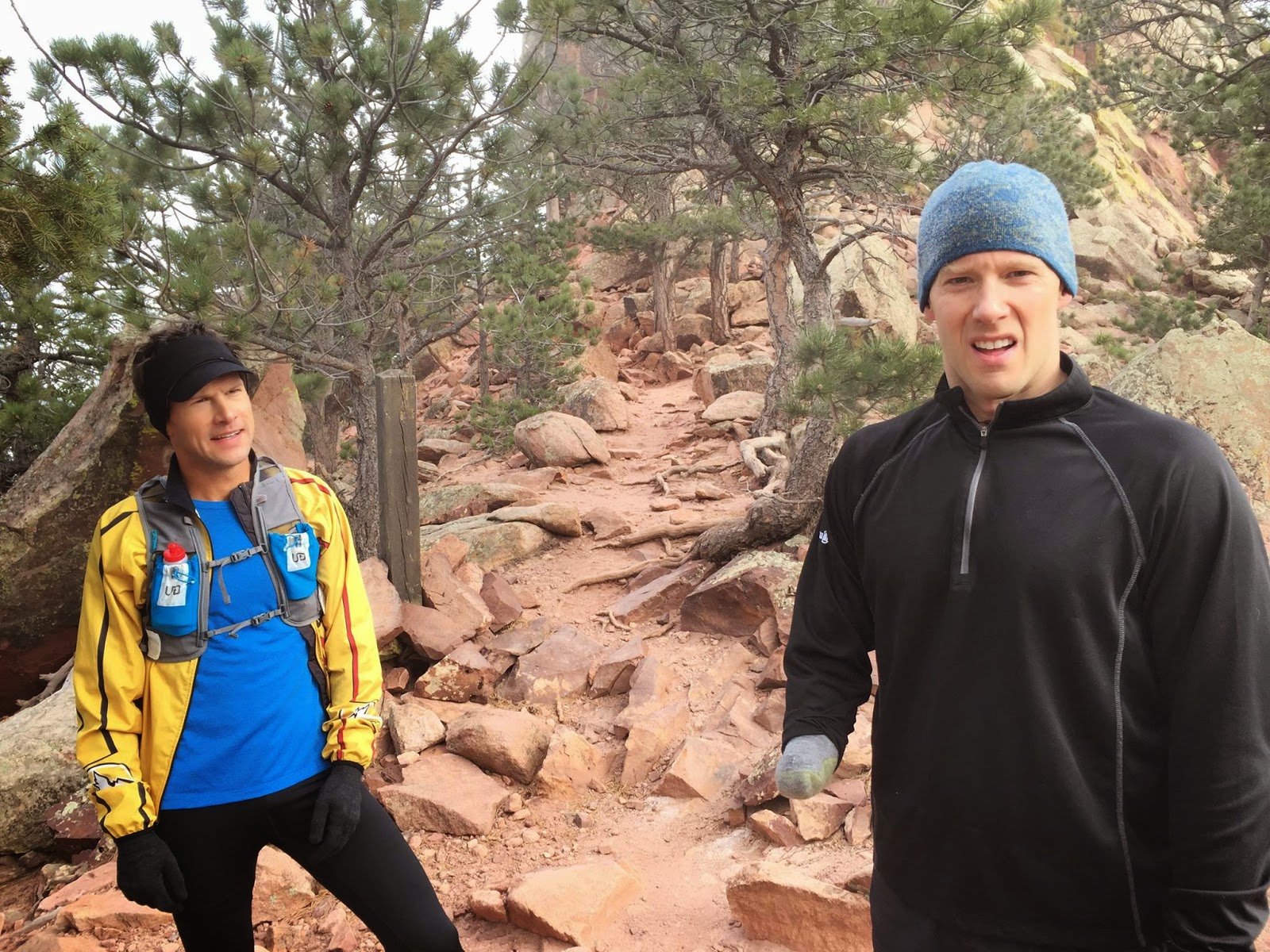 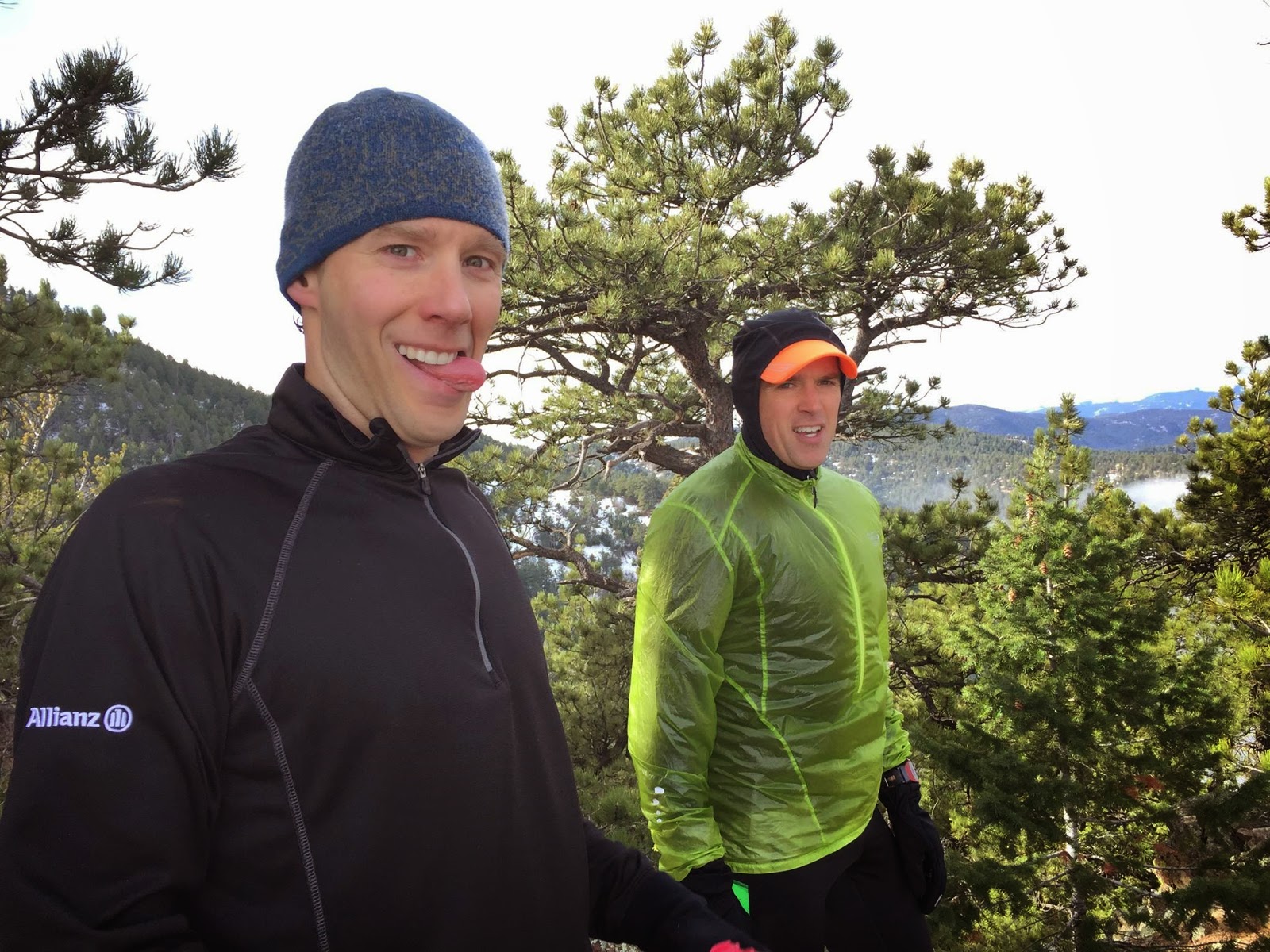 The true summit, that Joe contends was heli-lifted there.  Not a "proper" summit, like Bear. 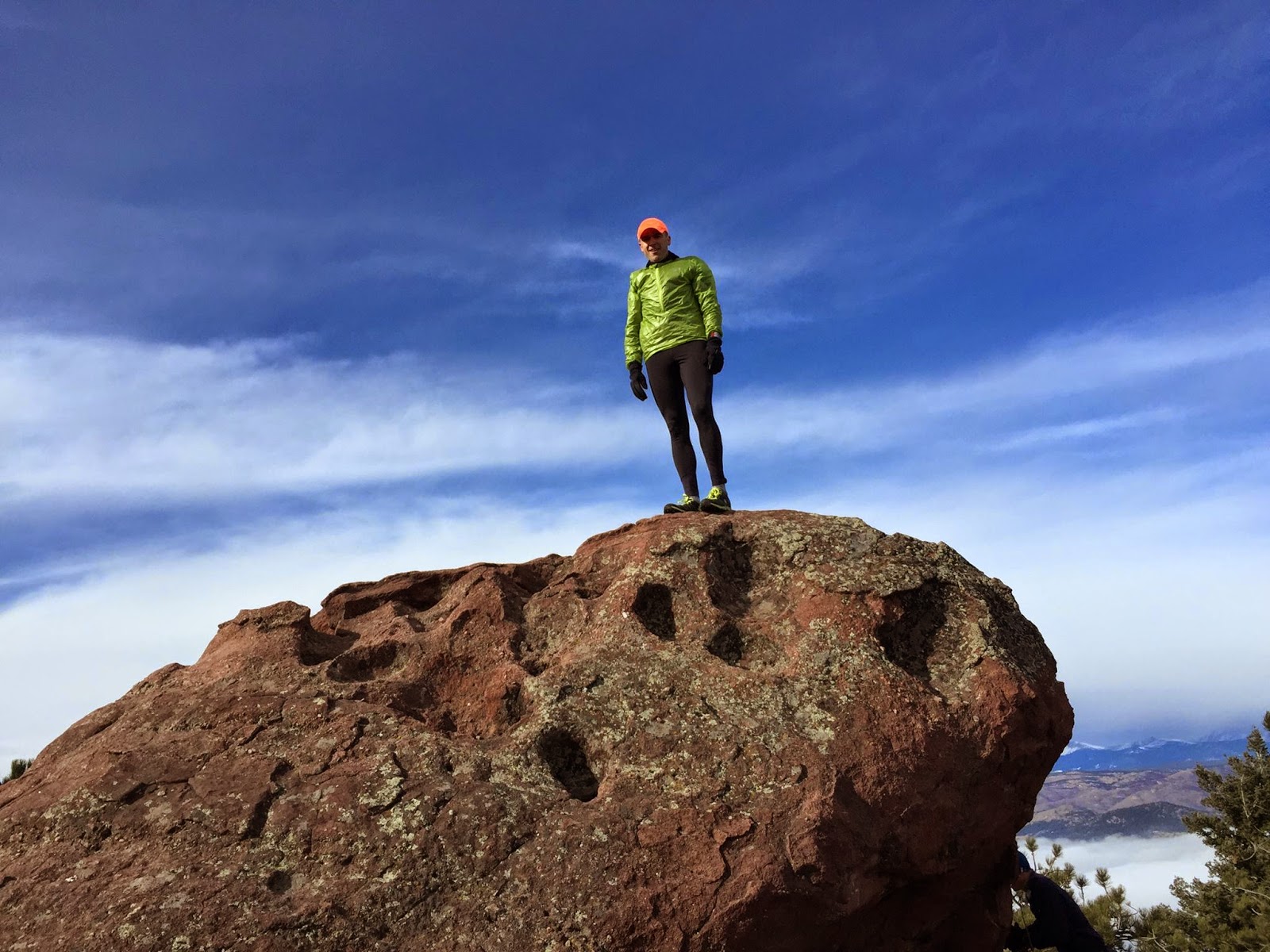 Joe snapping a photo of me. 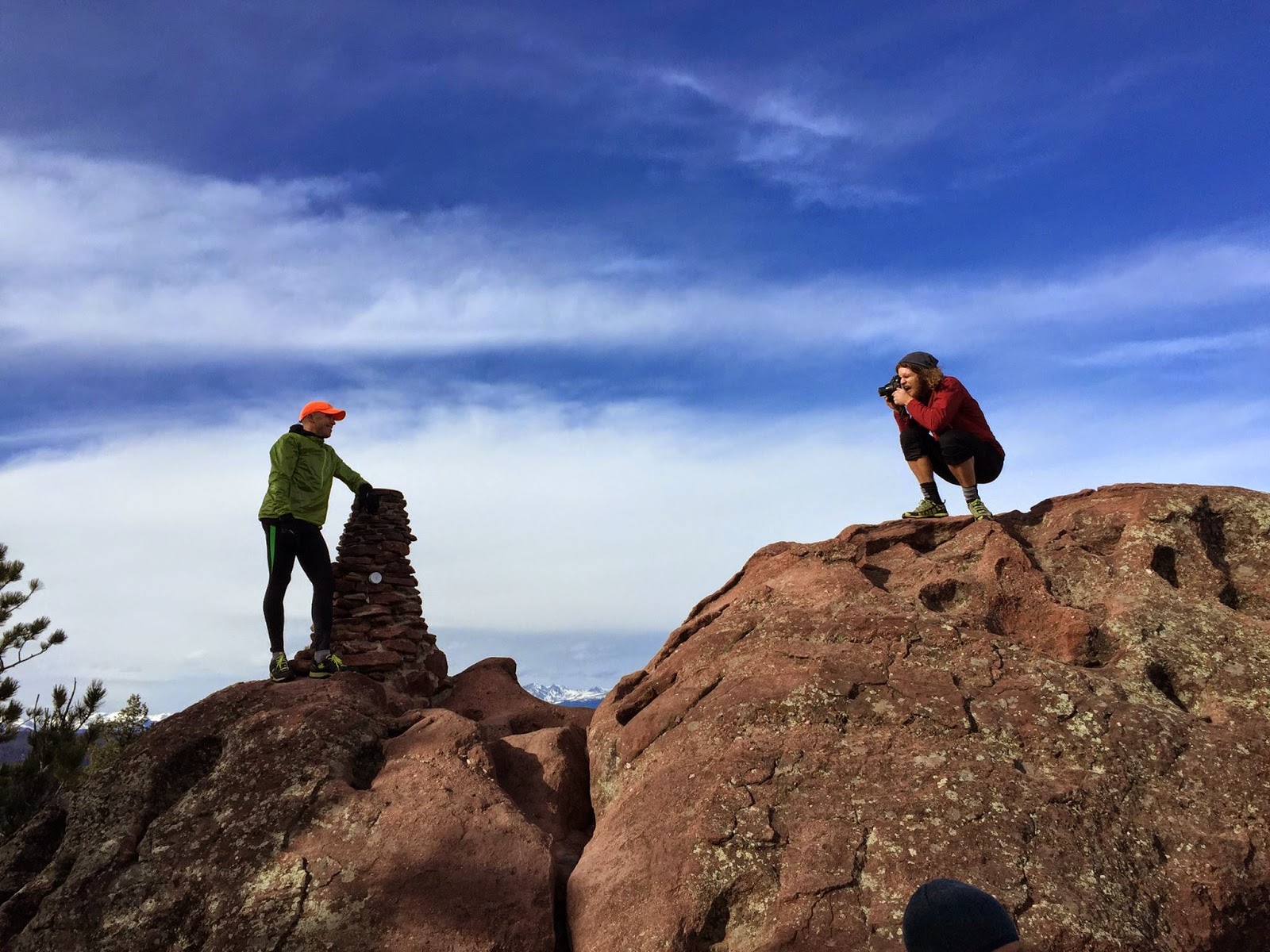 With a polaroid no less. 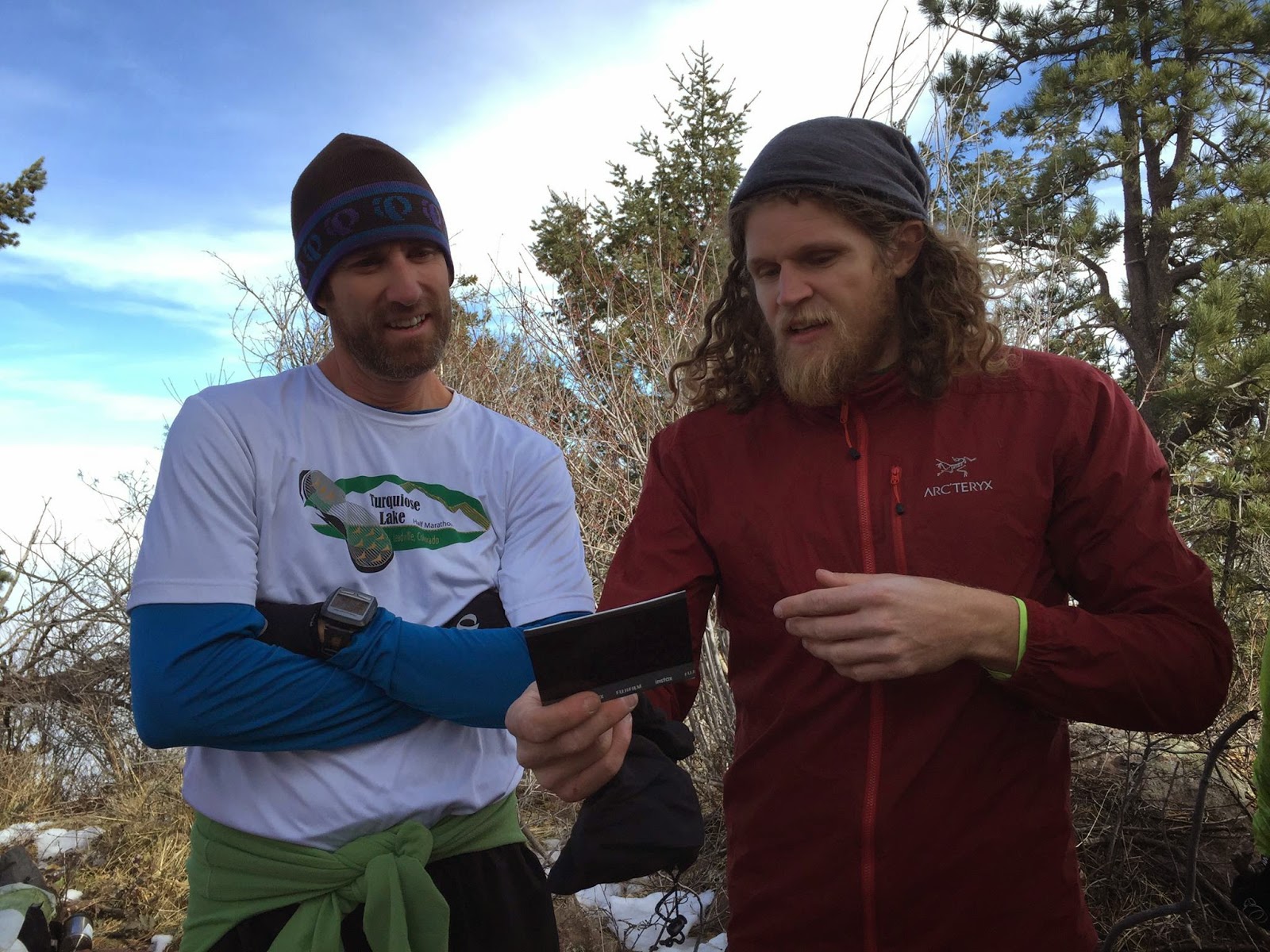 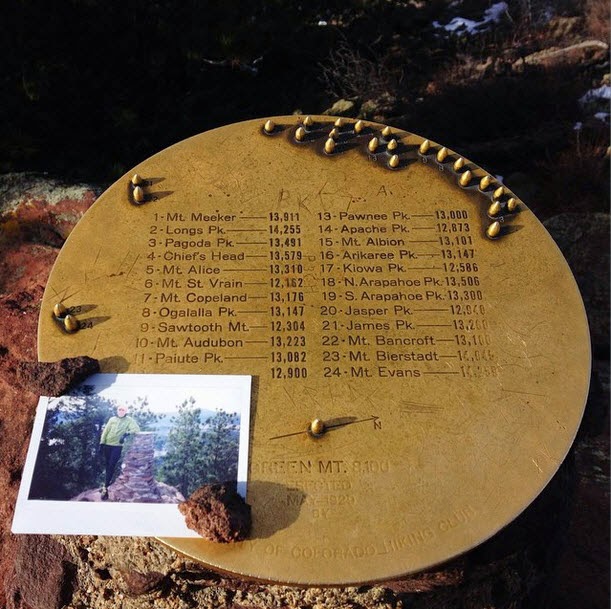 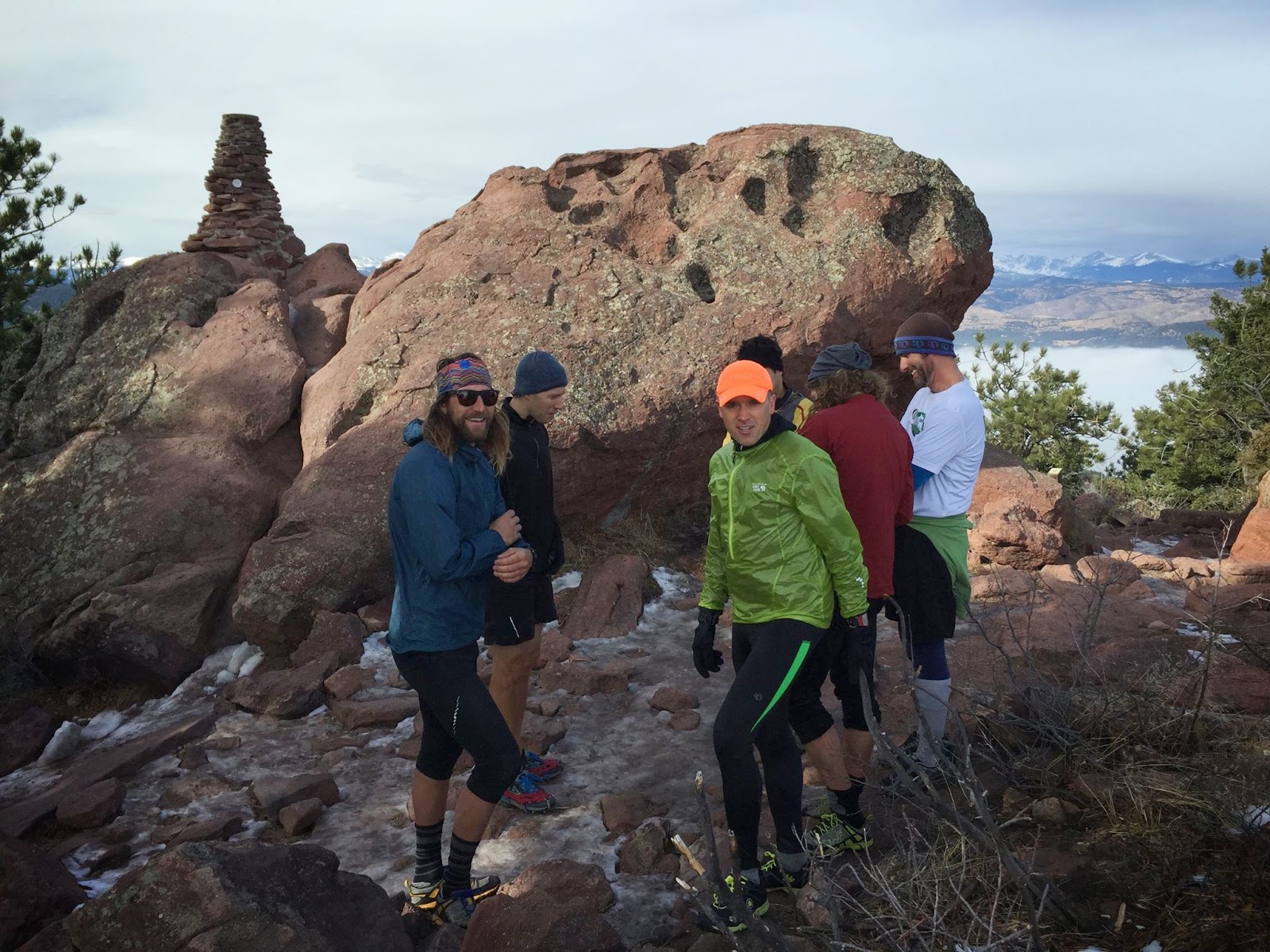 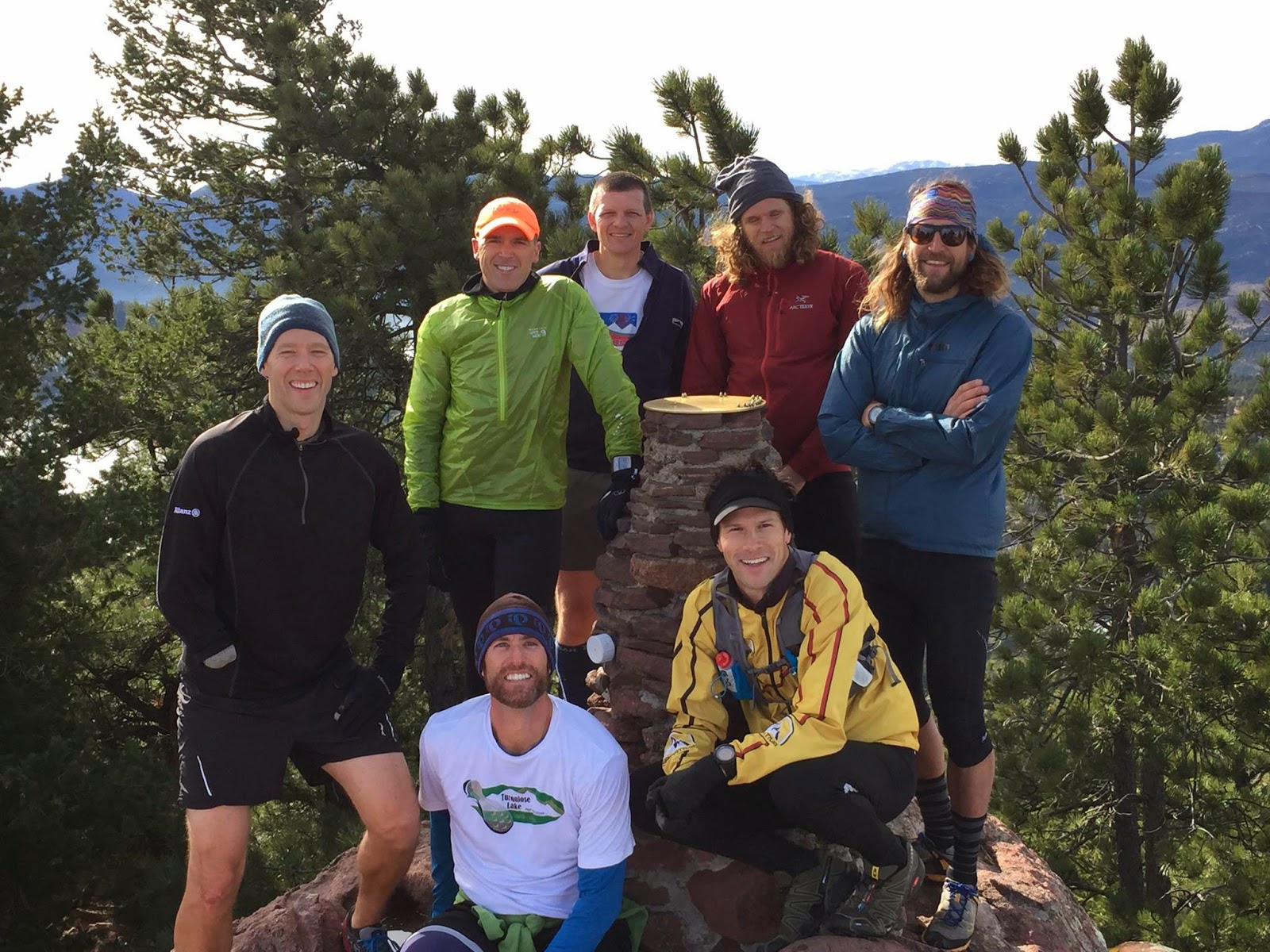 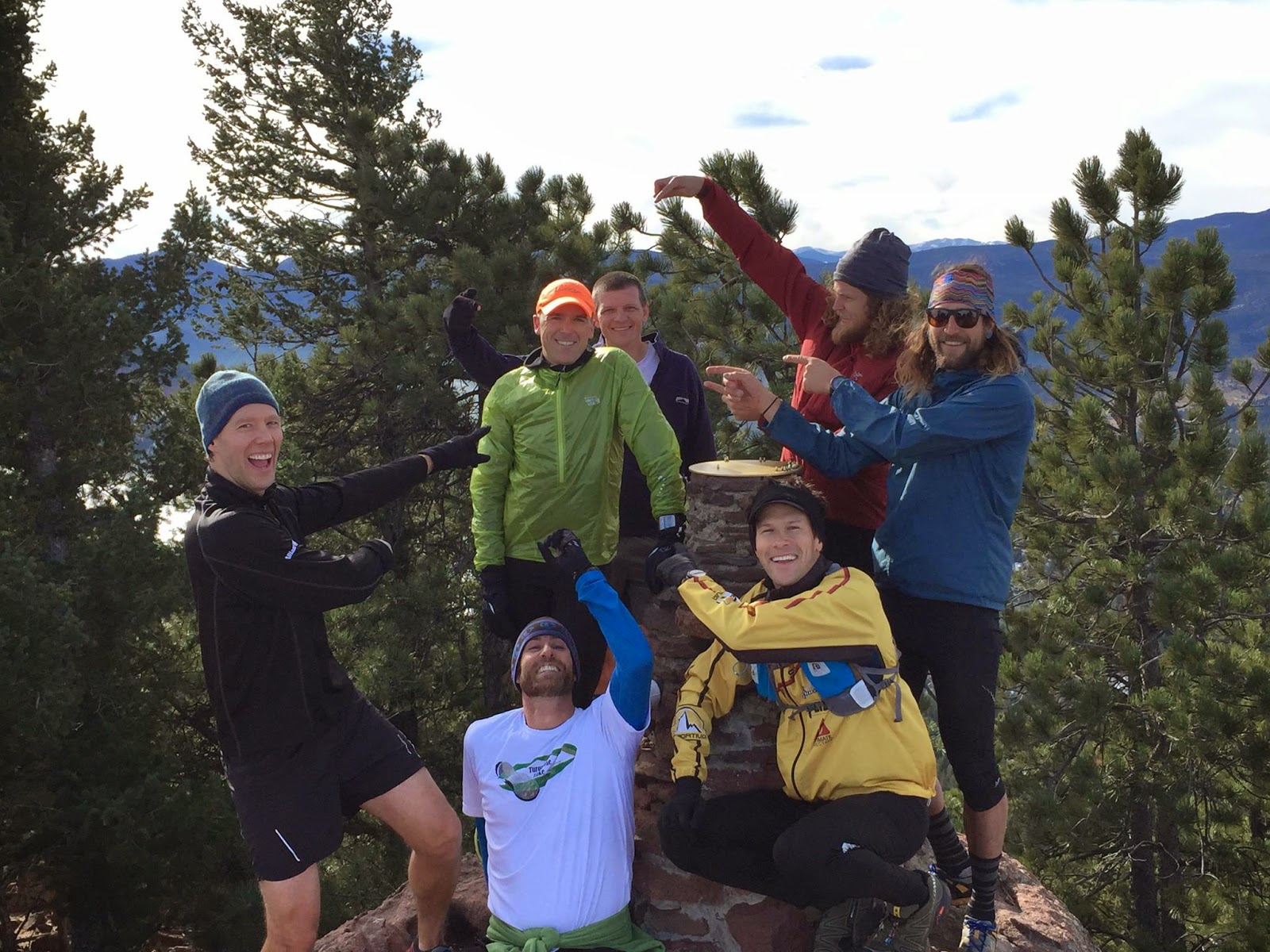 We had the pleasure of experiencing an amazing inversion and were above the clouds. 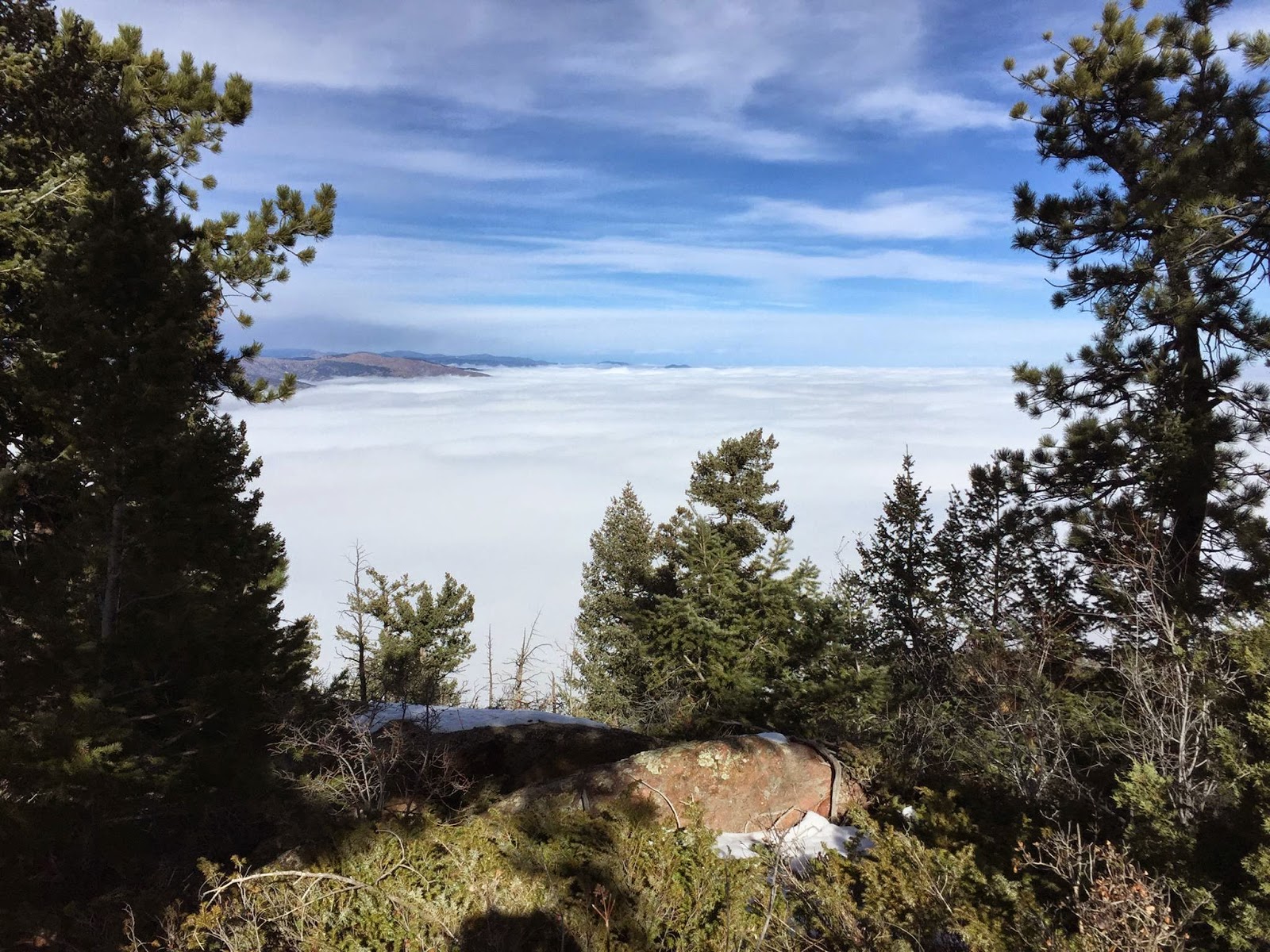 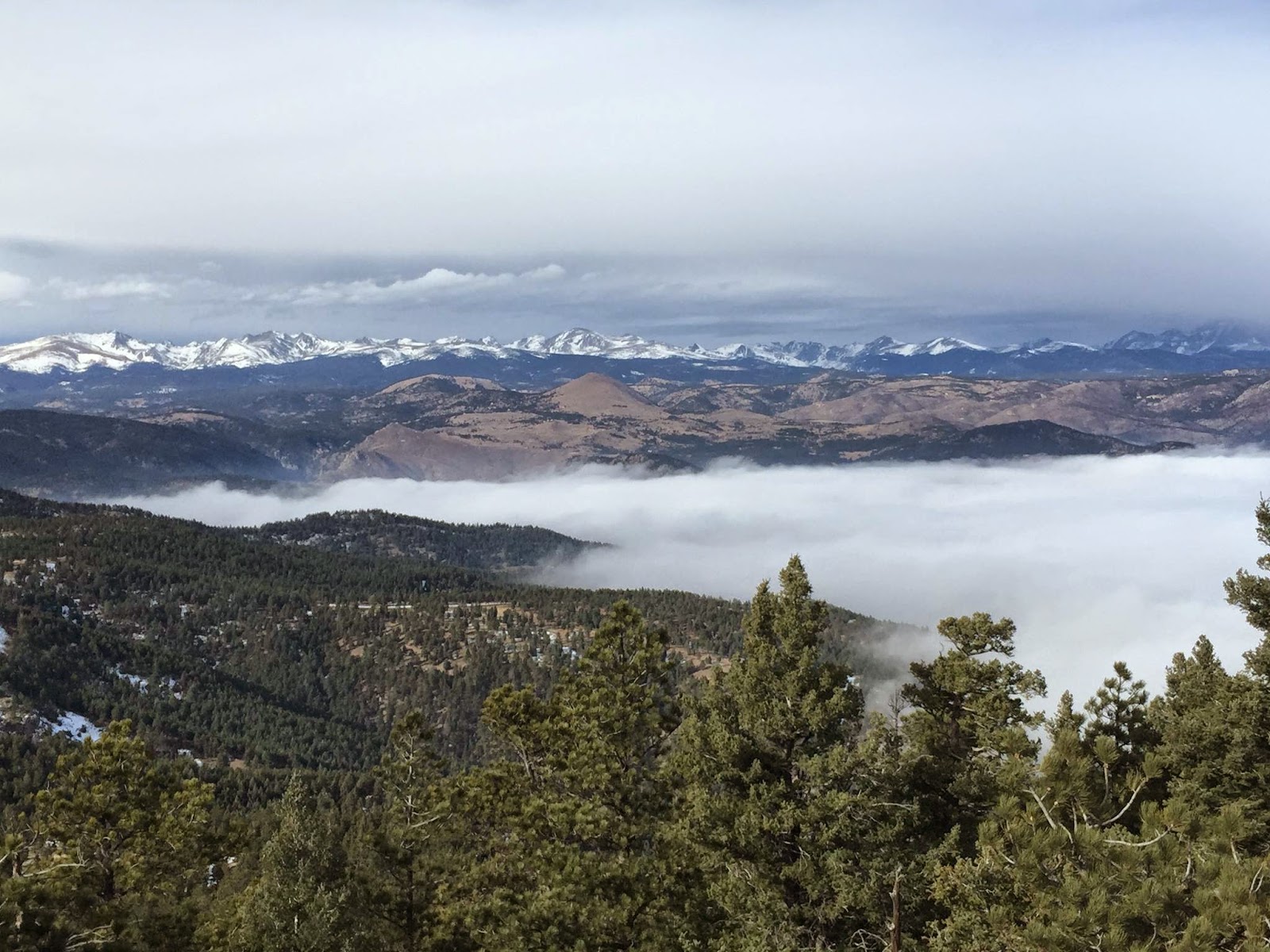 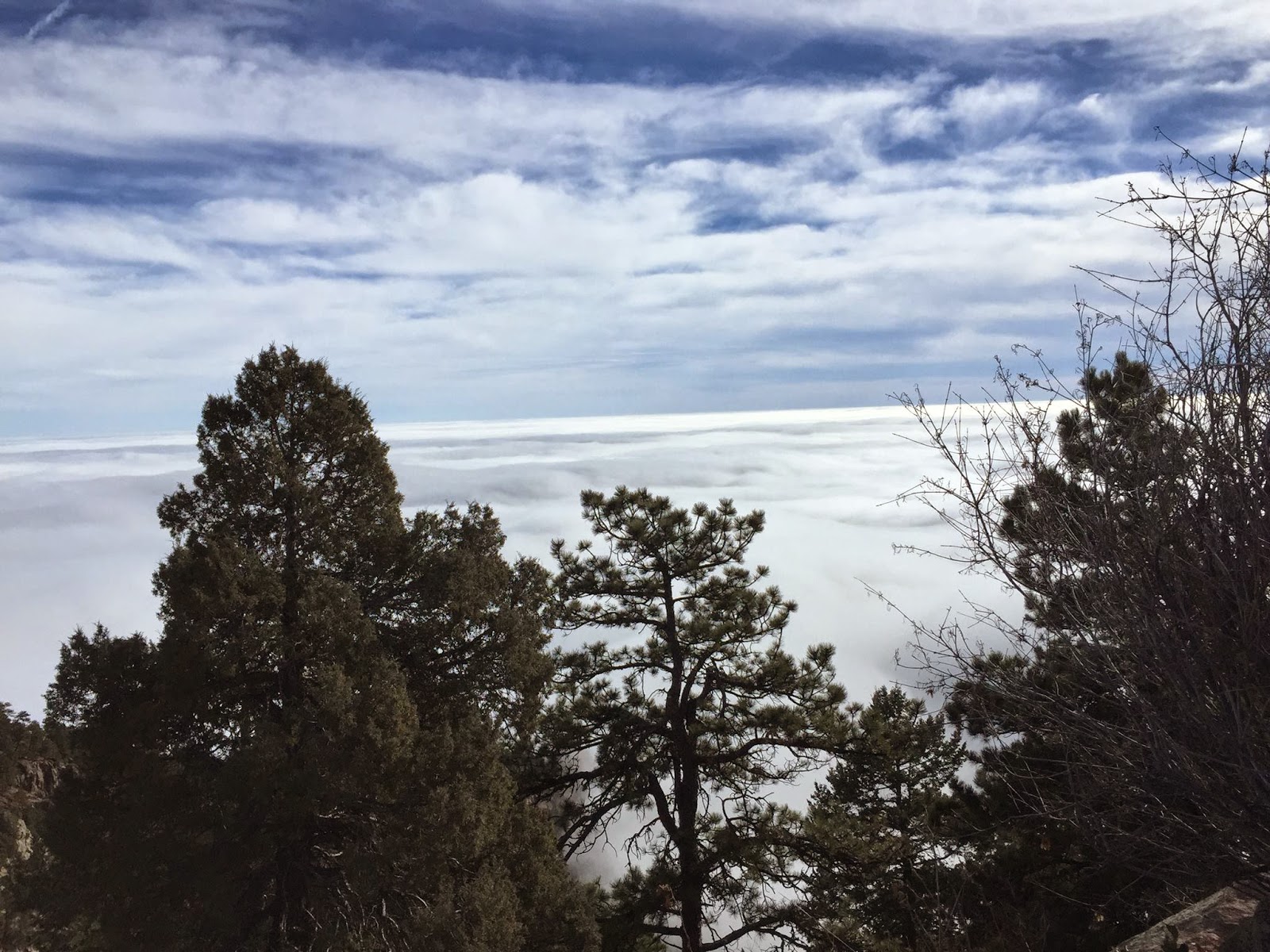 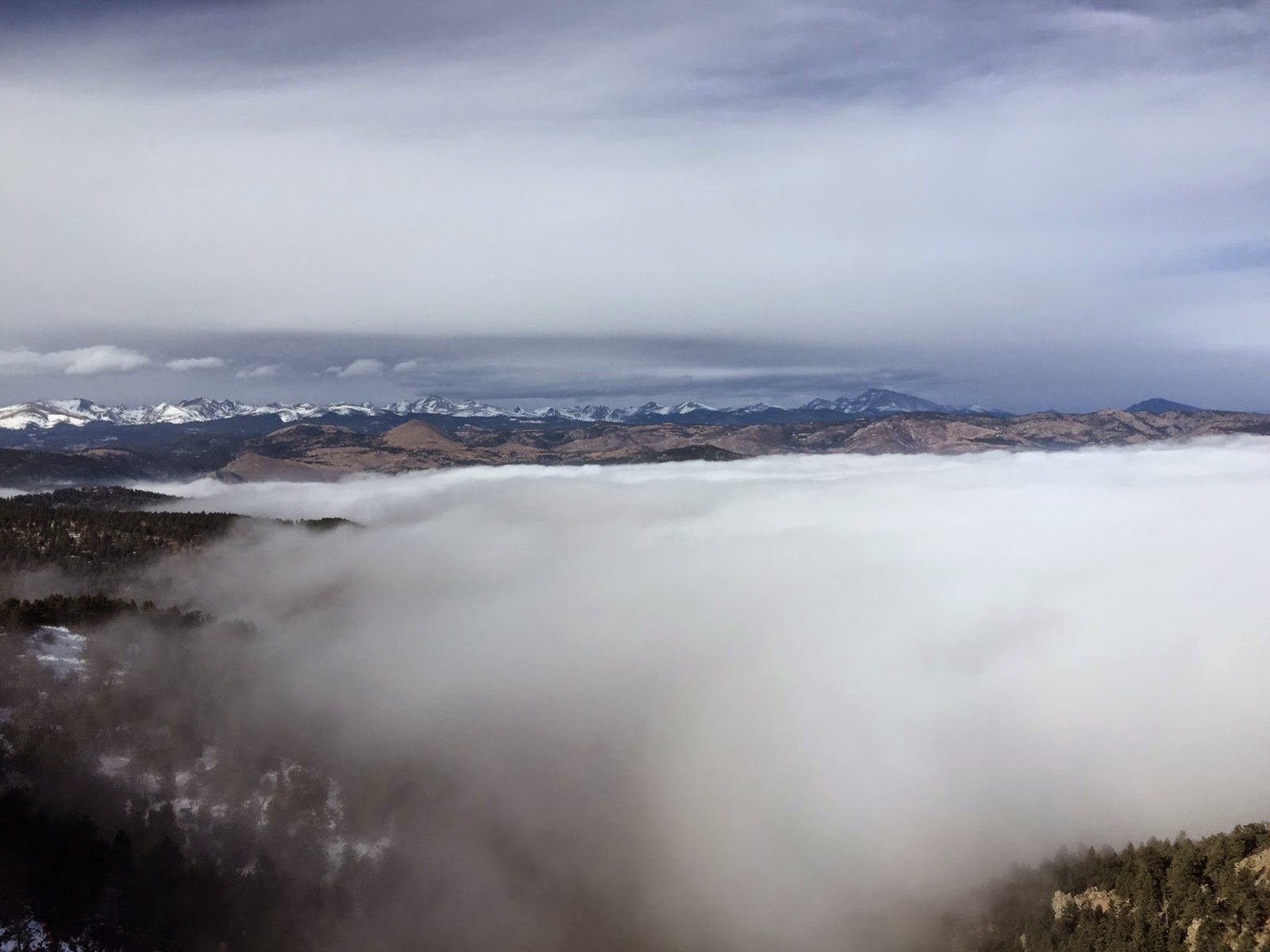 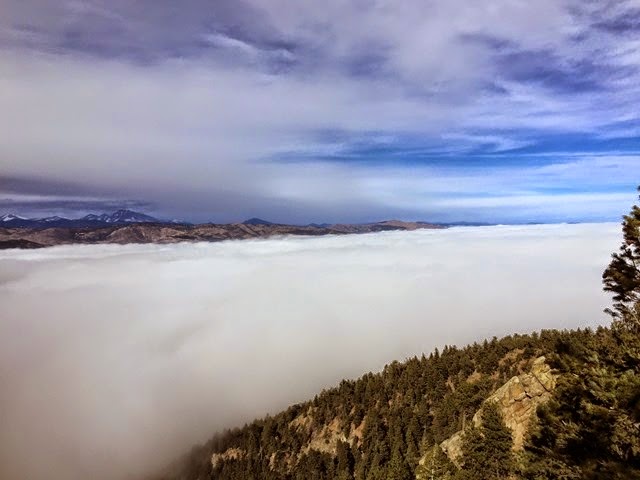 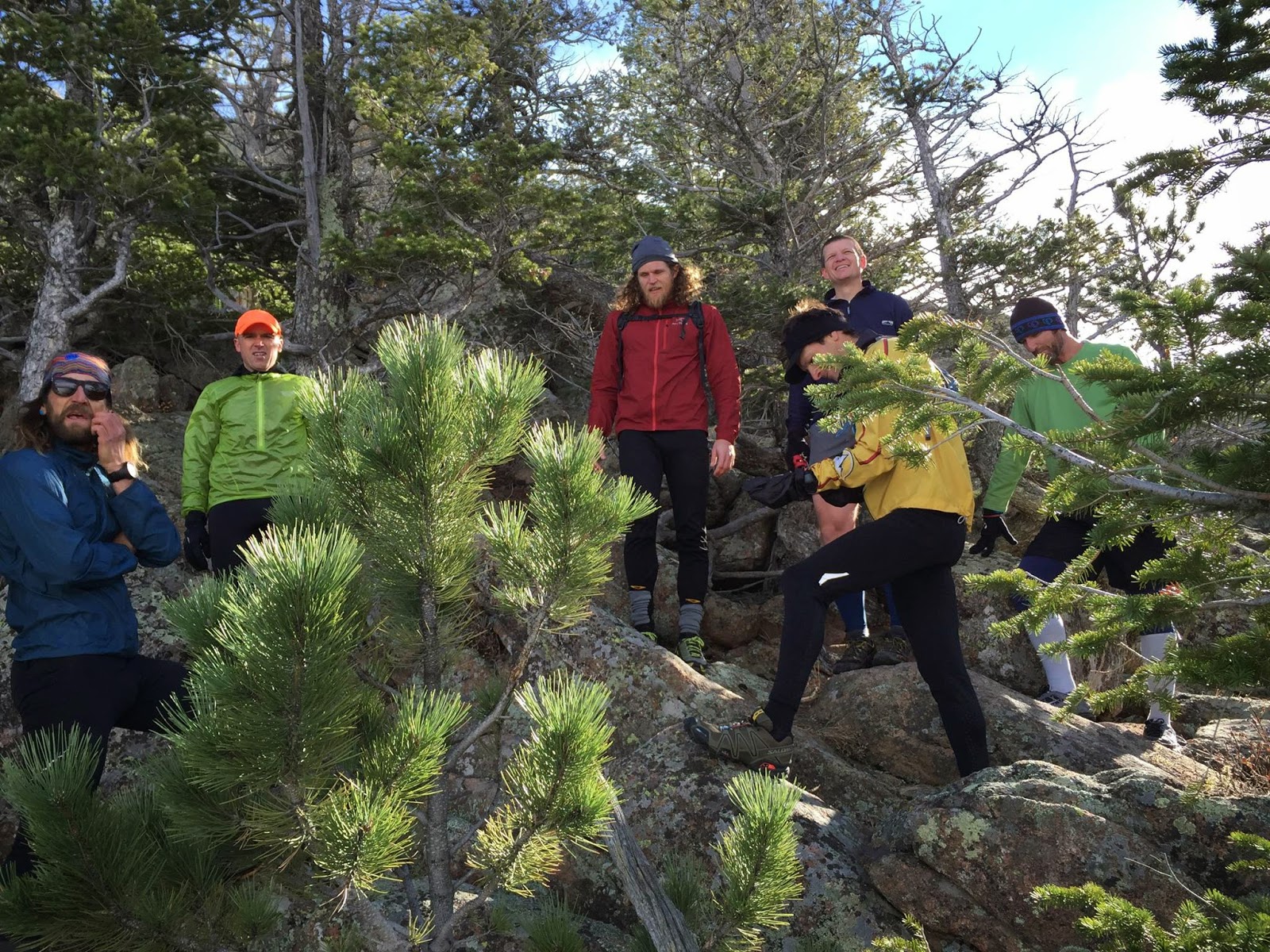 The following two photos I lifted from BoCo Ranger on Twitter, the first from the area near Walker looking toward Eldo. 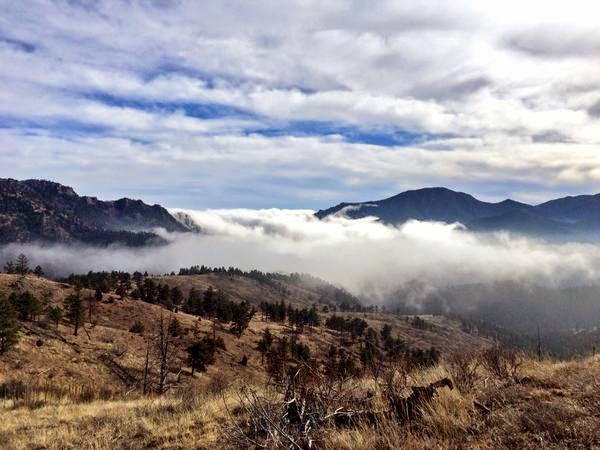 From Sugarloaf you can see Green just barely peeking above the clouds, center left, then Bear and SoBo in the direct center. 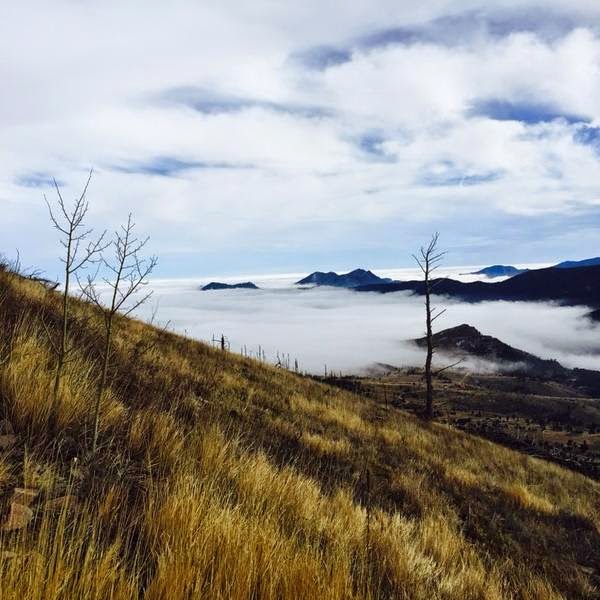 Tailgating afterwards.  Since I am one of two grown men on the planet who does not drink beer (along with Homie), George decided to bring me kid cereal instead to celebrate. 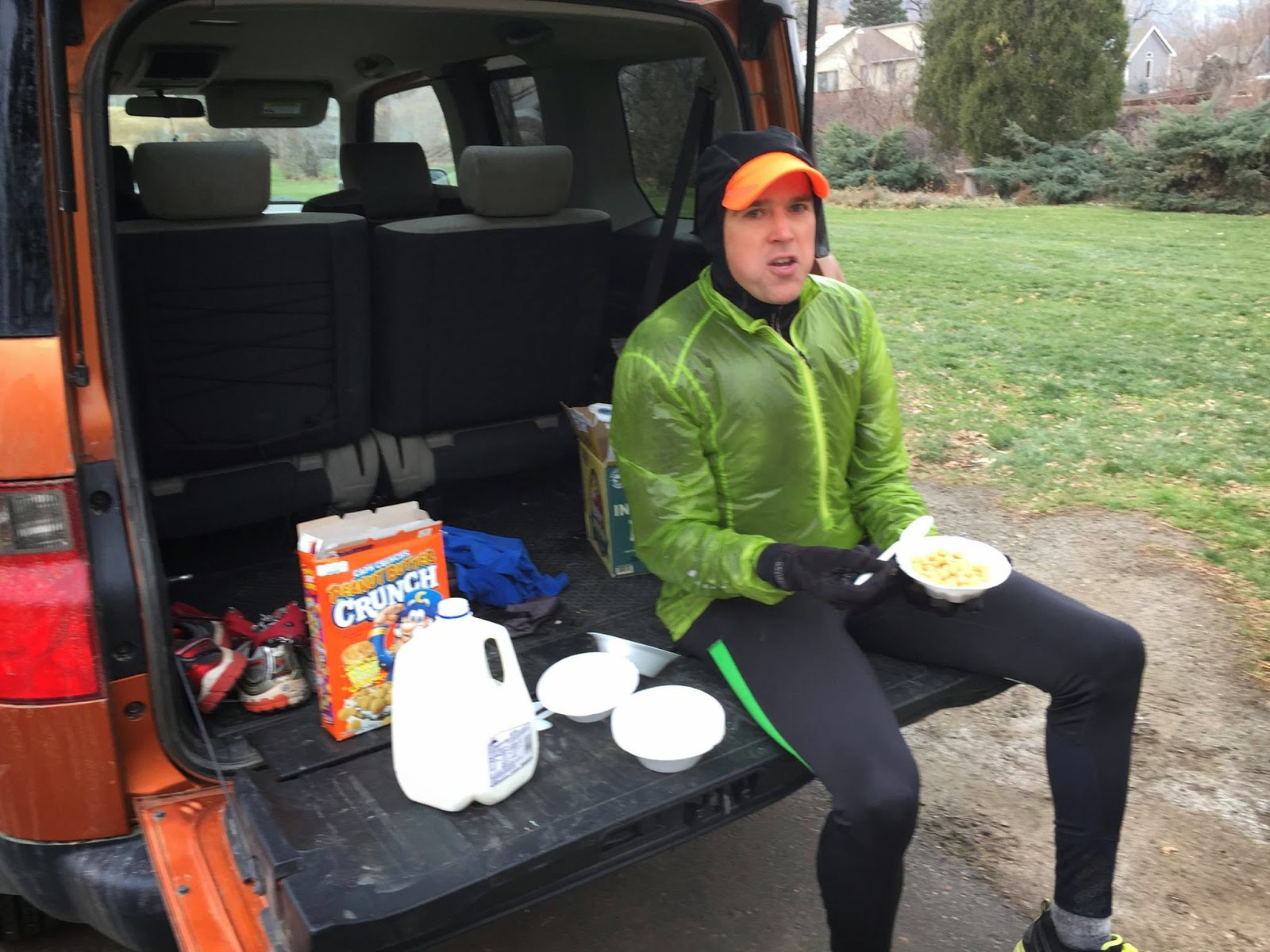 It was cold afterwards, but the storytelling and banter was too fun to pass up.  Especially Joe, he is as good at telling stories in person as in his writing. 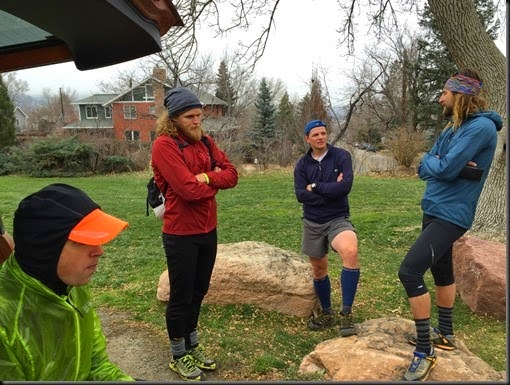 The change in weather on this day was incredible.  I had originally dressed in shorts, as it was ~55 degrees as I was preparing to run, but literally in the span of a half hour, the temperature dropped 30 degrees.  It was a good bit warmer above ~7,000 feet and much better in the sun above the clouds. 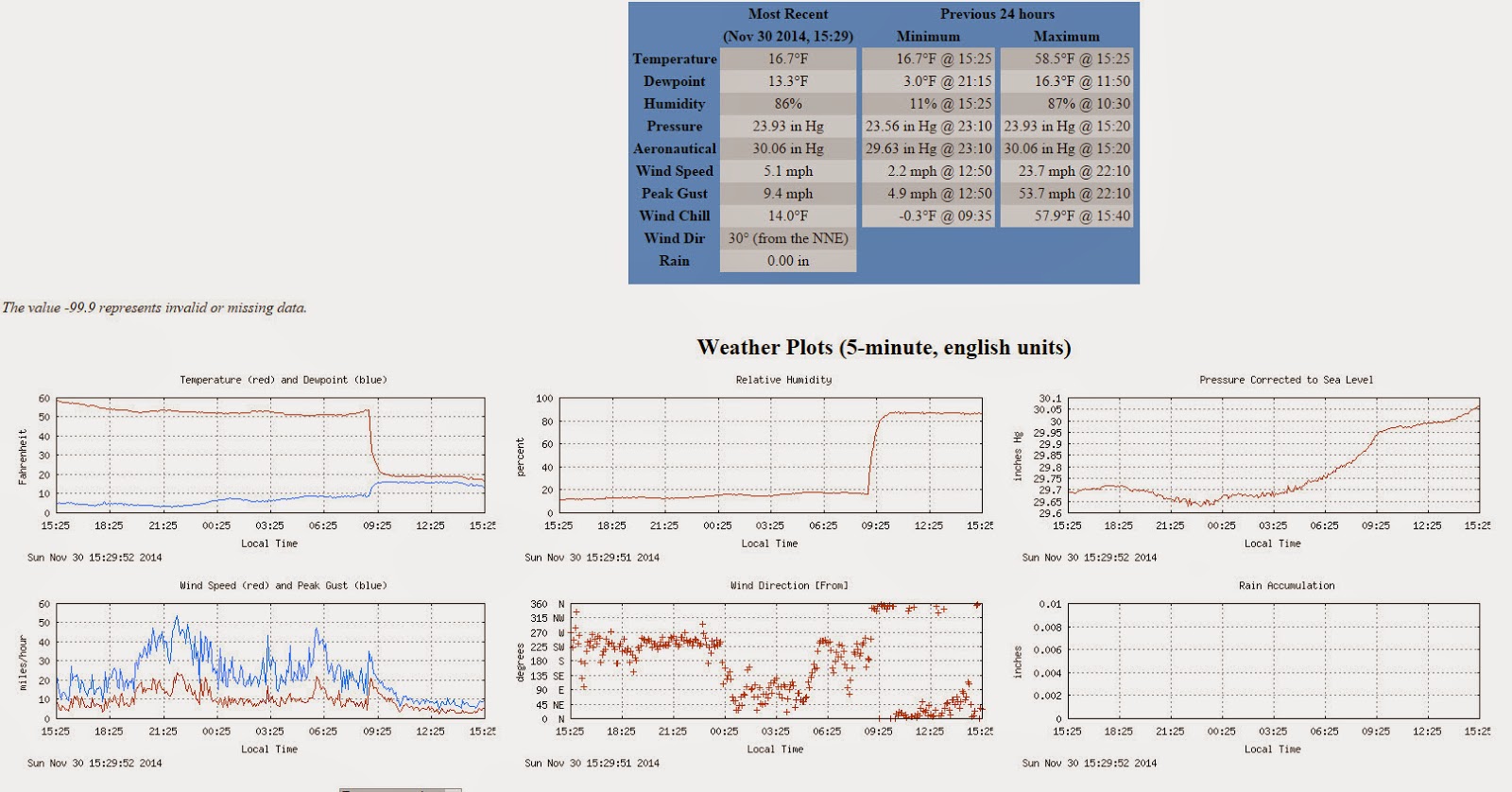 Posted by Jeff Valliere at 2:54 PM